Ryanair CEO Michael O'Leary says a 'variant-scariant' narrative by NPHET this week will be shown ...

Ryanair CEO Michael O'Leary says a 'variant-scariant' narrative by NPHET this week will be shown to be completely bogus.

He also says fully vaccinated EU citizens are being illegally denied access to travel to Ireland, and were 'threatened' at Dublin Airport.

The new EU Digital COVID Certificate was rolled out across every EU member state on Thursday, apart from Ireland.

Mr O'Leary questioned Transport Minister Eamon Ryan in an open letter as to why Ireland was the only EU country not to comply with the system.

And he told The Hard Shoulder other EU countries are like 'a different world'.

"The only country, as the EU themselves confirmed yesterday, that hasn't signed up or hasn't rolled out these digital COVID certs is Ireland.

"I was in Brussels on Tuesday of this week, it was a different world.

"I had a meal in a restaurant, the bars are open, they have similar vaccination rates to Ireland.

"People are wearing masks in public, but there's almost no restrictions on people moving around or on flights in and out of Brussels."

He says he expects "a practical return to normality by September/October.

"Vaccinations will be running up almost on demand at that point in time, and even Ireland will finally have opened up by September.

"And all of the variant-scariant narrative being put out by NPHET this week will have been shown to have been completely bogus. 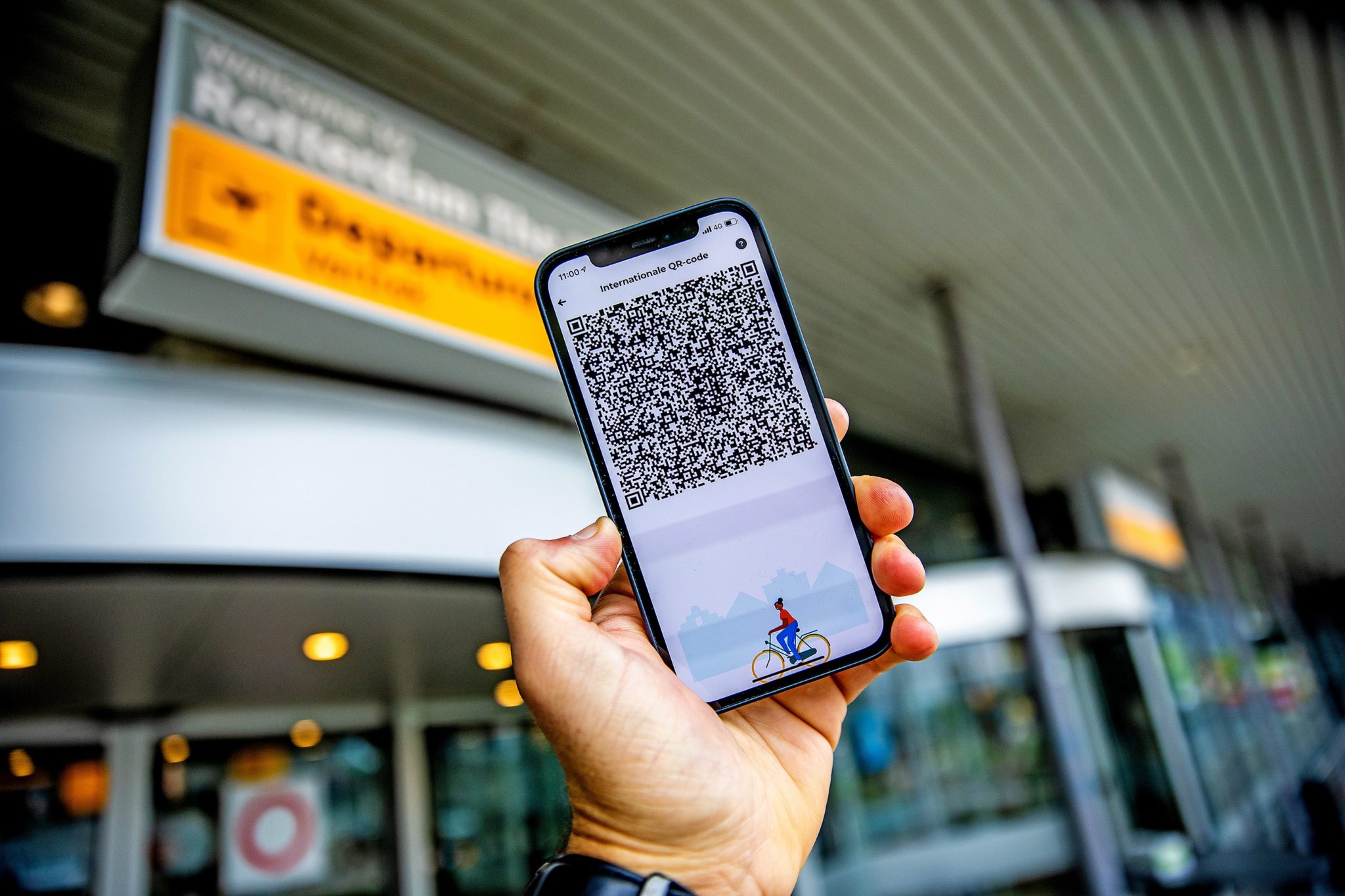 A QR code on a phone being presented in order to travel in Rotterdam, the Netherlands. Picture by: Pro Shots Photo Agency/SIPA USA/PA Images

On Ireland delaying the COVID cert, he says the country is breaking the law.

"Yesterday we had a whole slew of cases at Dublin Airport where fully vaccinated Belgian, Italian and German citizens arrived up with their QR code and their digital COVID cert only to be threatened with mandatory hotel quarantine by the border force who didn't know what the QR code was.

"We had chaos at the airport yesterday - and chaos being visited on fully vaccinated EU visitors, who have a legal entitlement to come to Ireland because they're fully vaccinated, pose no threat to public health.

"And yet they're being told either they have to spend 10 days in quarantine or they won't be allowed in at all".

Mr O'Leary adds that Ireland simply needs to turn the system on.

"We now have the bizarre situation that because of Eamon Ryan's abject failure to just switch on a computer, we have up to 200 million potential European visitors - all of whom are fully vaccinated - are now being illegally denied access to Ireland.

"We haven't turned on a computer system, which the Department of the Taoiseach has confirmed to us - the airline - can be turned on, it's ready to go, it can be turned on today and they won't switch it on".

The Department of Justice has dismissed the criticism, saying officers at the Border Management Unit are "fully aware of what the EU Digital COVID Certificate looks like".

It says they have been involved in on-site testing in preparation for its introduction on July 19th.

In a statement, it says: "The department does not comment on any individual cases, but if any person was stopped by the Border Management Unit yesterday who was in possession of a Digital COVID Certificate, it is likely that the certificate was granted on the basis that the person was fully vaccinated.

"The person may have been unable to provide evidence that they also had a negative PCR administered within 72 hours of their arrival in Ireland", it adds.