The US Vice President Mike Pence is to meet the President, Taoiseach and Tánaiste when he visits...

The US Vice President Mike Pence is to meet the President, Taoiseach and Tánaiste when he visits Ireland next month.

The White House says the travel is "on behalf of President Donald Trump."

On September 4th, Mr Pence will visit Iceland to highlight what the White House says is the country's strategic importance in the Arctic and "NATO's efforts to counter Russian aggression in the region".

The next day he will head to Britain to focus on "strengthening and expanding our bilateral economic relationship following the UK's departure from the European Union".

He will then visit Ireland on September 6th and 7th, at the invitation of Taoiseach Leo Varadkar. 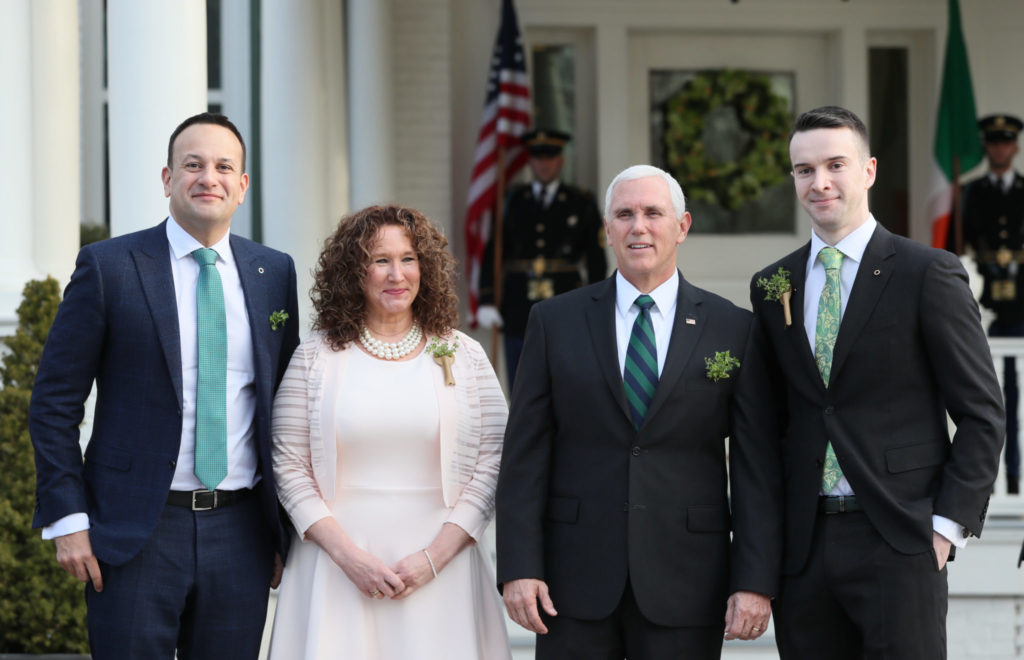 On this visit, the White House says: "The Vice President will voice the United States' commitment to maintaining peace, prosperity, and stability in Ireland by upholding the Good Friday Agreement, expanding bilateral trade and investment, and strengthening the economic relationship between our two countries."

While Mr Pence says he will "travel to Ireland, a country that is very near to my family's heart".

He adds that he will also be "celebrating my Irish roots!"

Finally, on September 6-7 we will travel to Ireland, a country that is very near to my family’s heart, where we look forward to meeting with President @MichaelDHiggins, Taoiseach @LeoVaradkar, and Tánaiste @simoncoveney while celebrating my Irish roots!

Mr Pence, who has Irish ancestry from Sligo and Clare, was invited to Ireland by Mr Varadkar in March during a St Patrick's Day event in the US.

He hosted Mr Varadkar and his partner Matt Barrett - which was seen as significant, as Mr Pence has been criticised in the past for his views on LGBT rights.

He has also been an opponent of laws promoting marriage equality.