US Capitol on lockdown as pro-Trump protesters storm building

The US Capitol was put on lockdown this evening as far-right demonstrators protesting US Presiden...

US Capitol on lockdown as pro-Trump protesters storm building

The US Capitol was put on lockdown this evening as far-right demonstrators protesting US President-elect Joe Biden’s victory clashed with police.

Both the US Senate and House of Representatives went into recess as a result of the lockdown.

The Senate was evacuated as hundreds of Trump supporters swarmed the Capitol Building, with US Vice President Mike Pence taken to a secure location.

At one point police officers drew their guns in the House chamber as protesters tried to break in. 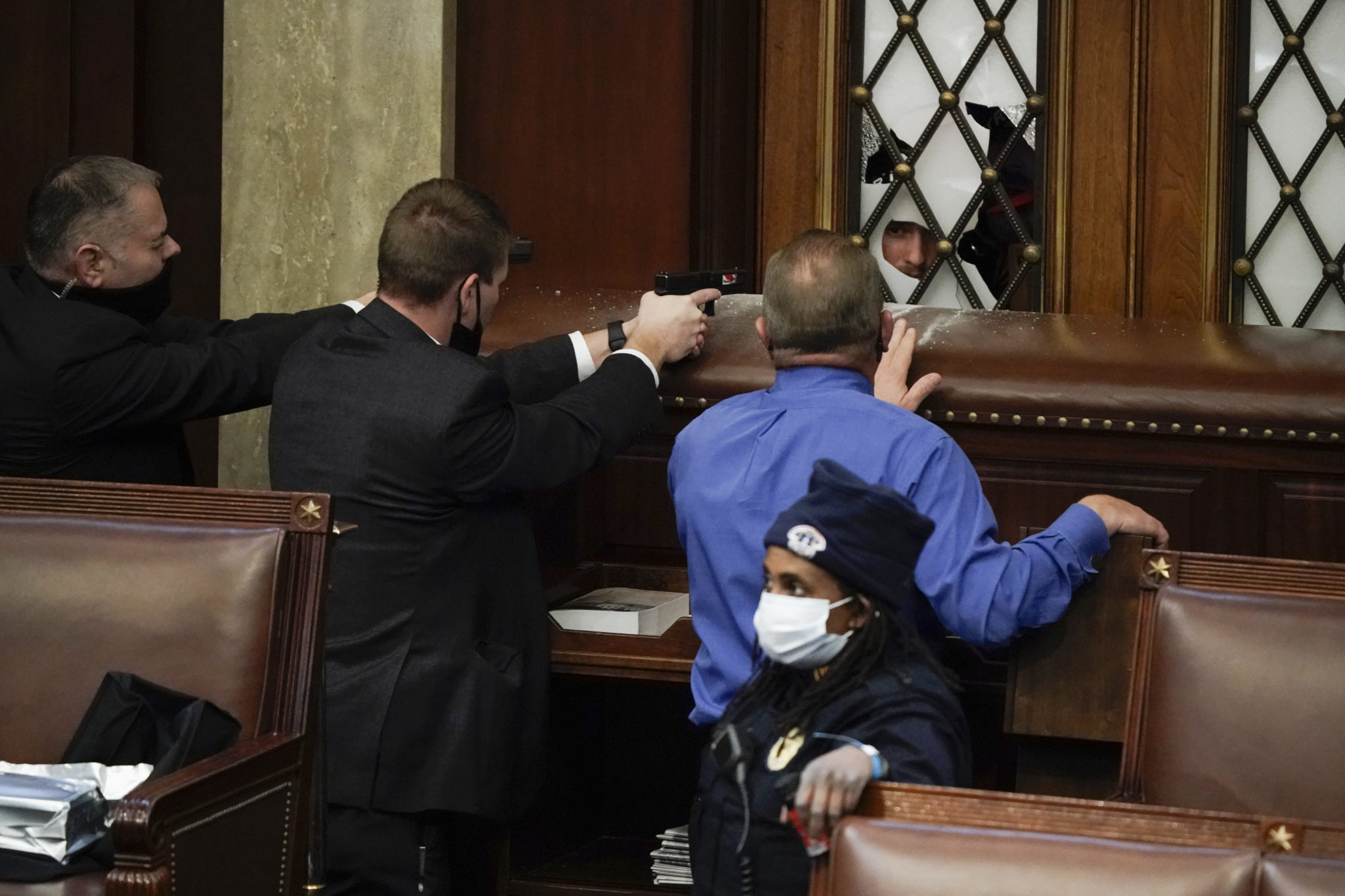 Police with guns drawn watch as protesters try to break into the House Chamber at the U.S. Capitol, 06-01-2021. Image: AP Photo/J. Scott Applewhite

US Congress had been affirming Joe Biden's win in the 2020 US general election when the protesters stormed the building.

They have since entered the Senate chamber and NBC news is reporting that at least one person has been shot by a member of law enforcement.

In a speech, President-elect Biden said the US democracy was under an "unprecedented assault."

“On the public servants who work at the heart of our republic. An assault on the rule of law like few times we have ever seen.”

He said the “scenes of chaos” we have seen today “do not reflect the true America."

I call on President Trump to go on national television now to fulfill his oath and defend the Constitution by demanding an end to this siege.

“What we are seeing are a small number of extremists dedicated to lawlessness,” he said.

“This is not dissent; It is disorder. It is chaos. It borders on sedition and it must end now.”

He said he was calling “on this mob to pull back and allow the work of democracy to go forward.”

“The words of a president matter no matter how good or bad that president is,” he said.

“At their best, the words of a president can inspire. At their worst, they can incite.

“Therefore, I call on President Trump to go on national television now to fulfil his oat, defend the constitution and demand an end to this siege.”

In a video message President Trump urged his supporters to go home in peace.

He opened the video with his unproven allegations about the Presidential election before saying: “You have to go home now.”

He said it is currently a “very tough period of time” and repeated his claims about the election.

“We can’t play into the hands of these people,” he said. “We have to have peace.

“So, go home. We love you. You are very special. We have seen what happens. We have seen the way others are treated that are so bad and so evil

“We know how you feel but go home and go home in peace.”

BREAKING: Protesters are on the Senate floor now: pic.twitter.com/k4Q0ln8pZs 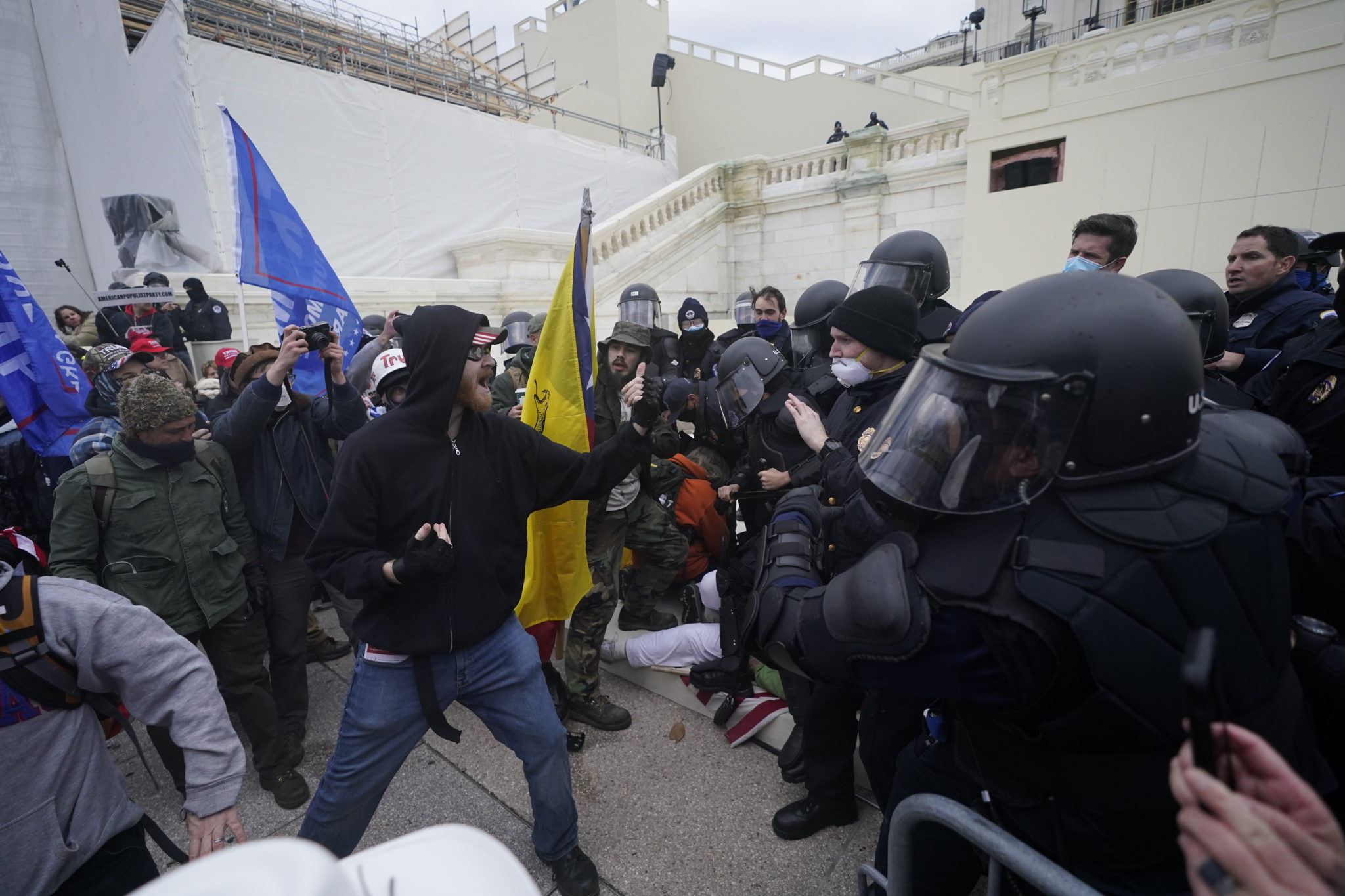 The said a suspicious package was also reported in the area.

Protesters were filmed tearing down barricades at the Capitol steps with officers in riot gear holding them back with shields and pepper spray.

The entire Washington DC National Guard has been activated by the US Department of Defence as the protests continue.

“We are calling on President Trump to demand that all protestors leave the US Capitol and Capitol grounds immediately,” reads the joint statement.

.@SenSchumer and I are calling on President Trump to demand that all protestors leave the U.S. Capitol and Capitol grounds immediately. pic.twitter.com/z6D8qb6bpe 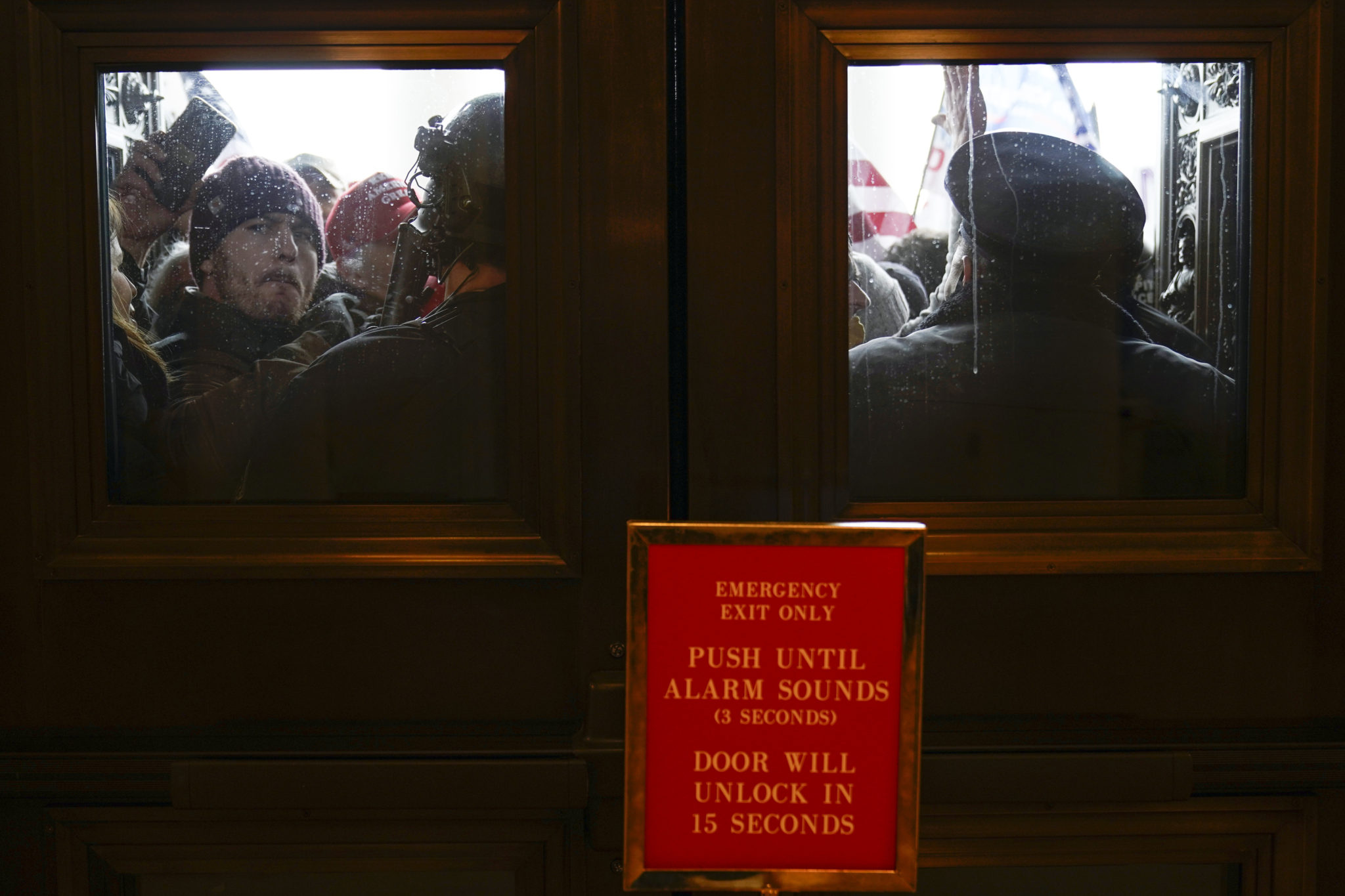 Police try to hold back protesters outside the east doors to the House side of the US Capitol, 06-01-2021. Image: AP Photo/Andrew Harnik

It comes after President Trump turned on his Vice President Mike Pence - accusing him of lacking courage over his refusal to intervene in the election result.

President Trump earlier repeated his claim that the election was stolen from him and called on Mr Pence to "do the right thing" and block the formal confirmation of Joe Biden's presidential win.

Shortly afterwards, the vice president published a letter confirming that he does not have such powers and did not believe those powers should be afforded to anyone in his role. 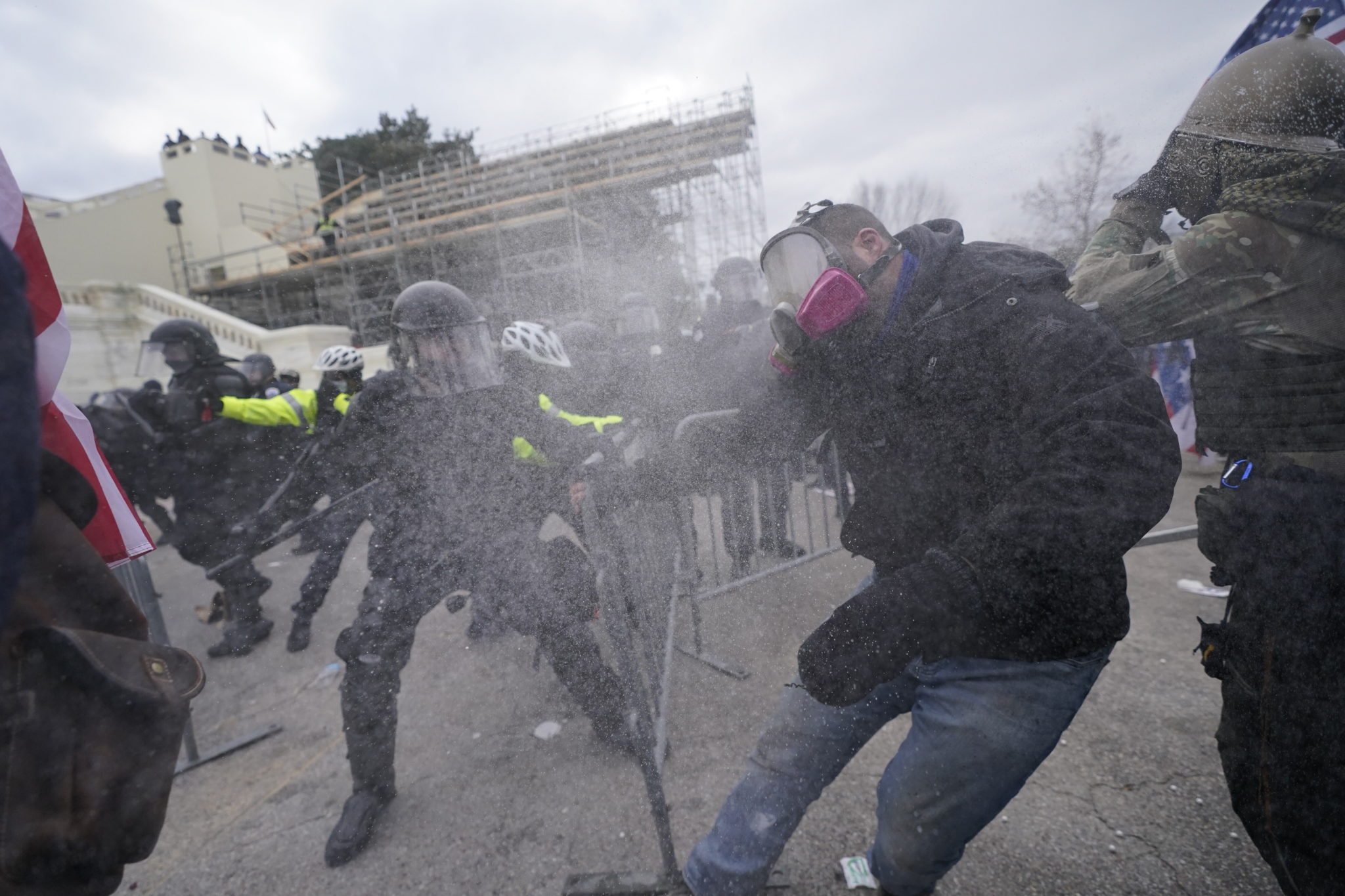 The mayor of Washington DC has ordered a curfew as protestors continue to swarm the building.

At home, the Foreign Affairs Minister Simon Coveney described the scenes as a “deliberate assault on democracy by a sitting president and his supporters.”

“Shocking and deeply sad scenes in Washington DC,” he said.

“We must call this out for what it is – a deliberate assault on democracy by a sitting president and his supporters, attempting to overturn a free and fair election.

“The world is watching. We hope for a restoration of calm."

Shocking & deeply sad scenes in Washington DC - we must call this out for what it is: a deliberate assault on Democracy by a sitting President & his supporters, attempting to overturn a free & fair election! The world is watching!
We hope for restoration of calm. pic.twitter.com/1OdQYEB35K