The Luas stops running at midnight, and there will be no Nitelink service on Easter Sunday

A lack of taxis and public transport at night is 'a huge safety issue' in Dublin and around the country.

That's according to Hannah, who manages a city centre restaurant.

She told Barry Whyte for The Hard Shoulder she has given up waiting on taxis.

"After waiting [the] past three weekends for a taxi, two hours long, I just decided to walk back home.

"Forty-five minutes - 2am, 3am - after bank holidays 4am, 5am that depends how long people are staying in the restaurant."

She says members of her staff have been attacked.

"Almost every girl from my team had some sort of a situation and a story to talk about.

"One of the girls - she didn't end up being kidnapped - but actually two guys stopped at the bus stop and they tried to drag her into the car.

"She fought them off and ran, she actually came back to the restaurant.

"Another girl she got sexually assaulted by guys and ended up in hospital and never came back to work.

"So it is a huge safety issue". 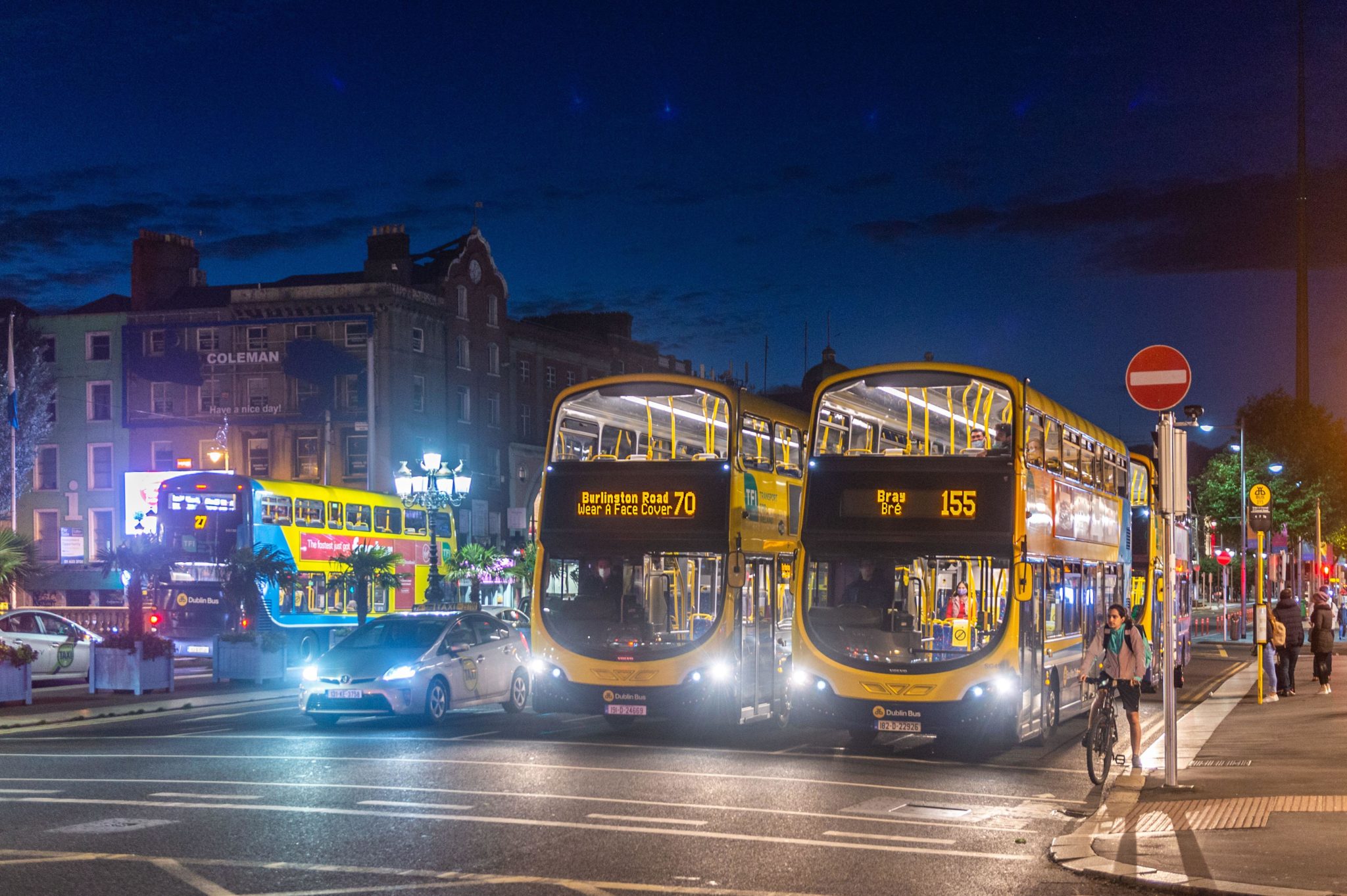 'Can't actually get back home'

Hannah says she now has to factor in where people live to give them work.

"From the point of hospitality it's actually very difficult.

"We want to have as best quality of service in restaurants, for example, for all the people who have days off.

"But we have to keep an eye on them leaving, for example, at 9pm because other than that they won't actually get back home.

"It got very difficult after the pandemic lockdowns [were] lifted, so it actually impacts very much".

She says a lack of transport to get people home means some are refusing the work.

"They actually even inform me in advance 'I cannot take the job because I won't have any way to go back home after 10pm'.

"I think the latest is 10.30 is a limit for most of the employees who live outside of the city centre.

"It actually got to the point that when I'm even searching for a new employee, I'm checking on the CV where they live.

"Other than that I cannot accommodate them at work - or I would have to cut the hours for my business [and] close early for everyone to get back home".

As we come into the long Easter weekend, there is criticism of dwindling public transport services in the capital.

The Luas is to stop running at midnight, while there will be no Nitelink service on Easter Sunday.

And Irish Rail say engineering works between Grand Canal Dock and Greystones mean there will be no trains between these stations from Saturday to Bank Holiday Monday.

Jim Waldron, spokesman for the National Private Hire & Taxi Association, has previously said the system is over-reliant on taxis.

"Taxi drivers generally get the brunt of the kickback from punters.

"A lot of drivers have left, I wouldn't say it was an attractive job.

"It's not financially viable unless you're willing to work the Friday night and Saturday night, and put up with all the hassles that's there."

And he said there's a reason there are no cars on taxi apps.

"Another thing that customers generally complain about is that they couldn't get a taxi on their app.

"Most taxi drivers turn off their apps at midnight or around midnight because app companies charge, on average, around 15% per job.

"And if there's lots of people on the street, why would you want to do the app work when you're getting 15% more for every job that you do."

Main image: Taxis waiting for business along The Quays in Dublin in December 2008. Picture by: Mark Stedman/RollingNews.ie