A travel expert says he believes the Government's 'green list' of safer countries to travel to wi...

A travel expert says he believes the Government's 'green list' of safer countries to travel to will be scrapped by the end of the week.

It comes after there was no mention of the list or international travel, as part of new restrictions announced on Tuesday.

But Eoghan Corry told Pat Kenny: "The green list, I suspect, is about to perish.

"It's been not fit for purpose for any reason - it didn't actually give the clarity that we needed for, for instance, business trips and things like that to get going again.

"Nevermind the holidays, which the Government was set against.

"The second thing that happened, and Ronan Glynn has said at the very beginning when Ireland was around four cases over the last rolling average of 14 days, that he didn't want the green list to increase by Ireland going up [in the number of cases].

"But what we've seen since is that Ireland has been creeping up past the 20 - which is the white list.

"If you're a non-EU country to get into the EU, 20 was the standard.

"But all the other countries have risen as well. 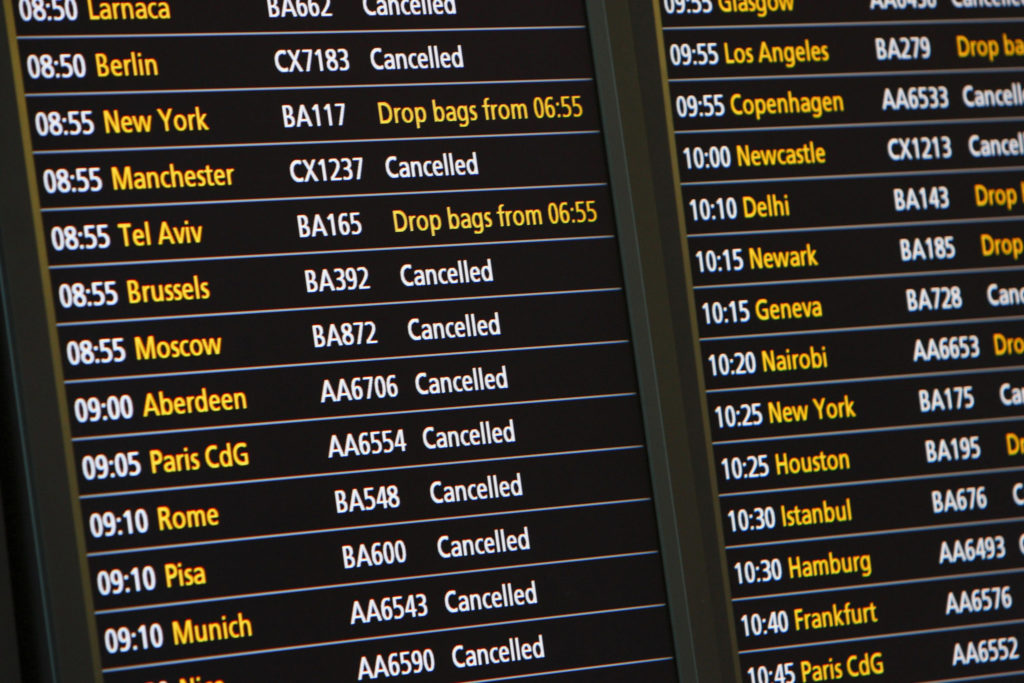 A departures board at Heathrow Airport in London, England in 2010. Picture by: Chris Ison/PA Archive/PA Images

"Portugal, which would have been way off the first green list, would be very close.

"Spain, which would be close to the first green list, is way off the top."

"There's so many moving parts to this that the green list, as it's compiled, makes no planning possible - either for an airline or for a tourism body or for business people who want their machines serviced, waiting for an engineer to come in who has to be fully insured.

"And I think coming to the end of this week that the green list might be binned altogether, and we might be back to the original advice: which was all but essential travel banned for nearly the whole world.

"All the other European countries, while they've policies for non-EU countries - like for instance America with very high levels - they have kept Europe open".

It comes as new figures show some 10.3 million fewer passengers used Irish airports in the second quarter of this year compared to 2019.

The Central Statistics Office (CSO) says passenger numbers for the first half of 2020 fell by 66.1%.

The number of flights to and from Irish airports in dropped by more than 67,500.

While the number of passengers arriving to or departing from Ireland in April fell by 99.2%.

These decreases are associated with the restrictions due to COVID-19.

Dublin accounted for 94.6% of all air passengers handled in the second quarter.

Knock Airport was closed for April, May and June.

In the first half of 2020, 6.0 million passengers travelled through the main Irish airports - a fall of two-thirds compared with the same period in 2019.

Almost nine out of every 10 passengers on international flights were travelling to or from Europe.

Within Europe, the United Kingdom and the Netherlands were the most popular routes.

Amsterdam-Schiphol, London-Heathrow and London-Stansted were the most popular routes through Dublin Airport.

Outside of Europe, the most popular route was to or from the United States of America.

And the amount of air freight handled by the main airports also decreased by 3.8% to 32,593 tonnes in the second quarter.

The vast majority of this (94.4%) was international freight.