Total of 6,666 abortions were carried out in Ireland last year

A total of 6,666 abortions were carried out in Ireland last year, according to official figures.

Details have been released of the first year where terminations of pregnancy were allowed to be carried out in certain circumstances, following the repeal of the Eighth Amendment.

A majority of the terminations - 6,542 - took place in early pregnancy.

100 were related to cases where there were conditions likely lead to the death of a foetus.

The remaining 24 were conducted when there was a risk to life or health of the woman - including three cases in an emergency.

The Department of Health has also published a geographical breakdown of where the women who received abortions resided, including 67 women from Northern Ireland. 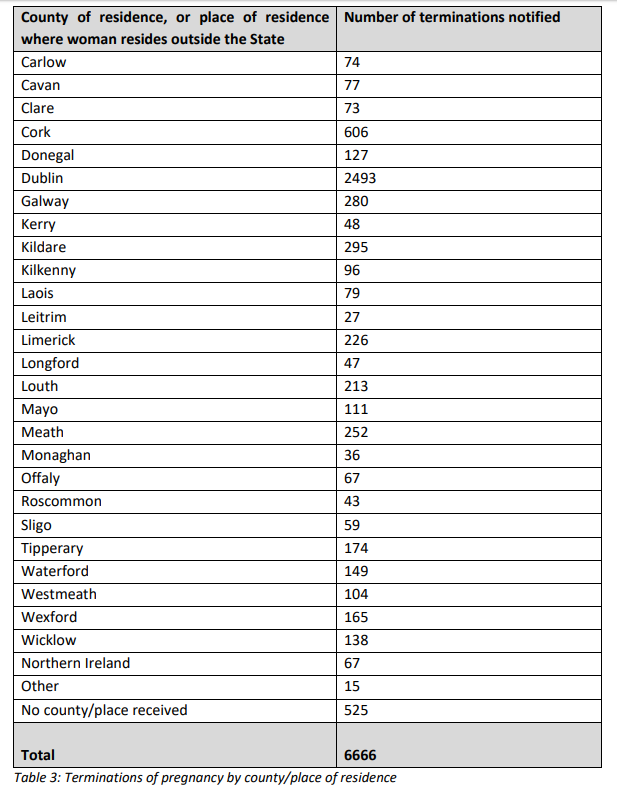 The legislation allowing for terminations in Ireland came into force in 2019, following the referendum to repeal the Eighth Amendment in May the previous year.

It allows for abortions for up to 12 weeks into a pregnancy, and in very limited circumstances - such as when there is a risk to the life of the pregnant woman - after that.

A report detailing the number of terminations has to be legally published every year.

Abortion to become legal in the North from midnight