A young Dublin drummer who rocked it on stage with the Killers this week says the experience felt...

A young Dublin drummer who rocked it on stage with the Killers this week says the experience felt “really natural” with no time for nerves.

20-year-old Sam Connolly from Monkstown was called up on stage by frontman Brandon Flowers to perform their hit ‘For Reasons Unknown.’

The US band were headlining Malahide Castle this Tuesday and Wednesday – two years after they were originally due to take their tour to Dublin. 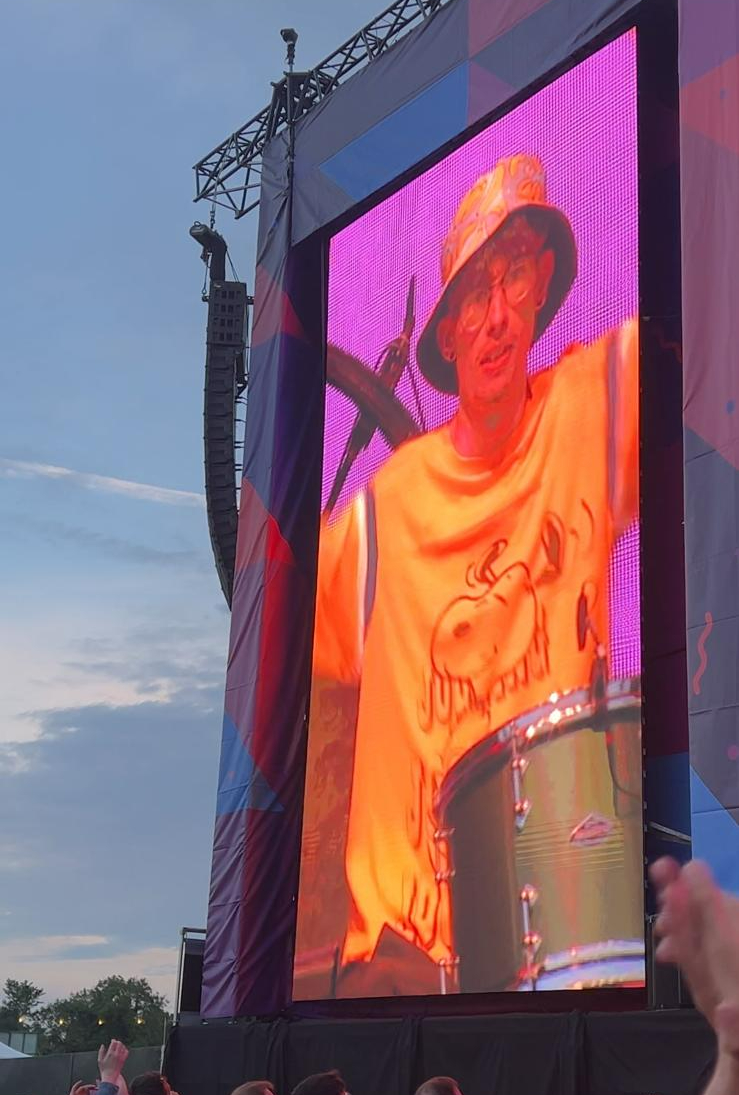 Sam carried a sign reading: “Can I play drums on For Reasons Unknown?” and after catching Flowers’ attention he got his wish.

On Newstalk Breakfast this morning, he said he was up all night on Monday preparing the plan.

“The night before, my friend Joe texted me and said, if I make a sign, they might see me and let me up,” he said.

“So, I stayed up until 5am making the sign and we just got as close as we could to the front and he noticed and he brought me up.”

Sam from Monkstown, Dublin, joined @thekillers @MalahideCastleG & he was epic on drums funny enough. Just an amazing gig! I haven’t been to a huge gig like this since 2019. So happy! Sam’s over the moon, I’d say! pic.twitter.com/IveLcN99od

He said he “just kind of a had a feeling all day” that the plan would work – and when he got on stage the adrenaline kicked in.

“It felt really good,” he said. “It felt really natural – which is kind of weird because it is not a very natural situation but, I don’t know, I just had the most fun ever. I remember smiling the whole time.”

Dublin drummer Sam (20) on playing on stage with The Killers: ‘I felt all day this was going to happen’ https://t.co/wNi4uLcw84 pic.twitter.com/gVzcGGXdGl

He said he didn’t have a minute to let the nerves kick in.

“From the second he said come up … the second I hopped the barrier - you have to run so in that time - I didn’t have space for nerves,” he said.

“I was kind of in the zone I guess, with the adrenaline, it was really, really good.”

Sam is the drummer with Dublin band MT.Heads and you can listen to their new single here.

“Are you not entertained?” | The case for Kenny on The ROI Hour