The Taoiseach is in Manchester today for the 32nd British-Irish Council Summit. Leo Varadkar will...

The Taoiseach is in Manchester today for the 32nd British-Irish Council Summit.

Leo Varadkar will meet with the UKs de-facto deputy prime minister David Lidington – with Brexit and the ongoing Stormont impasse high on the agenda.

Brexit talks will focus on the implications of the UKs withdrawal from the EU on relations across the islands.

Mr Varadkar is also expected to voice his regret that Northern Ireland is not represented due to the ongoing power-sharing stalemate.

After the meeting he will visit a number of Irish businesses in the area, including the new ESB energy offices and the Sisk development at Circle Square, which is one of the largest building projects in central Manchester.

BIC Energy Ministers meet together at #BICUK in Manchester hosted by @GOVUK pic.twitter.com/yRGVcZMfN6

The Minister for Climate Action Richard Bruton is accompanying the Taoiseach on the trip and is expected to discuss plans for joint climate action.

The council is made of Ireland, Northern Ireland, Scotland, England, Wales, Guernsey, the Isle of Man and Jersey.

UK Prime Minister Theresa May is in Japan for the G20 Summit of the leaders of the world’s top economies. 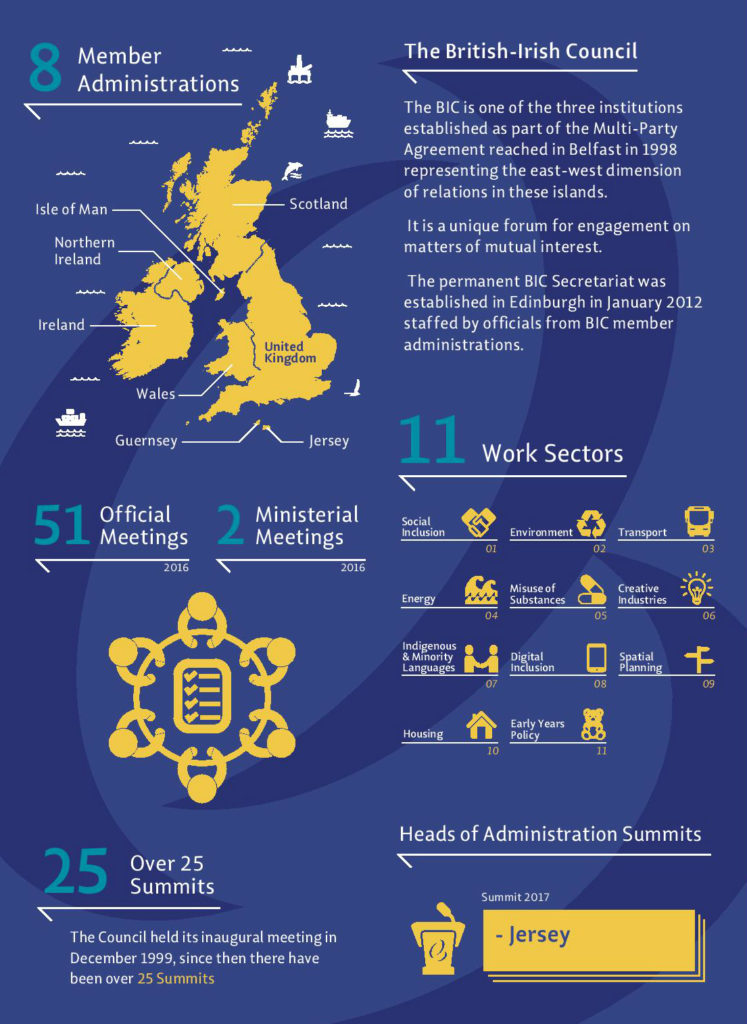