The move is seen as a major setback for New York Governor Andrew Cuomo and Mayor Bill de Blasio, who had lobbied intensely for the project.

Cuomo hit out at "a small group" of politicians, who he said "put their own narrow political interests above their community".

He said: "Amazon chose to come to New York because we are the capital of the world and the best place to do business.

"We competed in and won the most hotly contested national economic development competition in the United States, resulting in at least 25,000-40,000 good paying jobs for our state and nearly $30bn in new revenue to fund transit improvements, new housing, schools and countless other quality of life improvements," he said

Cuomo had offered major incentives, to the tune of some US$3bn (€2.6bn), for Amazon to come to the area.

But others felt that was money that could have been better spent.

Congresswoman Alexandria Ocasio-Cortez said: "We were subsidising those jobs, the city was paying for those jobs.

"So frankly, if we were willing to give away $3bn for this deal we could invest those $3bn in our district ourselves if we wanted to".

This deal wasn’t a simple tax break. It was $3 BILLION dollars.
When the community wanted to negotiate, Amazon said “all or nothing.” They bailed when they didn’t get 100% of what they wanted.

Amazon touting “jobs” (has anyone fact-checked where this 25k number even came from? How many were promised to be local hires?)

...but they refused to even consider hiring union when we insisted labor be part of the conversation.

Union jobs are a key ladder to the middle class. https://t.co/HefYzOBhyG

In a statement, the company said: "After much thought and deliberation, we've decided not to move forward with our plans to build a headquarters for Amazon in Long Island City, Queens.

"For Amazon, the commitment to build a new headquarters requires positive, collaborative relationships with state and local elected officials who will be supportive over the long-term.

"While polls show that 70% of New Yorkers support our plans and investment, a number of state and local politicians have made it clear that they oppose our presence and will not work with us to build the type of relationships that are required to go forward with the project we and many others envisioned in Long Island City." 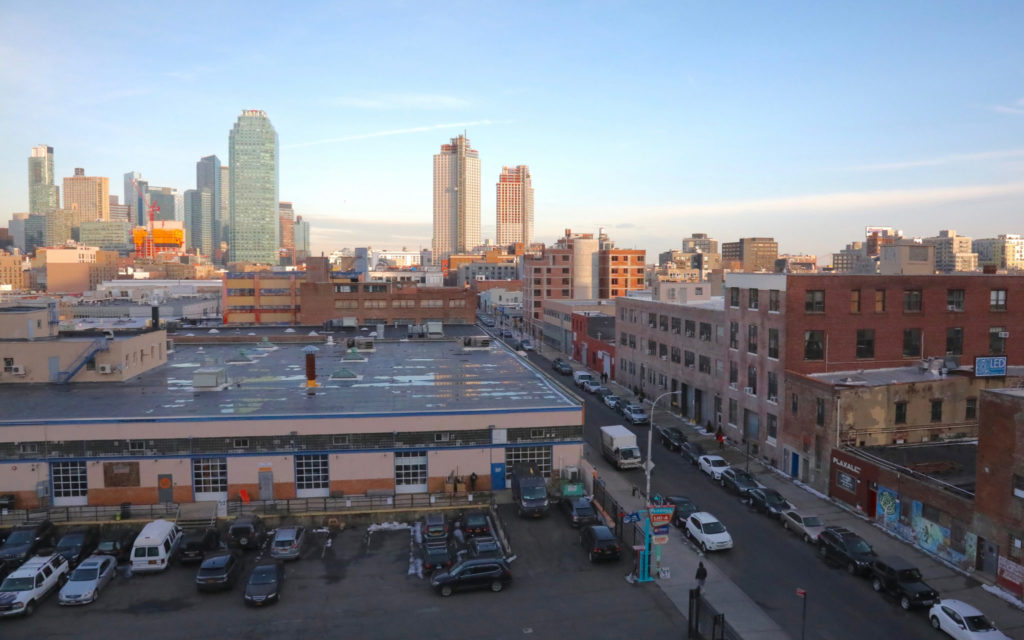 This photo shows a view of an area of Long Island City, a neighborhood of the Queens borough of New York | Image: Bebeto Matthews/AP/Press Association Images

The company said it was "disappointed" to have reached this conclusion - it currently has over 5,000 Amazon employees in the New York area.

The company said: "We are deeply grateful to Governor Cuomo, Mayor de Blasio, and their staffs, who so enthusiastically and graciously invited us to build in New York City and supported us during the process.

"Governor Cuomo and Mayor de Blasio have worked tirelessly on behalf of New Yorkers to encourage local investment and job creation, and we can't speak positively enough about all their efforts."

Amazon also said it is now not planning to open a second headquarters "at this time."