Some 61 new speed cameras are going live for the first time this morning.

The cameras are spread across motorways, regional and national routes in 23 counties around the country.

It comes as Gardaí and the Road Safety Authority continue to urge drivers to slow down on our roads.

Over the weekend, five people were killed on Irish roads, bringing the total number of deaths this year to 94 – up 28 on this time last year.

In all, there are now 1,373 speed cameras in place around the country.

They include the new Average Speed Cameras in operation on the M7 between Nenagh West and Birdhill.

Since speed cameras were first introduced in Ireland, they have been the basis for 2.2 million speeding tickets.

The exact locations of the 61 new speed cameras are: 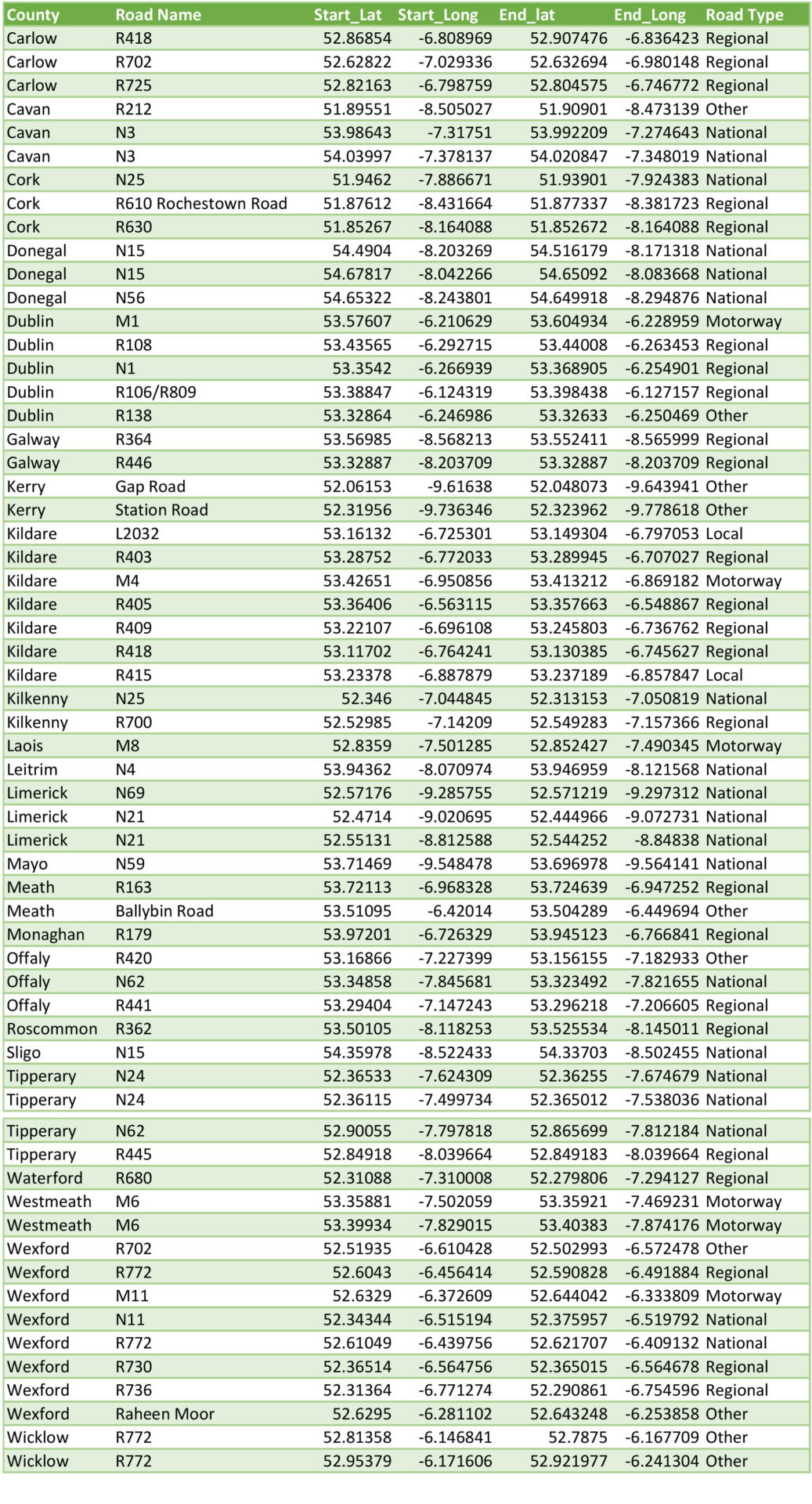