Sharon Stone has dating account shut down over 'fake' fears

US actress Sharon Stone has complained to dating app Bumble, after they blocked her profile. The ...

Sharon Stone has dating account shut down over 'fake' fears

US actress Sharon Stone has complained to dating app Bumble, after they blocked her profile.

The actress shared a screen shot, which showed her account was taken down after several users reported it for being a fake.

A message read: "Your account has been blocked because we've received several reports about your profile being fake."

But the star of 'Basic Instinct' asked was "being me exclusionary?" - before asking them not to 'shut her out of the hive'.

I went on the @bumble dating sight and they closed my account. ????
Some users reported that it couldn't possibly be me!
Hey @bumble, is being me exclusionary ? ???????
Don't shut me out of the hive ??

In a statement to Newstalk.com, a Bumble representative said: "Sharon Stone is back on Bumble.

"Our apologies for the confusion as we're so honored that Ms Stone wants to be a part of the hive.

"However, being the icon that she is, we can understand how so many of our users felt it was too good to be true once they noticed her profile wasn't photo verified.

"Photo verification is just one of the many ways to connect with confidence on Bumble.

"In light of our mix-up with Sharon Stone, we'd like to extend an invitation for her to come to Austin and allow us to host her at the hive for a few hours of profile prep and great food".

The actress has also starred in the original 'Total Recall' film, opposite Arnold Schwarzenegger, and has had several guest starring roles on TV series such as 'Law and Order: SVU'. 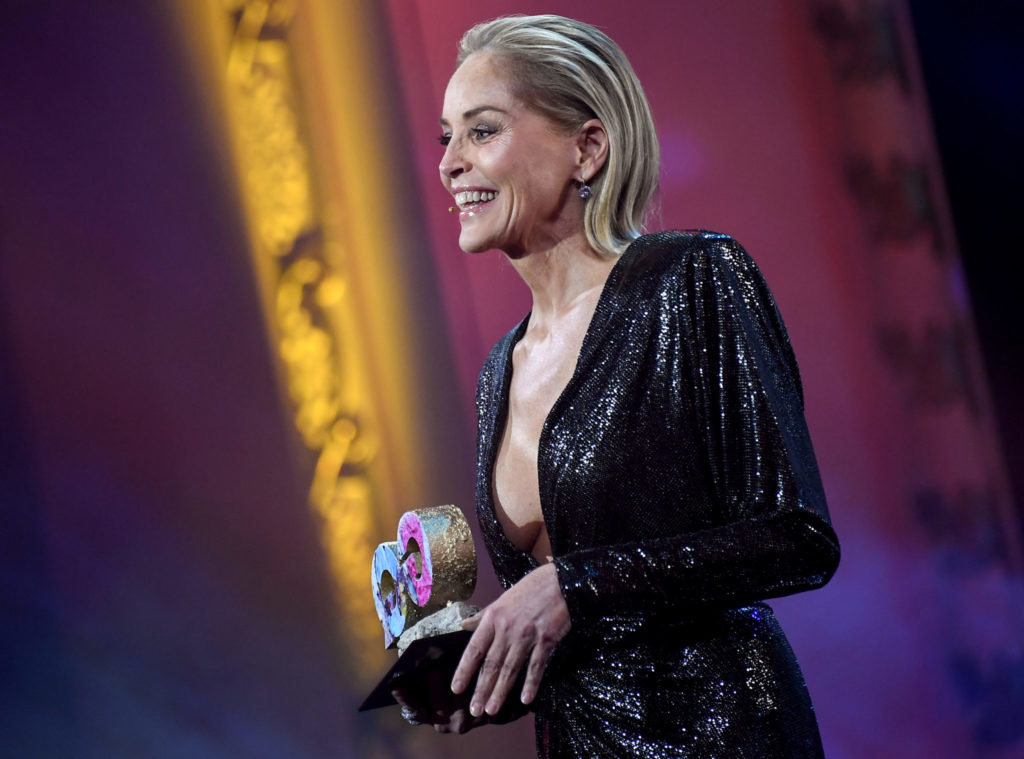 Sharon Stone is named Woman of the Year at the 2019 'GQ Men of the Year Awards' in Berlin, Germany in November 2019 | Image: Britta Pedersen/DPA/PA Images

She was also nominated for an Academy Award for her leading role in 1995's 'Casino'.

In a 2013 TV interview, Ms Stone said her family emigrated from Ireland during the Great Famine.

Bumble, which is based in the US state of Texas, describes itself as "the first app to bring dating, friend-finding, and career-building into a single social networking platform."

"We're envisioning a world free of misogyny, where all relationships are equal", the app says.