The Transport Minister Shane Ross has compared a Sinn Féin TD to a donkey during a heated debate...

The Transport Minister Shane Ross has compared a Sinn Féin TD to a donkey during a heated debate on Brexit.

Imelda Munster had been berating Minister Ross on the need for motorists to have green cards to drive in the North in the event of no-deal British exit from the EU.

It came as the Dáil was finishing the debate on emergency no-deal legislation.

Deputy Munster said: "Firstly I'm delighted you could make an appearance this morning, that due to your pressures of work and I hope you hadn't to skip your elevenses.

"Your problem is minister that the problem isn't solved.

"Other ministers had managed to resolve issues around their briefs - in particular in relation to the Common Travel Area.

"They had managed to do it - why? - because they put the effort and the time in to do it.

"I won't say that you don't care, but I don't think you actually realise just how important these issues are for people living in border areas - and the nightmare that it's going to be...  particularly in relation to licences and green cards. 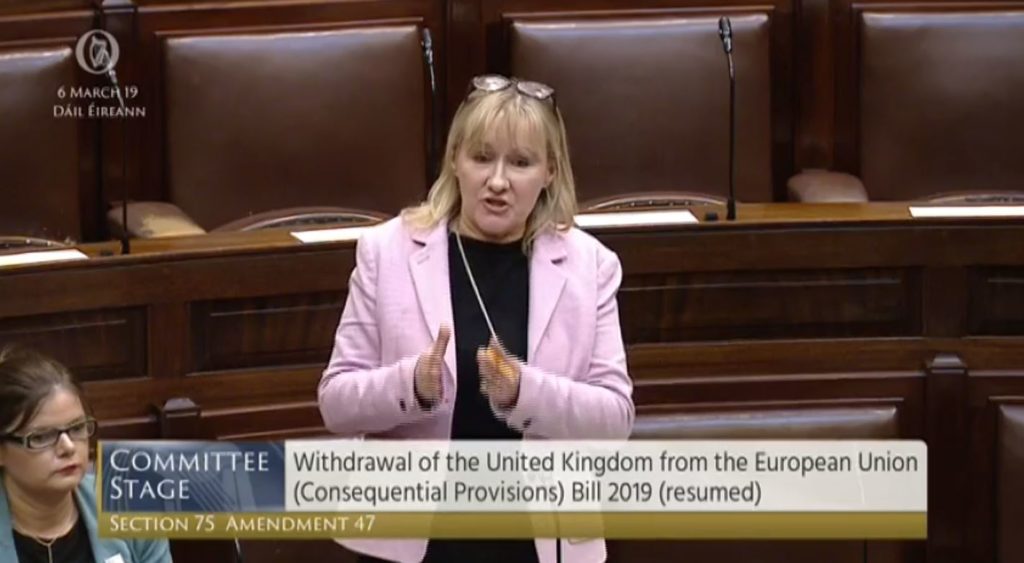 "But even down to a farmer driving a tractor across his fields - if one field is in the North and the other is in the South - does he need a green card?

"If he has an accident on his tractor, does he need a green card?

"These are the basic day-to-day issues that are leaving people in total confusion as to what they need and what they have to do, and you've done nothing to resolve it."

In his reply, Minister Ross said: "We had a very sensible discussion here last night between two of your colleagues - Deputy Doherty and Deputy Ó Snodaigh - about green cards.

"As I said before you came in - and you were late here again today - that what they were doing was something very constructive.

"We couldn't agree to what they were doing because it wasn't in our power - but they were representing their communities extraordinarily well.

"They were like thoroughbreds in a horse race. You came in, as you normally do, and you're like a donkey at the last race, at the last fence.

"You upset the whole apple cart".