The search for an Irish man who has been missing in a US national park for a month is continuing ...

The search for an Irish man who has been missing in a US national park for a month is continuing but on a scaled back basis.

Concerns were raised when he didn't arrive at work two days later, and he was subsequently reported missing to Teton County Sheriff's Office.

Park officials issued an update overnight that no new information has been reported about the missing 27-year-old.

However, an updated flyer was issued providing more information on the items he had in his possession when he set off for his hike last month.

It provides updated details on what he was wearing and what devices he was carrying when he was last seen.

These include a red Apple watch, a red iPhone 12 Mini, a white short sleeve t-shirt, and wire-rimmed sunglasses, while he is also believed to have been wearing a hat, shorts and hiking boots.

Grand Teton National Park said it continues to request information from the public that can assist them in finding Mr McLaughlin. 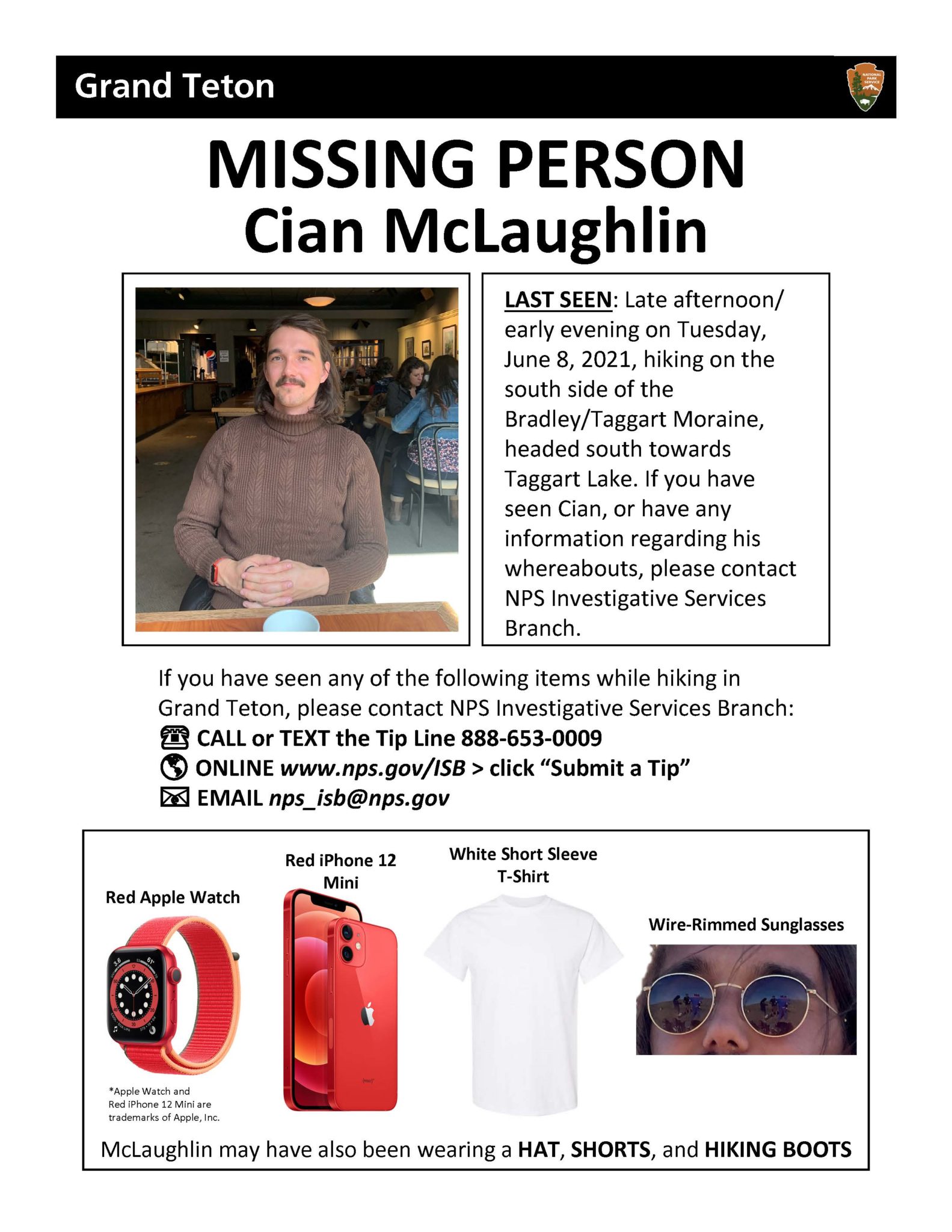 The most recent update from officials at the park on June 23rd revealed that a local Jackson resident had come forward with new information on Mr McLaughlin's disappearance.

The Irish man was spotted by the individual on a hiking trail headed south towards Taggart Lake.

The pair had a conversation with Mr McLaughlin describing where he worked, that he’s from Ireland, and currently living in Jackson.

As a result of the new information, park staff focused their search on where he met the fellow hiker, but no evidence or clues of Mr McLaughlin’s whereabouts were identified.

The search to find had previously been scaled back on June 18th "to a continuous, but limited mode".

It followed an extensive ground and aerial operation by rescue teams which involved up to 70 park staff conducting search operations in the Teton backcountry each day.

These operations involved multiple search and rescue dog teams, while some of these efforts included navigating steep, technical terrain in hazardous areas. Many of these areas require rope, an ice axe, crampons, and other protective equipment to access. 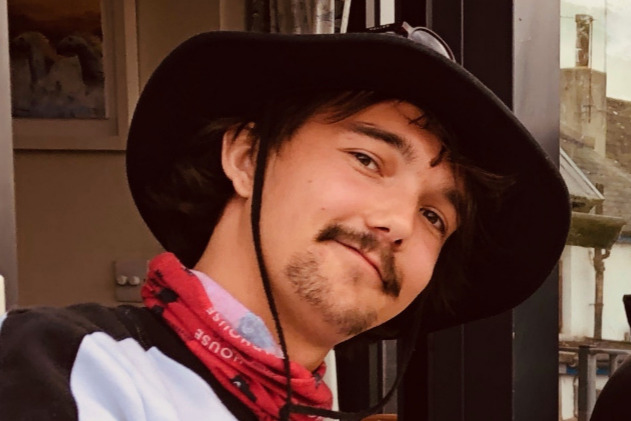 Despite receiving more than 140 tips from the public about Mr McLaughlin's whereabouts, rescue efforts have been scaled back with just park staff now patrolling the backcountry.

All back country hikers are also being given a missing person poster of Mr McLaughlin and being asked to keep an eye out.

He is described as six feet in height, around 180 pounds, with brown eyes and brown, collar length hair that he sometimes wears in a bun.

CJ Adams, a public information officer in Grand Teton National Park, told a local media outlet yesterday that they will continue to search for Mr McLaughlin, but must also take the safety of park rangers into account.

“It’s important to know that we do not stop searching until we locate an individual such as Cian for instance. But as a search goes on, we have to balance the risk to searchers with the chances of finding that missing person,” he told KTVQ News.

A GoFundMe campaign, set up to help the McLaughlin family with travel and accommodation costs and any contingencies, has raised more than €48,00 to date.