Rwanda marks 25 years since start of genocide that left 800,000 dead

Commemorations are taking place in Rwanda to mark the 25th anniversary of the genocide in the cou...

Rwanda marks 25 years since start of genocide that left 800,000 dead

Commemorations are taking place in Rwanda to mark the 25th anniversary of the genocide in the country.

The mass slaughter - described by the UN Secretary-General as "one of the darkest chapters in recent human history" - began on April 7th 1994.

More than 800,000 mainly Tutsi men, women and children were killed by the majority Hutu government in the space of 100 days.

Moderate Hutu and others who opposed the genocide were among those killed.

At an event in the Rwandan capital Kigali today, President Paul Kagame said "there was no hope, only darkness" in 1994.

However, he suggested that people have come together to rebuild the country.

He observed: "25 years later, here we are. All of us. Wounded and heartbroken, yes. But unvanquished.

"We Rwandans have granted ourselves a new beginning. We exist in a state of permanent commemoration, every day, in all that we do, in order to remain faithful to that choice." 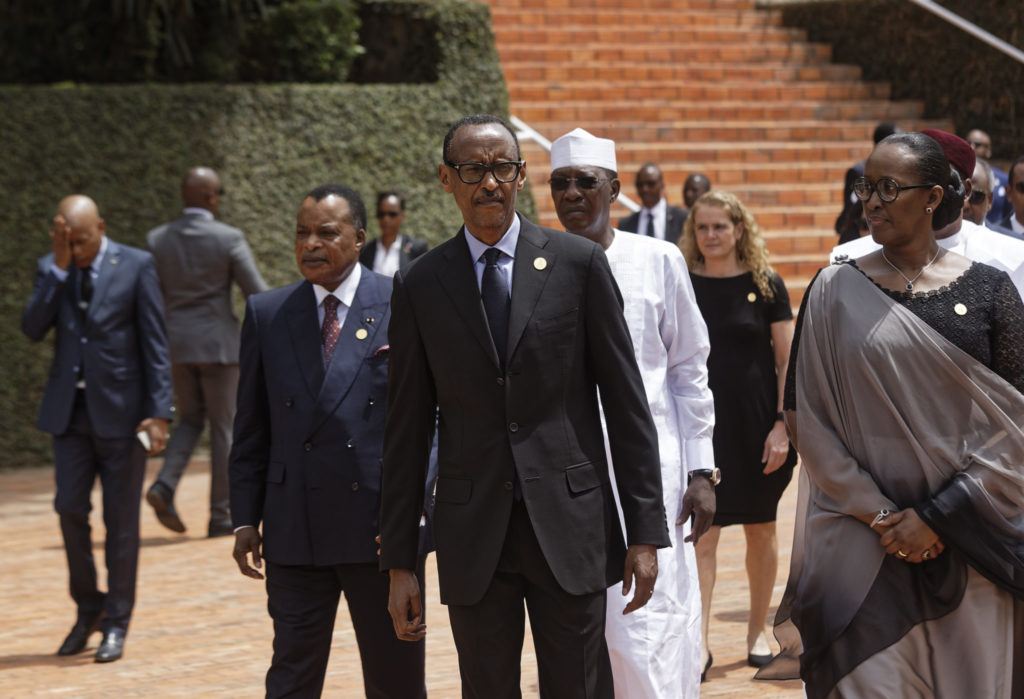 The Rwandan President praised survivors for their "resilience and bravery".

Mr Kagame said that those who "perpetrated the genocide, or stood by passively" are also part of the country.

He suggested: "The willingness, in a number of cases, to tell the truth, pay the price, and re-join the community, is an important contribution."

European Commission President Jean-Claude Juncker was among the world leaders in Rwanda today to commemorate the victims:

I am moved beyond words at this memorial to tragedy. It serves as a bleak warning of the worst humanity is capable of. But through the darkest of days, I remain in awe at the power of regeneration, of this country, and of humankind. #Kwibuka25 pic.twitter.com/0yoll7IoPK

Here, Tánaiste Simon Coveney expressed solidarity with the people and government of Rwanda.

He said: "We remember the more than 800,000 women, men and children who lost their lives in the most horrific circumstances.

"Today, Ireland joins with Rwanda to honour the memory of the victims and express solidarity with the survivors of the Rwanda genocide, their children and all Rwandans. "

Minister Coveney added: "On this solemn occasion, #Kwibuka25 reminds us of the consequences of hate speech and division based on ethnicity.

"It is a reminder of the responsibility of the international community to protect all peoples from genocide and crimes against humanity."

UN chief António Guterres said today is a day to honour those who were murdered and reflect on the "suffering and resilience" of survivors.

He said: "As we renew our resolve to prevent such atrocities from ever happening again, we are seeing dangerous trends of rising xenophobia, racism and intolerance in many parts of the world.

"I call on all political, religious and civil society leaders to reject hate speech and discrimination, and to work vigorously to address and mitigate the root causes that undermine social cohesion and create conditions for hatred and intolerance."

Mr Guterres added: "The capacity for evil resides in all our societies, but so, too, do the qualities of understanding, kindness, justice and reconciliation. Let us work together to build a harmonious future for all."

Main image: Family photographs of some of those who died hang on display in an exhibition at the Kigali Genocide Memorial centre in the capital Kigali, Rwanda. Picture by: Ben Curtis/AP/Press Association Images