This was carried out under warrant on a premises in Newhall.

The cigarettes, branded 'NZ', originated in Belarus and have a retail value of over €1.6m.

This represents a potential loss to the exchequer of over €1.3m, Revenue said.

The seizure was made during an operation conducted as part of the Cross-Border Joint Agency Task Force.

A man aged in his 60s was questioned and investigations are ongoing with a view to prosecution. 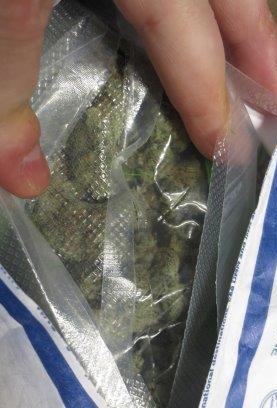 Separately on Thursday, Revenue officers in an intelligence-led operation seized approximately 500 grams of herbal cannabis - with an estimated street value of €10,000 - during a search of a house in Coolock, north Dublin.

This operation was conducted by Revenue's Customs Service, Gardaí from the Divisional Drugs Unit in Coolock Garda Station, and the Drugs and Organised Crime Bureau.

A 22-year-old man was arrested by Gardaí and is being held at Lucan Garda Station under Section 2 of the Criminal Justice Act.

54% of all litter in Ireland is cigarette butts