The Government has announced plans to regulate private security personnel who are employed to hel...

The Government has announced plans to regulate private security personnel who are employed to help carry out court orders.

The changes were discussed and endorsed during this morning's Cabinet meeting.

Under the proposals, staff will have to undergo further training and a licencing system will be enforced.

Licencing will include vetting anybody providing a security services - including directors and shareholders of a company.

Anyone who lives or has lived outside Ireland will have to submit foreign criminal record certificates. 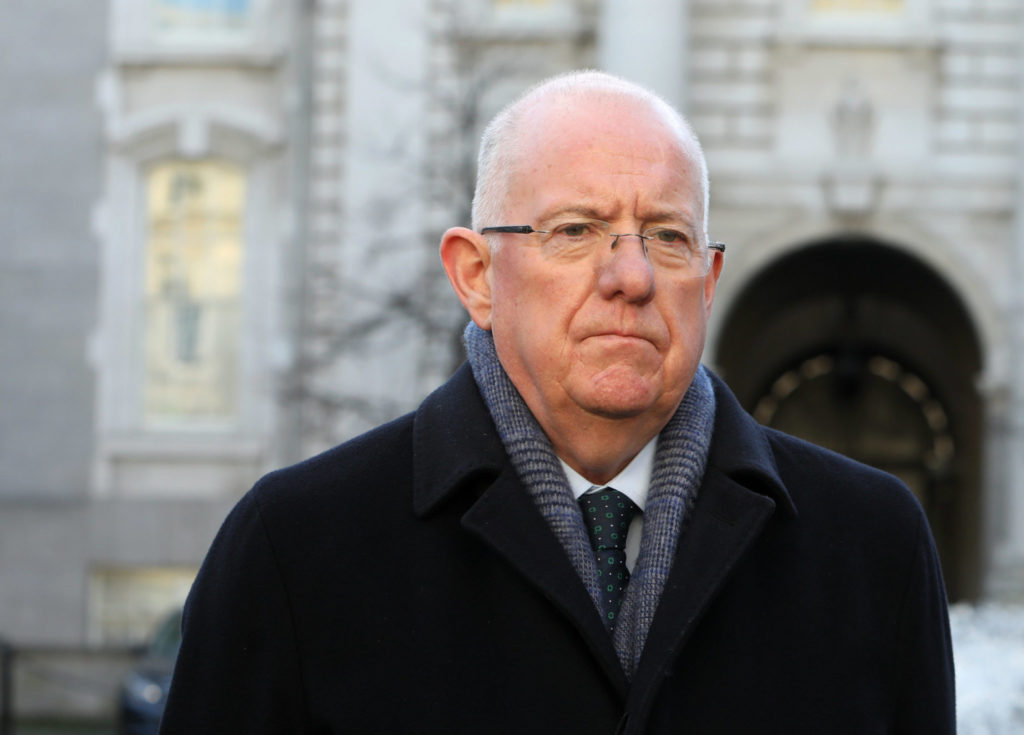 He explained: "Bringing security personnel enforcing court orders within the remit of the Private Security Authority will mean that enforcement guards will require a license to operate in this area and ensure that they are subject to the training standards and licensing regime operated by the PSA."

The Government launched a review of security firm regulation after protesters were removed from a vacant house in Dublin's North Frederick Street last year.

Images shared on social media during the eviction showed a number of men dressed all in black and wearing balaclavas entering the building to remove the demonstrators.

Masked gardaí from the Public Order Unit gathered in front of the property while the eviction was being carried out.

He said there will be a number of changes for security workers.

“Well first of all, they wouldn’t be able to wear balaclavas,” he said.

“Secondly, they would have to identify themselves – if you go to a night club the security personnel on the door has to have clear ID.

“Third is they have to be trained, we have numerous reports coming in, in terms of former loyalist paramilitaries operating as the bank’s henchmen in different evictions throughout the State.

“We don’t know whether that is true or not because they don’t have to ID themselves.

“They would all be licenced and there would be a body were you can actually complain over the activities of the individual or individuals and their licence could be revoked.”

He called on the Government to go further and introduce full regulation of receivers appointed to properties owned by banks and other large funds.

Officials at the Department of Justice are now set to work with the Attorney General to bring forward draft amendments to the Private Security Services Act, 2004.