Sandwich boards outside businesses in Dublin could cost up to €2,000. That is according to Dubl...

Sandwich boards outside businesses in Dublin could cost up to €2,000.

That is according to DublinTown, an organisation which represents some businesses in the capital.

Dublin City Council has confirmed it is introducing a new licensing system from September 1st to regulate the use of advertising boards on footpaths.

The annual fee will be €630 but an application process will also see additional costs for businesses.

It includes the necessity of scale-drawings of outside the premises, which an architect would need to put together.

This would have to include all utilities and services in the area - including lampposts, bollards, fire hydrants, manholes, cycle stands, litter bins and all ‘in situ’ items of street furniture.

DublinTown says complying with these requests will, in all likelihood, bring the actual cost of the license to around €2,000. 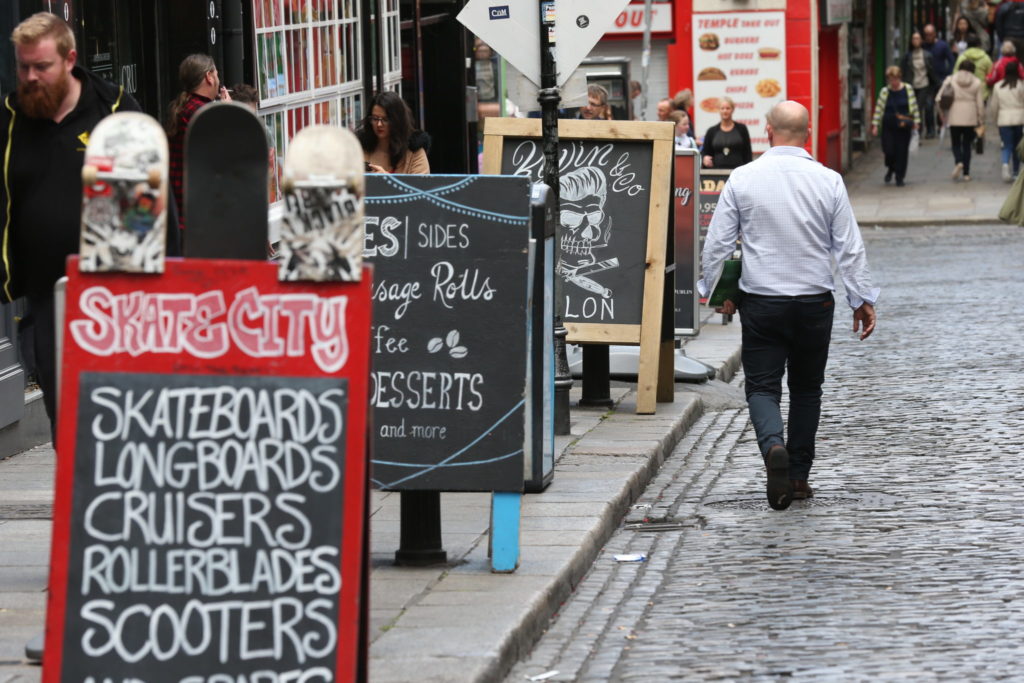 Its CEO is Richard Guiney: "Businesses are questioning the fact that it can take quite a while to have broken paving outside their premises addressed, and just why this is such a priority in the context of everything else that goes on in the city.

"So there's a lot of a feeling of 'here comes another charge' - businesses within the hospitality trade pay four-times what businesses in the West End of London would pay for outdoor seating, for example.

"Again, it's a hugely excessive cost."

DublinTown members have also criticised the fact that enforcement officers have been removed from their regular duties to work on the role out of the sandwich board tax.

"This has directly led to a diminution of the street environment.

"For example, loud and unauthorised buskers have appeared on city streets and are going unchallenged while they flout city bye laws", it says.

The group also points to an  "excessive amount" of street signs, poles and advertising stands from which Dublin City Council takes  an income.

"These are a much bigger issue for pedestrians", it adds. 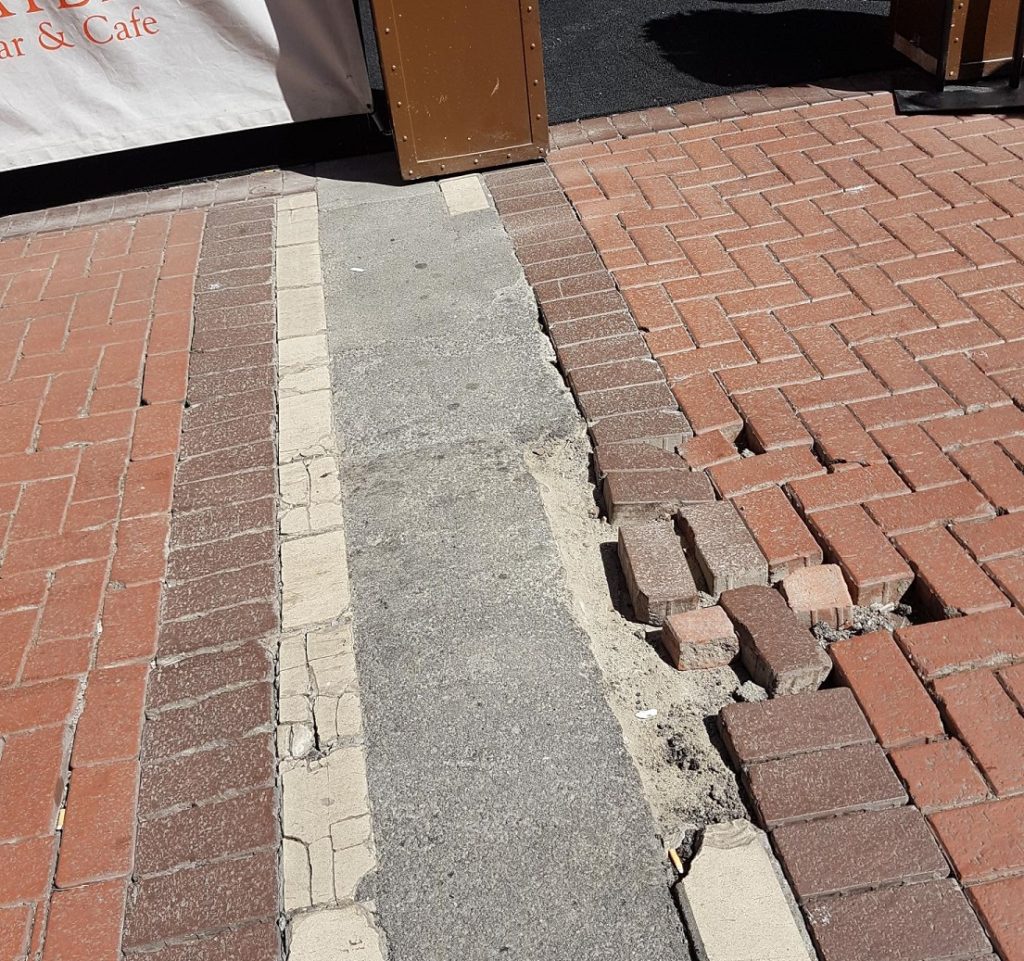 This includes a €100 annual licence fee, an annual fee of €125 per table and a fee based on the size of the area the furniture covers and the zone of the city the businesses is located in.

He has called on Fianna Fáil to reverse the decision of Dublin City Council.

Deputy Rock says: "Local authorities should be supporting SMEs in the city, but these charges are dangerous and a threat to the many restaurants and cafés which operate in Dublin city centre.

"Fianna Fáil need to wake up and smell the coffee and realise that."

"I know that there are some areas where sandwich boards pose an accessibility problem for wheelchair users and I believe a comprehensive overhaul of how this area is regulated and enforced is needed.

"But simply piling costs on to businesses is not the way to achieve this".