London's Metropolitan Police have released images of three packages sent to transport hubs in the...

The white envelopes contained an Irish return address as well as Irish stamps. 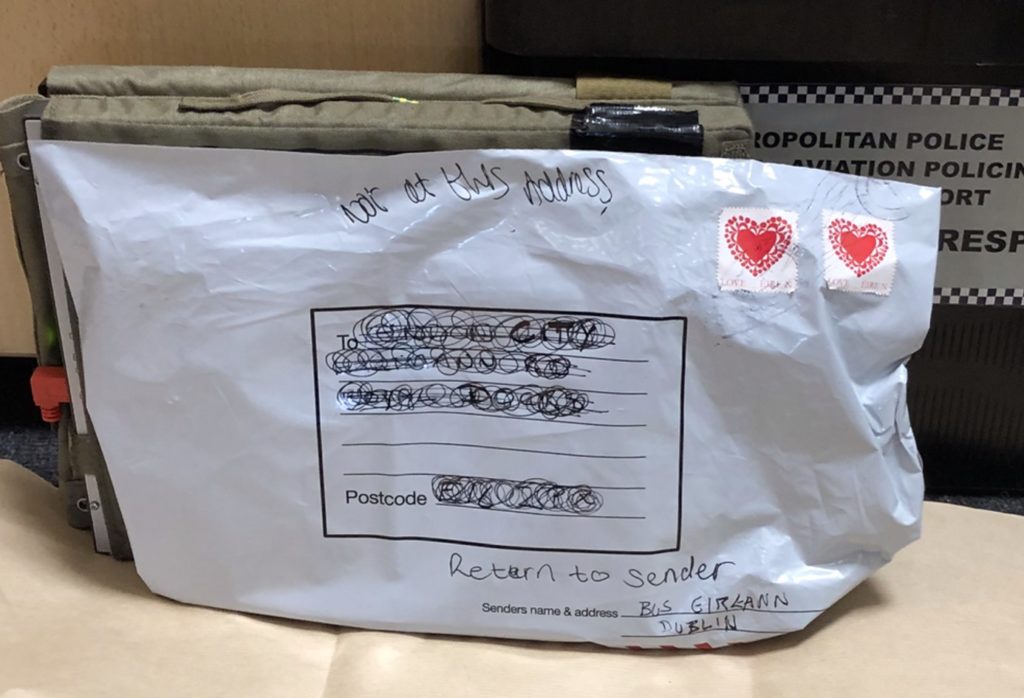 Gardaí have confirmed they are assisting British police in the investigation.

Police have said the incidents are being treated as a linked series, and investigators are keeping "an open mind" regarding motives.

They were assessed by specialist officers to be small improvised explosive devices.

No one was injured in the incidents, but some buildings were evacuated as a precaution. 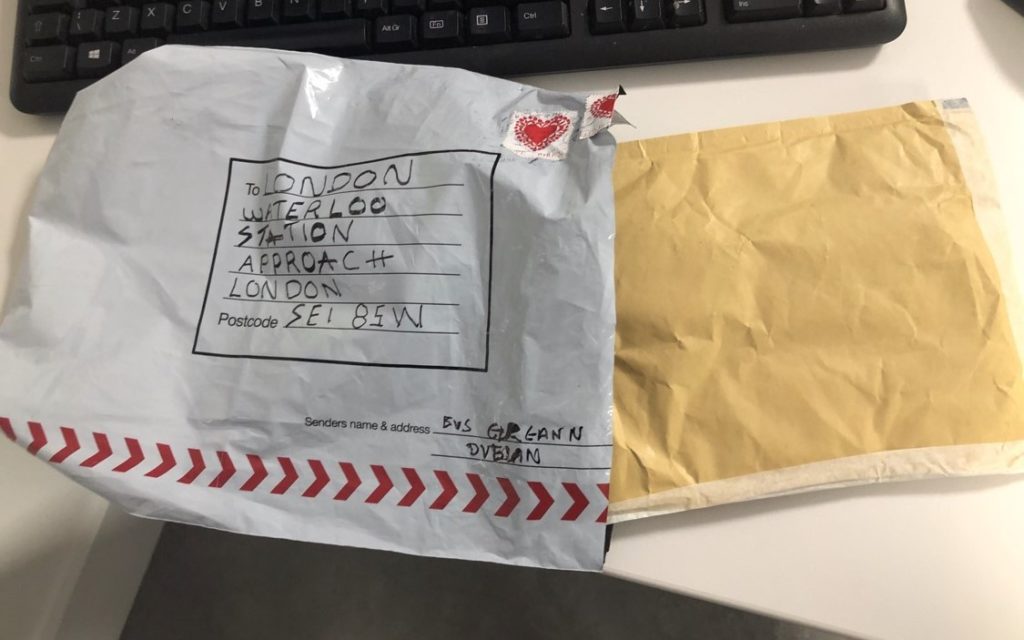 "We are pursuing a number of lines of enquiry. One such line is the possibility that the packages have come from Ireland."

"Our utmost priority is to ensure the safety of the public and staff working with mail.

"Yesterday we quickly shared images of the packages with staff at transport hubs and mail handling companies and offices, to aid them in identifying similar packages, however we have not received any further reports."

No arrests have been made.