The Indian pilot shot down and captured by Pakistani forces earlier this week will be released on...

The Indian pilot shot down and captured by Pakistani forces earlier this week will be released on Friday, Pakistani Prime Minister Imran Khan says.

"As a peace gesture we will be releasing him tomorrow," Mr Khan told parliament in Islamabad.

India and Pakistan had exchanged gunfire through the night in the disputed Kashmir region, a day after Pakistan said it shot down two Indian warplanes and captured Abhinandan Varthaman. 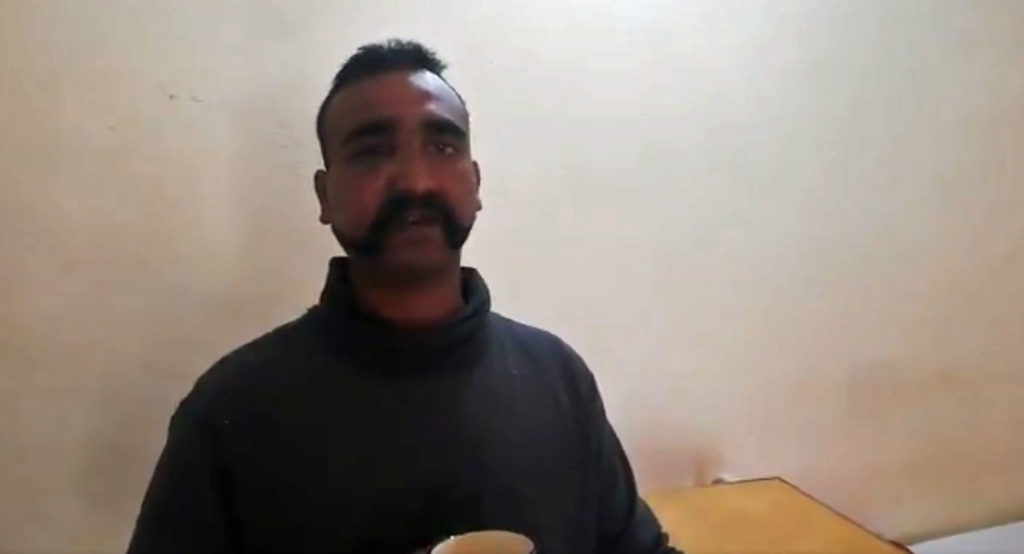 There were no immediate reports of casualties despite fighter jets flying over the region as villagers along the line of control - a de-facto border in Kashmir - fled to safety.

US President Donald Trump has since intervened and hinted at de-escalation while speaking in Vietnam, saying there would be good news on the horizon.

"I think hopefully that's going to be coming to an end, it's been going on for a long time - decades and decades.

"There's a lot of dislike unfortunately, so we have been in the middle trying to help them out and see if we can get some organisation and some peace, and I think probably that's going to be happening."

The US is among several world powers calling for restraint following tit-for-tat airstrikes in the wake of a suicide car bombing that killed at least 40 Indian soldiers in Indian-controlled Kashmir.

Pakistan has since confirmed India has handed over its file on the bombing, another sign tensions could be easing.

Pakistani PM Khan has called for talks between the two nuclear-armed nations in a televised address on Wednesday.

"Considering the nature of the weapons that both of us have, can we afford any miscalculation?" he asked.

Delhi responded to the suicide bomb attack with an airstrike on Tuesday before Pakistan said it brought down the two planes on Wednesday.

India said one of its MiG-21s - a Soviet-era fighter jet - was "lost" in skirmishes with Pakistan before hitting out at its neighbour's "vulgar display of an injured personnel of the Indian Air Force".

A Pakistani plane was also shot down, according to India - a claim Islamabad denies.

Kashmir has been claimed by both sides since almost immediately after the two countries were created in 1947.

People and Indian army gather near the wreckage of an Indian aircraft after it crashed at village Garend Kalan of Budgam, about 34 km south of Srinagar city, the summer capital of Indian-controlled Kashmir | Image: unreguser/Xinhua News Agency/PA Images