Owen Keegan apologises for 'element of sarcasm' in letter to students

Dublin City Council CEO Owen Keegan has apologised for the “element of sarcasm” in his recent...

Owen Keegan apologises for 'element of sarcasm' in letter to students

Dublin City Council CEO Owen Keegan has apologised for the “element of sarcasm” in his recent comments on student accommodation.

In a letter to the UCD Students Union President during the week, Mr Keegan suggested student unions should build their own accommodation if they felt excessive profits were being made.

He also suggested the union appeared to be “unaware of how the planning system works.”

It came after the union wrote to Mr Keegan highlighting concerns over the council’s decision to allow purpose-built student accommodation (PBSA) developments to be used for non-student short-term lettings this year.

In a letter to elected councillors this afternoon Mr Keegan insisted he was making a “serious point” when he suggested the union should provide its own accommodation.

He went on to “accept there was also an element of sarcasm” in his response and said he was “happy to apologise.”

“I did not consider that the reliance on sarcasm was necessarily inappropriate in the context of an exchange of robust correspondence,” he said.

“However, on reflection, I now accept that that the use of sarcasm was inappropriate on this occasion and I am happy to apologise for the offence I caused.”

He said he has no plans to resign and said councillors should “initiate the procedure set out in local government legislation” if they wished to see him go.

This afternoon, UCDSU President Ruairí Power welcomed the apology but warned that it does nothing to address the main issue – which is the DCC decision to allow student accommodation to be used for tourists during a housing crisis.

“He is not backing down from his position of defending the conversation which is where the core of the issue is for us,” he said.

“Students have a serious issue in finding accommodation. Dublin City Council is continuing to perpetuate the housing crisis by allowing purpose-built student accommodation to be converted into tourist accommodation.

“We still have no confidence in his abilities.”

He said the defence is not acceptable to students.

“He is showing a serious lack of leadership,” he said.

“It is not his first day out. He has had several I suppose nasty comments in terms of his response to the housing and homeless crisis throughout his tenure and that is reflected in the policies that has implemented.

“So that is not something that is going to assuage the concerns of UCD students or students anywhere.” 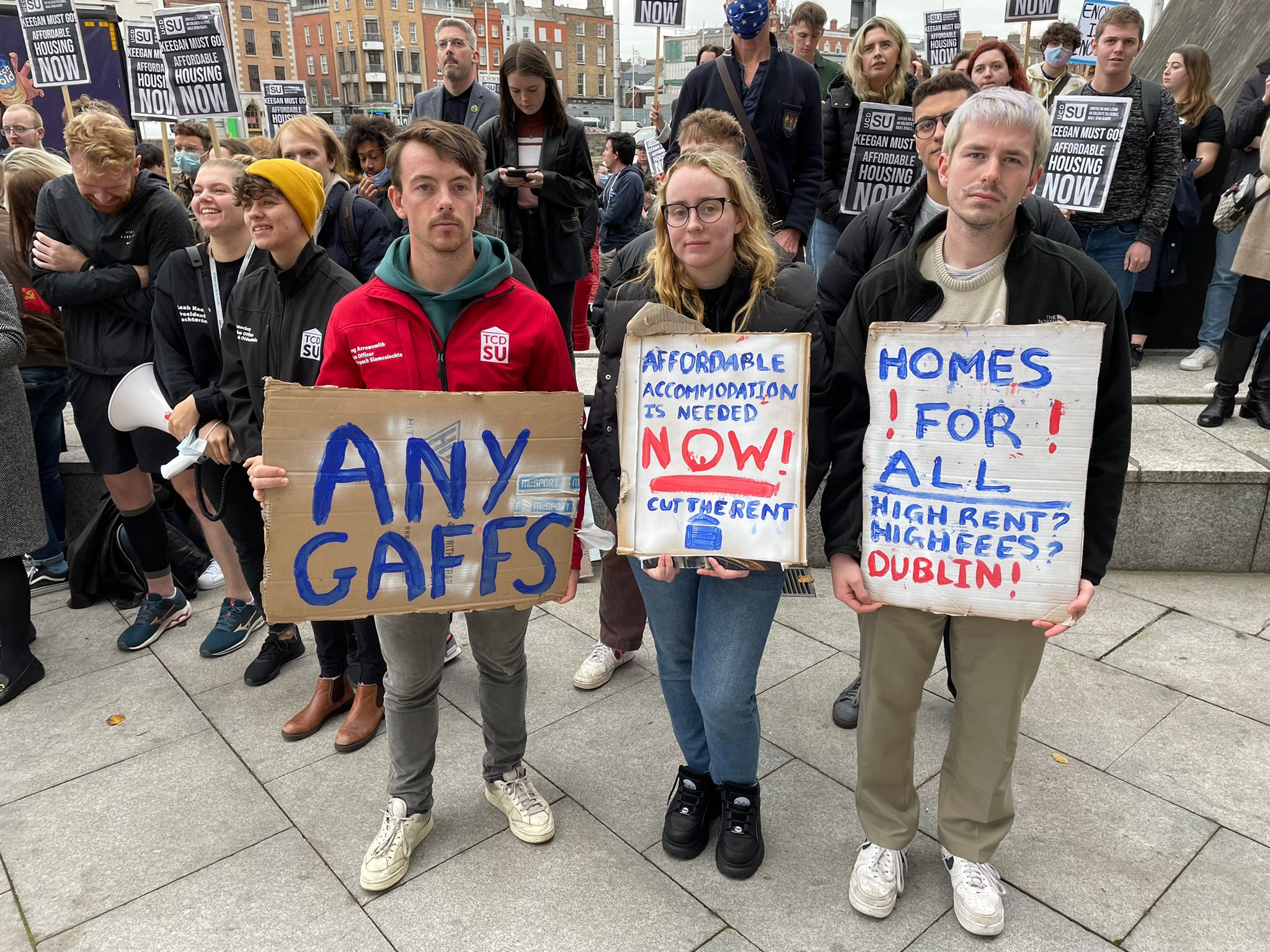 This afternoon, hundreds of students held a demonstration outside the Dublin City Council offices calling for Mr Keegan to resign.

There have been similar calls from several city councillors and TDs including Richard Boyd Barrett who spoke at the protest.

“Well paid people at the top of our society who are not accountable to anybody, who are not elected by anybody – the contempt they have for people who are really suffering,” he said.

Mr Keegan has faced widespread criticism for his comments in recent days – with the Tánaiste Leo Varadkar this morning telling Pat Kenny he thought reports about the letter were Waterford Whispers satire.