The mother of a young boy who was brutally murdered by his uncle in Limerick in 2019 has describe...

The mother of a young boy who was brutally murdered by his uncle in Limerick in 2019 has described the relief she feels at finally being able to talk about her “angel".

On November 3rd 2019, Brooklyn Colbert (11) was stabbed to death by Patrick Dillon (28), of Dalgaish Park, Moyross, Limerick. When Dillon handed himself in afterwards, he told gardaí he had been hearing a voice in his head, telling him to kill his nephew. However, medical assessments found no evidence of him suffering from psychosis at the time and he eventually admitted what he did and was handed the mandatory life sentence for murder earlier this year.

After her half-brother was jailed, Brooklyn’s mother, Sonia Aylmer, stepped outside the courthouse to address the media. However, the gathered journalists were unable to identify her in their reportage because Section 252 of the Children Act 2001 prevented them from naming Brooklyn.

In the wake of a Court of Appeal ruling last year, he was still considered a child in the eyes of the law and was therefore entitled to the same protections as a living victim. Put simply, the court decided that the law didn’t expressly make a distinction. Delivering its decision, the President of the Court of Appeal, Mr Justice George Birmingham said:

“The language of the statute is clear and unequivocal and, enjoying a presumption of constitutionality as it does, must be given effect to.” 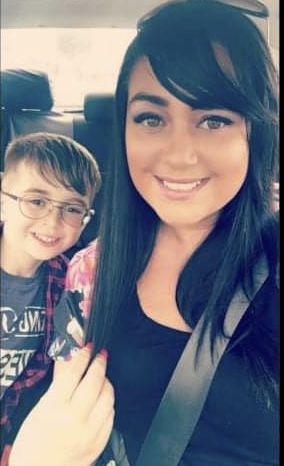 The law was undoubtedly written with the best of intentions. Clearly, its aim was to protect the identities of child victims in court proceedings. However, those who drafted it twenty years ago, didn’t foresee the unintended consequence that Sonia, and others, would have to endure. They were essentially gagged from speaking publicly about their loved ones.

Sonia said she felt she had been “silenced.” The changes to the law came into effect last week but Sonia had to wait until today to tell her story because a court order remained in place in relation to Brooklyn’s case. An application to have that order lifted was due to be heard on Friday to coincide with the introduction of the amended law, but that hearing was adjourned until today. The order has now been lifted.

Before the changes took effect, Sonia couldn’t be identified either. To name her would have easily led to the identification of her son. For the same reason, the media was also prohibited from identifying the man responsible for taking Brooklyn from her. Patrick Dillon should have been named and shamed at the time. But he wasn’t. He couldn’t be.

Speaking from her home in Limerick, Sonia’s face lights up when she talks about Brooklyn. She’s thrilled that she can finally tell the world about her amazing boy:

“Brooklyn was always a happy child, even as a baby. If you met Brooklyn once, you’d always remember him. He just had that aura about him. He was a little loveable character.

“He was really affectionate. He loved animals and cuddles and he was very soft and very funny from when we can remember. From when he could talk, he was dancing around the house. He had his own style of dancing.

“Everybody just had a little spark for him.”

"So witty and funny" 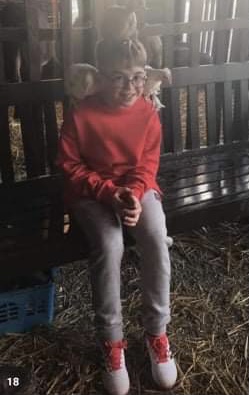 Brooklyn went to school at John F Kennedy Memorial School on the Ennis Road in Limerick. He was very popular with his classmates and his teachers adored him too. They prepared a scrapbook of memories for Sonia after he died. She treasures those memories and laughs hard as she recalls a funny story from his time at the school.

“His friend went to the loo one day, and when he came back, he noticed Brooklyn had eaten his sandwich. Obviously annoyed, his friend asked him why he had eaten his lunch. Quick as you like, Brooklyn told him he was saving him the torture of eating his mother’s cooking!

“He was so witty and funny. He’d always make you laugh. You couldn’t really give out to him. It was a bold thing to do but behind it, we were laughing. Always happy memories.”

Brooklyn was a very active young boy. He had lots of hobbies. He loved sport, particularly soccer and boxing. His father, Wayne Colbert, is a very well-known soccer player in the area. He has played for clubs like Limerick FC and Athlone Town over the years. Sonia and Wayne broke up a few years ago, but they remained close and Wayne played a huge role in bringing up Brooklyn. They had a very close father-son bond, according to Sonia.

“Brooklyn and his father had a very strong father-son relationship and we taught him that family was important. He had his life and his relationship with me and he also had it with his father and with my family and with his father’s family, and he’d be very close to his grandmother on his father’s side. All he saw from both of our families was love and support. That’s all that he saw. It would be very important to him: family and loyalty. We showed him that.” 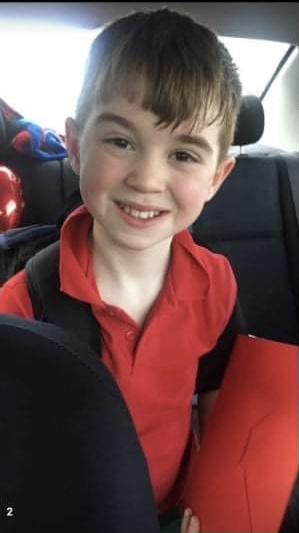 Sonia can’t bring herself to talk about what happened to her special boy. She attends counselling sessions regularly and finds it easy to talk about Brooklyn and the life they had together, but they haven’t worked through the trauma of what happened just yet. Talking about his past is easy, but she said she finds it hard to talk about the future that was stolen from him. It was particularly hard when she sat down to pen her victim impact statement ahead of Dillon’s sentence hearing in February:

“To speak about the child that Brooklyn was, is easy but to speak out about what he missed out on in his future was terribly hard – he was going to be turning into a teenager, starting secondary school – he didn’t even make his Confirmation.

“Down the line with girlfriends, and having children – all that was robbed from him. To put that from pen to paper was devastating. It was absolutely heart-breaking because so much has been taken from us. That was really, really hard to write that.”

"I wanted to be Brooklyn’s voice"

Sonia bravely took the stand at Dillon’s sentence hearing to deliver her victim impact statement in person. Before she did, she handed the judge a beautiful photograph of Brooklyn. He looked so smart in his school uniform and his “radiant smile and big brown eyes were there for all to see,” she said.

“I knew from the start that I was going to deliver it myself – for Brooklyn. I wanted to be Brooklyn’s voice. I know he was with me that day. He carried me through it and kept me calm. It was about him and getting his voice out there – getting justice for him. He minded me. I truly believe he was there that day.”

Sonia doesn’t think about her boy’s killer. Her thoughts are always focused on Brooklyn and the life they had together. That said, she thought he should have been named and shamed for what he did.

“I think that it’s only right that he be publicly named for what he has done and that people should know him for what he is, and his face should be out there for the world to see.

“That man took everything from me and from Brooklyn. And from the world, from the community to his friends. People who didn’t even know Brooklyn were so affected by what happened. And for someone to do such an evil act to a little boy that was so pleasant, that trusted him. I mean, he would have looked up to him. I’m so confused as to how somebody could do that. There are no words for it. That somebody could have that much evil in them to do that to an innocent little boy and destroy so many lives.” 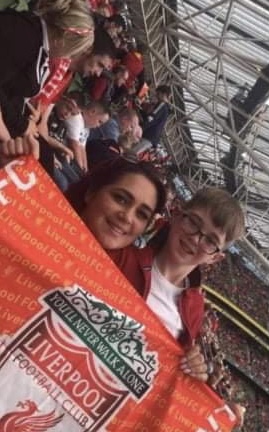 A letter of apology to Sonia was read out on Patrick Dillon’s behalf at his sentence hearing but Sonia didn’t even listen to it. It rang hollow to her and she is focused solely on keeping her boy’s memory alive. As ever, Sonia is brutally honest when asked how she’s coping now:

“I’m doing good today. I have great supports. I think connections and connecting with people is the best way to get through trauma and to get through grief. I do have bad days, very, very bad days. I just rest on those days and I pray. I say little prayers to Brooklyn. I’d go into the church and light a candle. I have a completely different life now. I know Brooklyn is guiding me in the right direction, but it’s not easy.

“I go into his bedroom and often just sit down and connect with him there. He never stayed in his own room. He was always staying in mine so I know he’s running in and jumping into my bed. I feel him all the time. That hasn’t changed.” 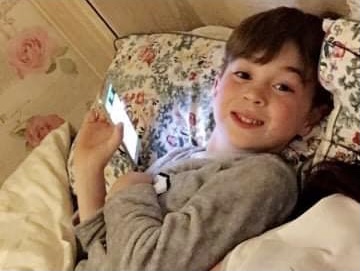 Sonia played a huge role in keeping the pressure on for changes to be made to Section 252. She said she’s very grateful to the Minister for Justice, Helen McEntee, for getting it over the line so quickly. Today is a very emotional day for her, but a special one too.

“I feel proud, and I feel I did Brooklyn proud. I’d like to thank the Minister for replying back to me so quickly.

“It was done very fast. I’m grateful because it’s a big, big weight lifted off. I can now publicly speak about Brooklyn and not have to watch what I put on Facebook. there’s so much that can be done in his memory.”