The exact launch date is to be confirmed shortly

Several more 24-hour bus routes are to be operated by Dublin Bus.

Transport for Ireland (TFI) says these will be on the G-Spine routes.

The exact launch date will be confirmed shortly.

The introduction of the new routes will coincide with the removal of routes 79, 79a and the Western part of route 40.

The G1 and G2 buses are set to be twice as frequently on the spine section between Ballyfermot and the city centre.

This will see services operate every 30 minutes between 10.00pm and midnight, and then every hour between midnight and 5.00am on weekdays. 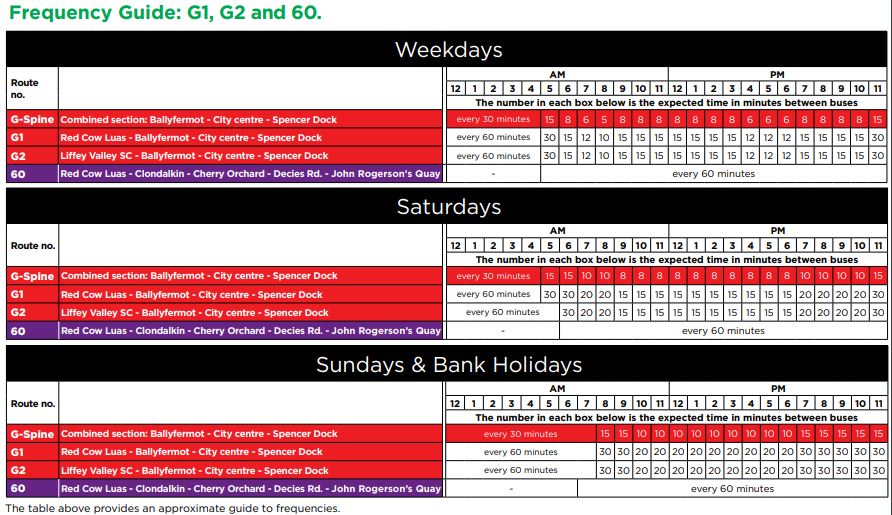 Passengers can also use the G1 to interchange with Luas Red Line services at Red Cow, Connolly Station and Spencer Dock.

It will also see an interchange with Irish Rail services at the Park West and Cherry Orchard station.

And in the city centre, passengers can also interchange with Bus Éireann services at Busáras.

On plans to discontinue routes 79 and 79a, TFI notes: "In some places, such as Spiddal Park and Decies Road, it might be quicker to walk a short distance to Routes G1 or G2, which will have a frequent service.

"A direct city centre service from your current stop will still be available on Route 60.

"The G-Spine will offer a very high frequency and a brand new overnight service," it adds.

Main image: A bus is seen at night time in Dublin in September 2015. Picture by: Richard Wayman / Alamy Stock Photo