Red-hot lava has started gushing out of a volcano in The Philippines prompting authorities to war...

Red-hot lava has started gushing out of a volcano in The Philippines prompting authorities to warn of "an imminent hazardous eruption".

The Taal Volcano in Batangas province, south of the capital Manila, began to erupt in the early hours of Monday after blasting steam and rock up to 15,000 metres into the air on Sunday.

So far, there have been no reports of injuries or damage.

But clouds of ash blew more than 100km north, reaching Manila on Sunday, and forcing the partial shutdown of the country's main airport with more than 240 international and domestic flights cancelled. 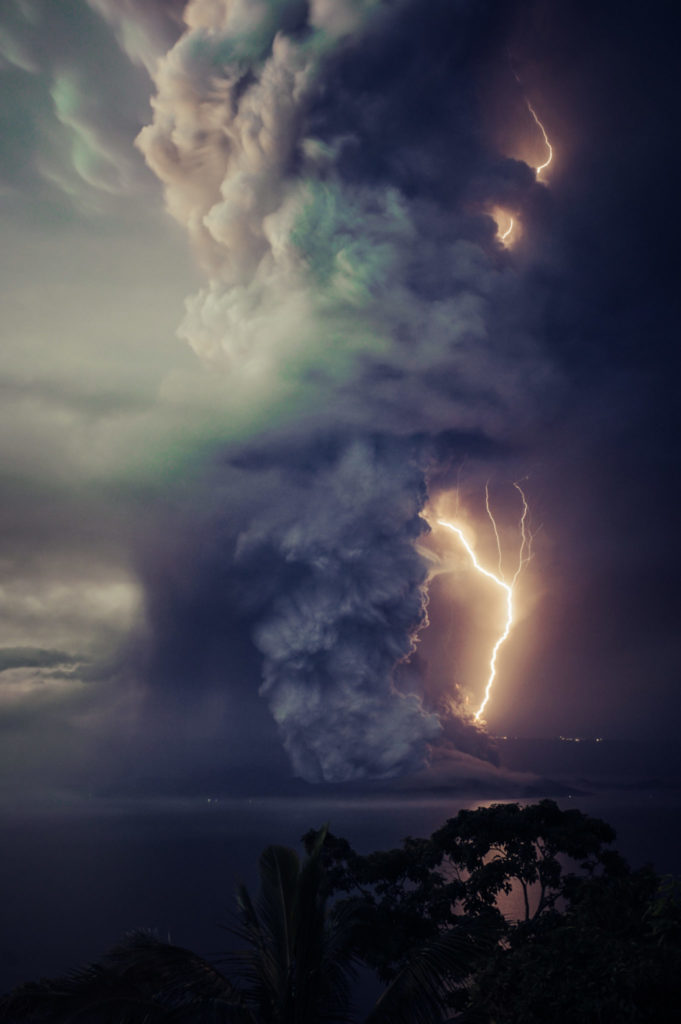 Billows of smoke with lightning is seen from the eruption of the Taal Volcano in The Philippines | Image: Hero Robles/Zuma Press/PA Images

An alternative airport north of Manila at Clark Freeport remains open - but authorities said it would shut it down too if ashfall threatens flights.

The government's disaster-response agency reported about 8,000 villagers have moved to at least 38 evacuation centres in Batangas and nearby Cavite province.

However, officials expect the number to swell with hundreds of thousands more being told to flee.

Coastal communities around the lake have also been told by officials to evacuate to safer areas in case an eruption causes a tsunami or pyroclastic surge.

Residents have been urged "to take precautionary measures and be vigilant of possible lake water disturbances related to the ongoing unrest".

Renelyn Bautista, a 38-year-old woman who fled from Laurel town with her two children by hitching a ride to safety, said: "The air turned muddy because of the ashfall and it started to smell like gunpowder". 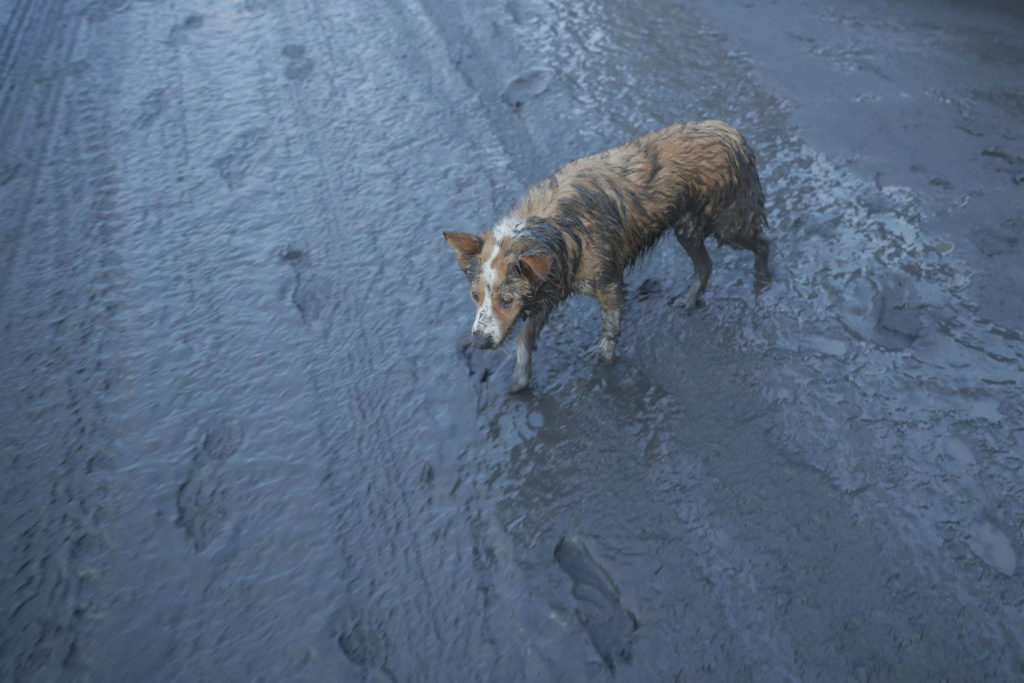 The Philippine Institute of Volcanology and Seismology raised the threat level from 3 to 4, meaning a hazardous eruption is imminent.

A statement said: "Hazardous explosive eruption is possible within hours to days. (The institute) strongly reiterates total evacuation of Taal Volcano Island and additional evacuation of areas at high risk... within a 14km radius."

As tremors shook the area, volcanic lightning flickered in the column of steam and ash.

Pictures from the scene showed the sky darkened by the ash plume and a thick layer of dust covering everything in the nearby town of Talisay.

Ashfall has been reported in towns and cities several miles away, with families advised to stay indoors and don masks and goggles for safety.

Authorities recorded a series of earthquakes and motorists are also being hampered by poor visibility due to the ashfall.

Taal, one of the smallest volcanos in the world, is among two dozen active cones in The Philippines, which lies along the so-called Pacific 'ring of fire'.