The recovery of bodies from the scene of a helicopter crash that killed US basketball player Kobe Bryant, his daughter Gianna and seven other people is proving "very difficult", investigators have said.

Los Angeles County sheriff Alex Villanueva said the "rugged terrain" of the hillside crash site meant it would take some time for all of the victims' bodies to be recovered and officially identified.

Nine people on board the helicopter - including Bryant and his 13-year-old daughter Gianna - died in the crash in Calabasas, about 40 miles outside Los Angeles, on Sunday.

Mr Villanueva said: "The coroner... started recovering human remains last night and they're continuing (that process) for the next several days.

"It's rugged terrain and it's a very steep hill. In fact, they had to bulldoze a road just to get a normal-size vehicle to the location, so it is very difficult."

Investigators from LA County Coroner's Office said they had recovered the first three bodies from the crash site and were searching for more remains.

Former LA Lakers star Bryant - considered one of the greatest basketball players of all time - and Gianna were on their way to a girls' basketball tournament at a sports academy, where he was to have coached his daughter's team that day.

The victims of the crash also included Orange Coast College baseball coach John Altobelli, his wife Keri and daughter Alyssa, who played on the same basketball team as Gianna. 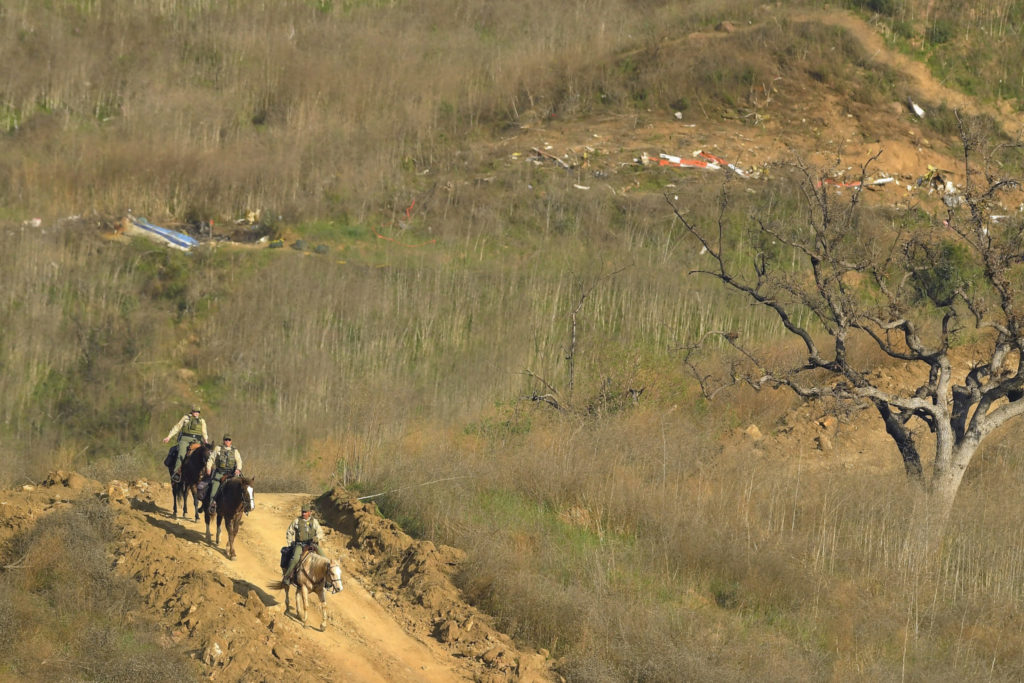 Jennifer Homendy, from the US National Transportation Safety Board (NTSB), appealed to the public to come forward with any photographs that might help document local weather conditions at the time of the crash.

But she told reporters that weather was just one factor in the investigation into the crash.

"We take a broad look at everything in an investigation - man, machine and the environment. And weather is just a small portion of that," Ms Homendy said.

She described how bits of the aircraft - a section of the fuselage, a piece of the tail, a rotor and other debris - were strewn around an impact crater where the helicopter slammed into a tall grassy slope.

"It was a pretty devastating accident scene," she said.

Both the Los Angeles Police Department and county sheriff's department had grounded their own helicopters at the time that Bryant's aircraft crashed, and it had received a safety warning moments before the deadly incident.

An audio recording revealed the pilot, Ara Zobayan, was told "you're too low for flight following at this time" seconds before the helicopter disappeared from radar.

It is understood that the pilot had requested "flight following", which is a US aerospace term for radar monitoring.

Mr Zobayan has been described as an "experienced pilot" who had 8,200 hours of flight time under his belt, and had been climbing to avoid a cloud layer before the chopper crashed.

The helicopter - identified by the US Federal Aviation Authority (FAA) as a Sikorsky S-76 - was travelling at 153 knots (176mph) when it crashed, according to tracking site Flightradar24.

Tributes continued to pour in from the sporting world and beyond following the crash, as the NBA called off the Los Angeles Lakers' match against the LA Clippers on Tuesday.

Basketball star LeBron James, who plays for the LA Lakers, broke his silence over Bryant's death on Tuesday, saying he was "heartbroken" and he had cried every time he had attempted to pen a tribute to his friend.

He said on Instagram: "I'm not ready but here I go. Man I sitting here trying to write something for this post but every time I try I begin crying again just thinking about you, niece Gigi and the friendship/bond/brotherhood we had!

I’m Not Ready but here I go. Man I sitting here trying to write something for this post but every time I try I begin crying again just thinking about you, niece Gigi and the friendship/bond/brotherhood we had! I literally just heard your voice Sunday morning before I left Philly to head back to LA. Didn’t think for one bit in a million years that would be the last conversation we’d have. WTF!! I’m heartbroken and devastated my brother!! 😢😢😢😢💔. Man I love you big bro. My heart goes to Vanessa and the kids. I promise you I’ll continue your legacy man! You mean so much to us all here especially #LakerNation💜💛 and it’s my responsibility to put this shit on my back and keep it going!! Please give me the strength from the heavens above and watch over me! I got US here! There’s so much more I want to say but just can’t right now because I can’t get through it! Until we meet again my brother!! #Mamba4Life❤️🙏🏾 #Gigi4Life❤️🙏🏾

"I literally just heard your voice Sunday morning before I left Philly to head back to LA. Didn't think for one bit in a million years that would be the last conversation we'd have."

He added: "I'm heartbroken and devastated my brother!! Man I love you big bro. My heart goes to Vanessa and the kids. I promise you I'll continue your legacy man! You mean so much to us all here especially #LakerNation."

On Monday night, the Empire State Building in New York was lit up purple and gold - the colours of the LA Lakers - to honour Bryant. 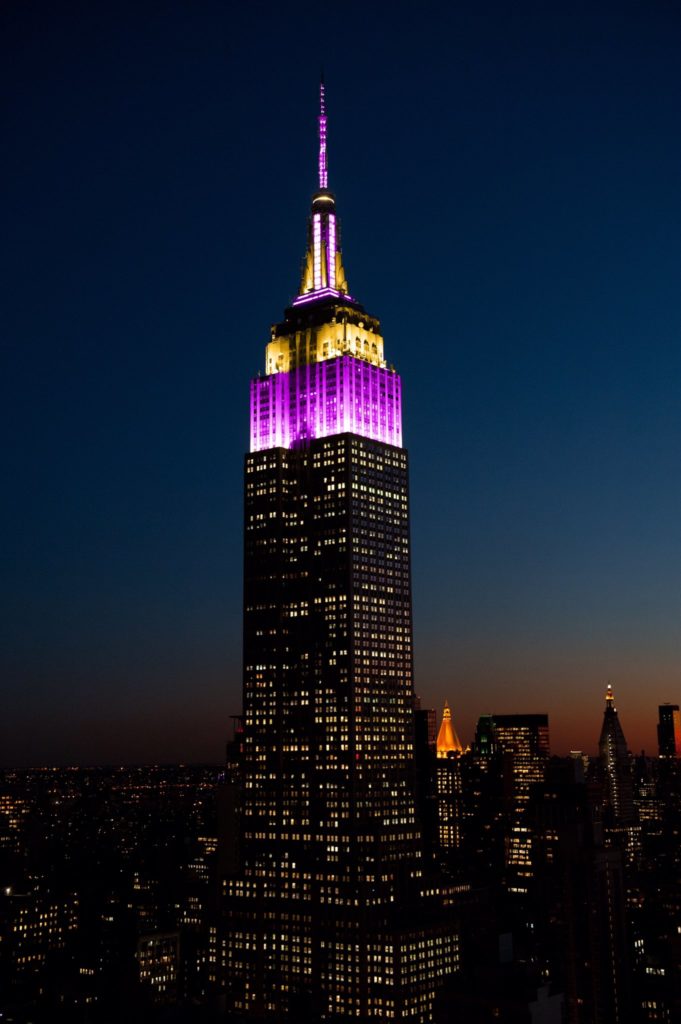 The 41-year-old, who spent his entire playing career with the Lakers, was a five-time NBA championship winner with 18 NBA All-Star selections and two Olympic gold medals.

Following his retirement in 2016 as the third-leading scorer in NBA history, the Lakers retired the shirt numbers he had worn during his career - eight and 24.