83% of retail workers in Ireland have experienced harassment from customers

Over 80% of retail workers in Ireland have experienced harassment from customers.

That's according to research from Circle K, which found half of Irish retail workers have witnessed customers physically assault a colleague.

Almost one-third say the harassment they have experienced from customers was based on gender.

70% of those surveyed say their experience of harassment has made them consider leaving the retail sector.

A security guard in Dublin told Henry McKean for The Hard Shoulder things are getting worse.

"I would see an increase alright since I started," he said.

"It's definitely got a little bit worse.

"Anything from verbal abuse to physical abuse, to stuff being thrown at you.

"We've been spat at more than once.

"People kind of turned a little bit nasty, in the beginning of COVID anyway, especially when it came to try to get people to queue in the right way," he added.

A number of retail workers described what they've experienced.

"A man came in screaming racist things at me before - I'm a Caucasian male, it made no sense," one man said.

Another worker said everyone should have to go through the retail sector.

"In my opinion, every single person should actually have to work in retail for a week over Christmas, and then the customers might appreciate what the actual staff do for them," he suggested.

"Customers getting annoyed with the staff, and the staff aren't responsible: it's the management or the way the place is run.

"Lack of patience and smart remarks," he said.

'More frustration than anything'

One man who works in banking said people blamed them for the financial crash.

"I'd say it's probably more frustration than anything else," he said.

"It's not to take it personal, it's to take a step back.

"I think, in relation to the financial crash, it was seen as the banks - I don't think it was taken personally.

"There were situations where, some of the frontline staff, that thrown back at them.

"Realistically, I think customers generally know that decisions that were made were well above the pay grade of somebody on a floor.

"It's just pure frustration, I'd say," he added.

'Not confined to one area'

Arnold Dillon, director of Retail Ireland, said it is particularly an issue in city centres.

"The results are very worrying, and do tally with anecdotal evidence that we've got over recent months," he said.

"While the issue is not confined to any one area, the problem definitely is more acute in city centres and late at night. 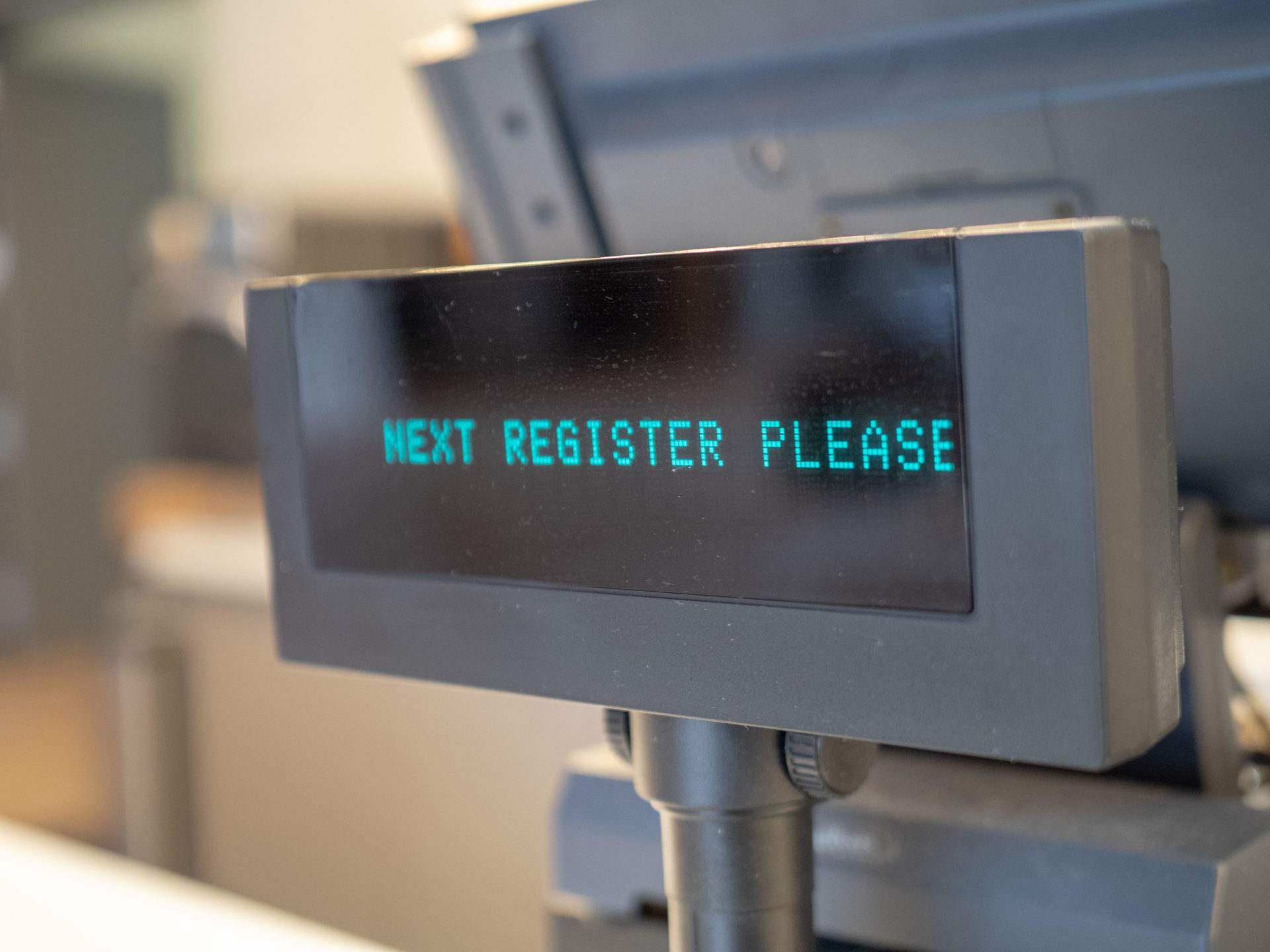 Close up of a sign on a cash register. Picture by: David Tran / Alamy Stock Photo

"Companies have taken a whole range of steps to try and address the issue... businesses are improving security right across their store networks.

"When it comes to some of the more serious issues, businesses are working and liaising with the Gardaí to address those."

Mr Dillon said everyone has a part to play in making this better.

"That might mean just being as kind and as friendly as possible to those in customer service roles," he added.

Main image: A staff member working in a supermarket in a 2016 file photo. Picture by: Gordon Scammell / Alamy Stock Photo