Irish people residing in countries around the world have been sharing their experiences of living...

Irish people residing in countries around the world have been sharing their experiences of living abroad for St Patrick's Day.

Ireland’s Call, a special programme on Newstalk celebrating the Irish diaspora, heard from people living in Europe, the Middle East, the US, Canada, Asia, South Africa and South America.

It has been at least a year since most of these expats have been able to visit family and friends in Ireland.

Speaking to Simon Tierney on the show, one caller from Hong Kong shared her story from a quarantine camp in the country.

Kayte Candy, is originally from Dublin and visits there around three times a year, but spent most of her childhood in Hong Kong.

She and her friend Orla are in the quarantine facility after the trainer of an outdoor boot camp they were part of tested positive for COVID-19.

They have tested negative for the virus twice, but Government rules dictate that they must go to a mandatory quarantine camp for two weeks.

Kayte described the facilities in the centre, which was originally built as a holiday camp many years ago, as "incredibly basic".

"We were taken away by a white van by men in hazmat suits and our kids were very upset," she said. 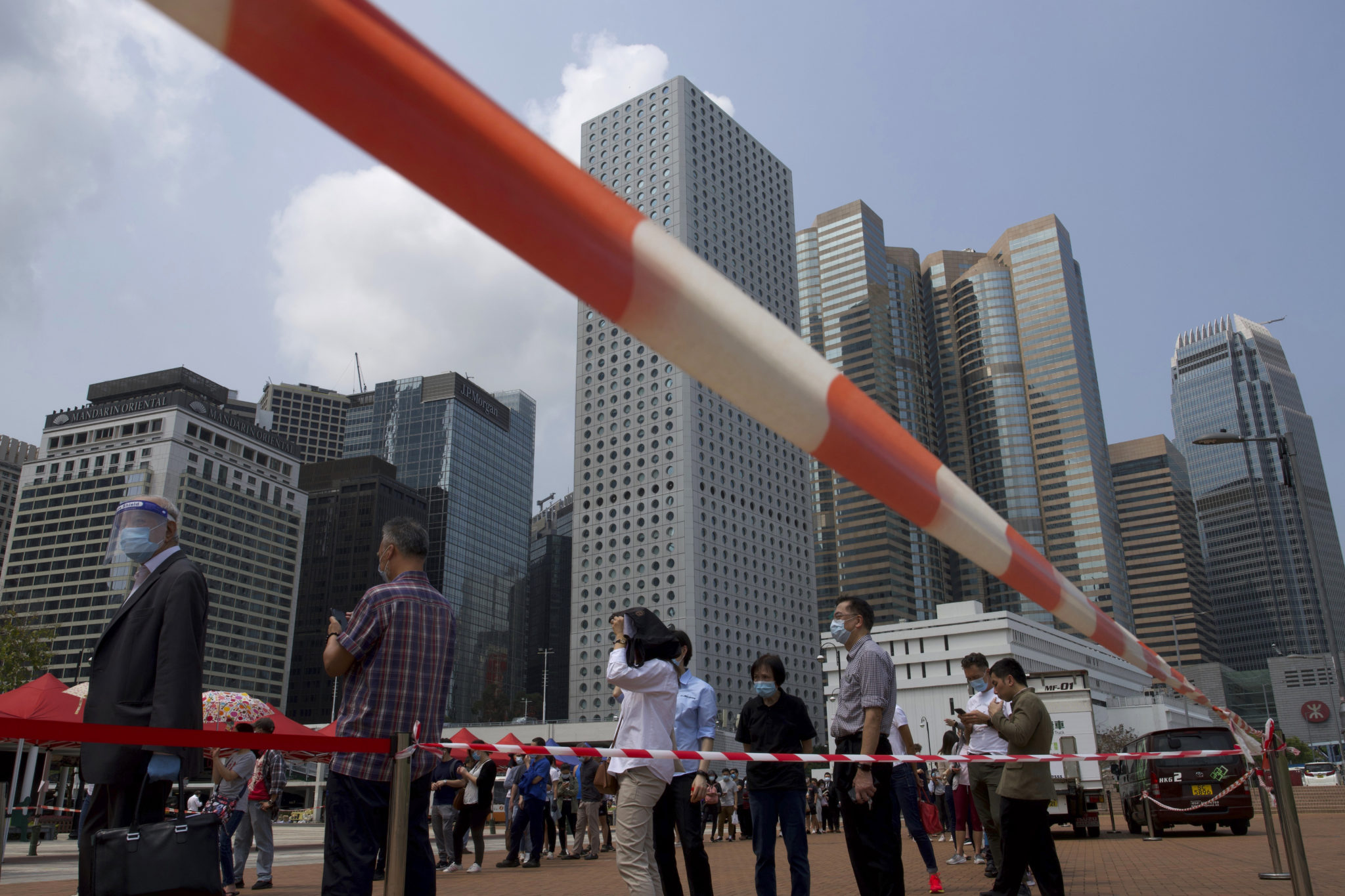 Residents line up against Hong Kong's business district to get tested for coronavirus.(AP Photo/Vincent Yu)

"The single rooms are honestly no bigger than a prison cell but we had to fight and scream a bit to be able to get a room together because they separate everybody.

"So we have a room with two beds but there's no door on the toilet which is just desperate.

"We have no way of keeping food cold because there's no refrigeration.

"You're not allowed to open the doors or windows so it's pretty horrific.

Kayte and Orla are "absolutely not" permitted to leave the room for any reason.

"If they even see the open door they'll come and tell you to go back inside," she explained.

The pair are keeping sane because they have each other for company, and their situation is not as bad as others, she added.

"There are some kids here who have been separated from their parents and sent to quarantine with social workers," she said.

"There's a big support network from the expat community and our friends and families in Ireland have just been fantastic with the calls.

"There's no WiFi or anything here so it's a bit of a nightmare trying to communicate."

The two friends are trying to keep each other going and have a few laughs in the camp until they can leave soon.

Main image: A general view of the Hong Kong Island skyline behind a fence in the Central district. Photo by Isaac Wong / SOPA Images/Sipa USA