An Irishman who escaped the far-right after years of supporting extremist views said it was like ...

An Irishman who escaped the far-right after years of supporting extremist views said it was like "leaving a cult".

Caolan Robertson was born in Ireland but moved to the UK as a child.

As an adult, he was gradually drawn into extreme right-wing politics, first as an online supporter and then through making videos for people like Tommy Robinson, Lauren Southern and Alex Jones.

He subsequently had doubts about the messages was propagating and he now works to extract people from right-wing circles and to counter misinformation.

Speaking on the Moncrieff programme this week, Mr Robertson, the Co-Founder of Future Freedom and Director at BylineTV, described how he entered the world of far-right politics and came out the other side.

He said that being gay was a contributing factor in leading him down the rabbit hole of extremist views.

Growing up in Kilkenny and going to a Catholic school made being "camp or a bit feminine" very difficult, and he moved to the UK with his dad when he was 13 as he thought it would be more progressive and he could be himself.

Mr Robertson said he didn't experience any homophobia until he moved to London, "where there were groups of Muslim men marching around east London trying to establish 'Sharia zones' saying that gays should get out of the area".

He then saw a documentary which depicted some Muslim men condemning gay people, and then watched as the gay community in Orlando were targeted in a mass shooting.

"I remember not really understanding anything about Islam or how that stuff works, and having lots of questions, I wasn't really getting any answers from the media," he stated.

He typed 'Orlando' into YouTube and was met with results from far-right news sources and activists who were talking about "the incompatibility of Islam with LGBT rights and women's rights and free speech".

"As soon as you watch a few of them, you get recommended many, many more and I really started going down an online-specific rabbit hole.

The people in the videos, many of which had millions of views, didn't have the image of the "traditional far-right or dodgy extreme people, they looked completely normal", he said.

He said that the more time he spent online, the more he became consumed by the videos and views shared within them, rather than the real world.

"I formed my worldview based on that, I started to mistrust certain groups of people more, I really started to feel like there was going to be some sort of civil war in European countries in 20 or 30 years because of this growing threat of Islamism," he explained. 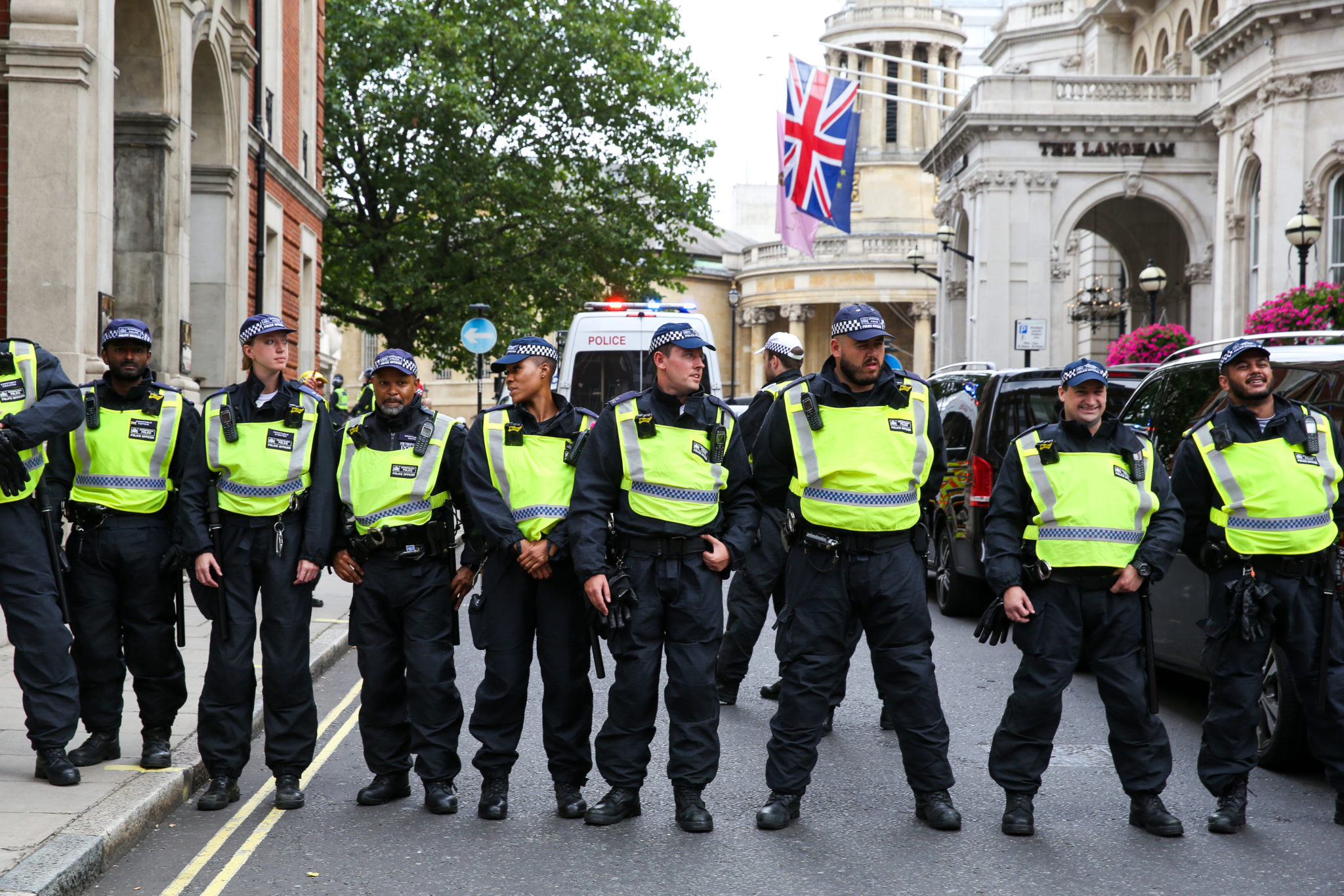 A rally in support of Tommy Robinson in central London.Photo by Steve Taylor / SOPA Images/Sipa USA

It wasn't until he started travelling the world again to make documentaries about the migrant crisis that he realised the 'reality' discussed online wasn't the case in real life.

Mr Robertson said he regrets making the extremist content but said that at the time, he and others felt they needed to shock people into waking up to the conflict between people coming to Europe and women and gay people.

When working with Lauren Southern, he saw the terror of migrants who were trying to flee Turkey for Europe in rubber dingys and that trip marked the last time he made a video for the far-right.

After around three years of involvement in the far-right, he "retired".

It took him the last two years to mentally recovered from leaving what he described as "a cult", because of how toxic it was and how difficult it was to extract himself.

Mr Robertson now works for BylineTV with "genuine progressives who believe that people who have renounced their extremist views should be redeemed.

"They believe in rehabilitation and they also believe in creating a better world and to stop the far-right, we have to be able to allow people to leave it and to dismantle it," he said.

"I make millions of views a month now exposing the far-right, exposing disinformation, and I feel like I'm actively dismantling the stuff I used to do before but also helping to put my skills towards genuine content that's progressive, that's not going to result in real-world violence."