An Irish nun has been presented with the International Women of Courage Award by the US Secretary of State Mike Pompeo and First Lady Melania Trump at a ceremony in Washington.

The US State Department honoured Sister Orla Treacy for her "noble efforts to address the plight of girls in Rumbek, South Sudan."

In a tweet the department said award recognises her “commitment to provide schools for girls being forced into early marriage and denied an education, and her compassion for teaching.”

Sister Orla Treacy of #Ireland is being honored for her noble efforts to address the plight of girls in Rumbek, #SouthSudan, her commitment to provide schools for girls being forced into early marriage and denied an education, and her compassion for teaching. #WomenofCourage pic.twitter.com/bLfWUa8LJF

In 2006, she helped founded a girls-only boarding school in Rumbek – an area besieged by civil war and violent inter-clan conflict, where only a third of girls enrol in primary school.

Today she serves as head administrator of the boarding secondary school for girls, a co-educational primary school, and a women and child-centric primary healthcare facility.

Ambassador @CallyGingrich was pleased to join Embassy Vatican nominee Sister Orla Treacy today as she was honored by @SecPompeo and @FLOTUS as a 2019 International #WomenofCourage for her work in #SouthSudan! pic.twitter.com/0HKDZLGZ4I

The US State Department said sister Orla “continues to work in faith, striving for a world in which girls are not forced into marriage, are allowed to complete their education, and can pursue their dreams.”

The Annual International Women of Courage (IWOC) Awards recognise women around the world who have “demonstrated exceptional courage and leadership in advocating for peace, justice, human rights, gender equality, and women’s empowerment, often at great personal risk and sacrifice.”

10 women were recognised at tonight’s ceremony. 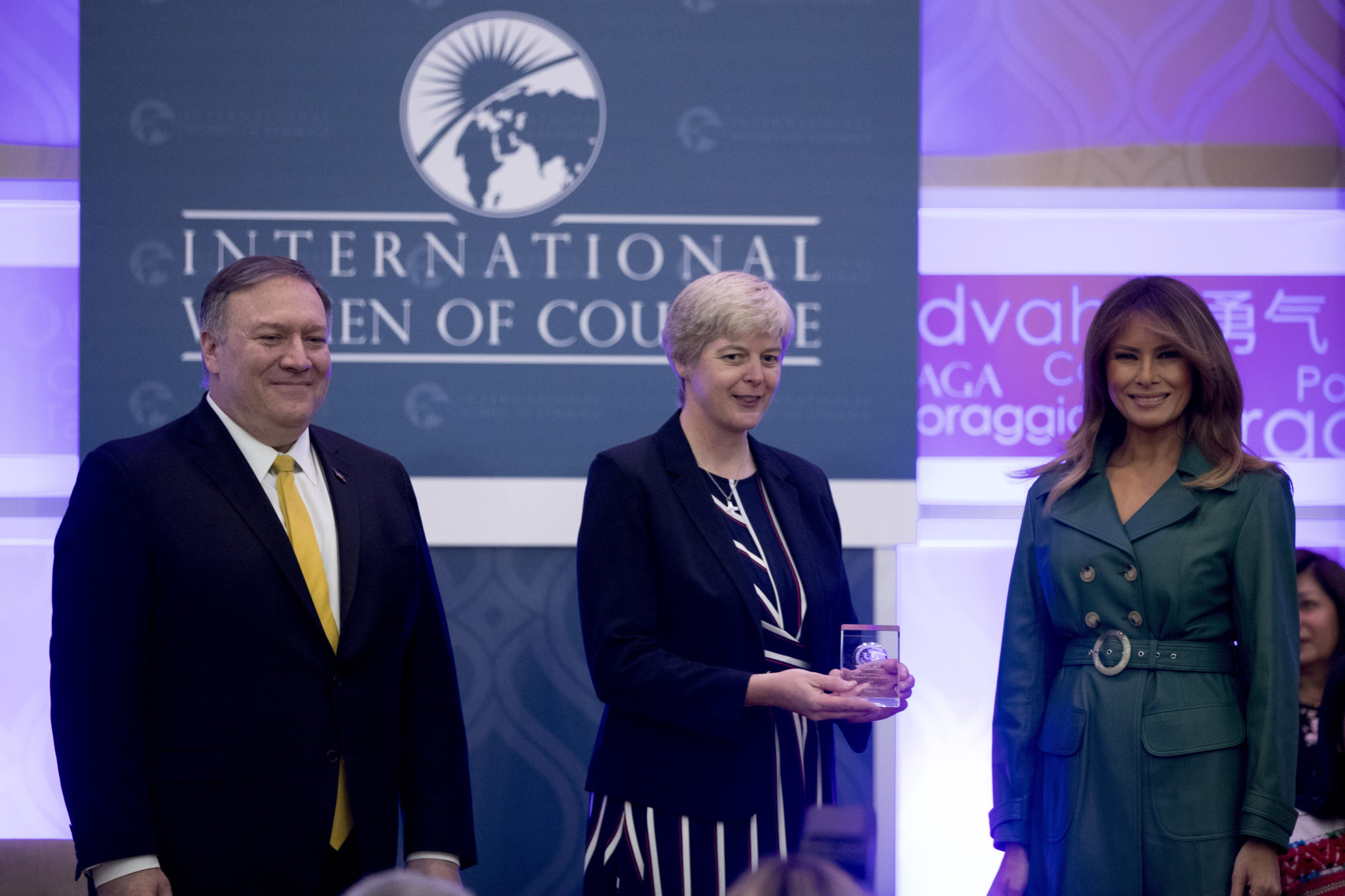 Irish Sister Orla Treacy is presented with the International Women of Courage Award by US first lady Melania Trump and US Secretary of State Mike Pompeo, 07-03-2019. Image: AP Photo/Andrew Harnik