Have yourself a Eire little Christmas - Irish traditions past and present

From taking the kids to the panto to that icy cold Christmas day dip, modern Ireland has no short...

Have yourself a Eire little Christmas - Irish traditions past and present

From taking the kids to the panto to that icy cold Christmas day dip, modern Ireland has no shortage of traditional festive frolics.

Many of our oldest traditions have fallen by the wayside as flashy lights and non-stop shopping take over the holiday season; but some are still passed down from generation to generation and - in some shape or form - remain to this day.

For many of our ancestors, the four week lead-in to the big day began with a bucket of whitewash in hand and a grimy outhouse to tackle.

This tradition of cleaning the house from top to bottom dates back to pre-Christianity and is often regarded as the pagan answer to Spring-cleaning.

Originally carried out just prior to the Winter Solstice; the tradition was later given a Christian flavour and was rebranded as a homely preparation for the arrival of Joseph, Mary and the baby Jesus. 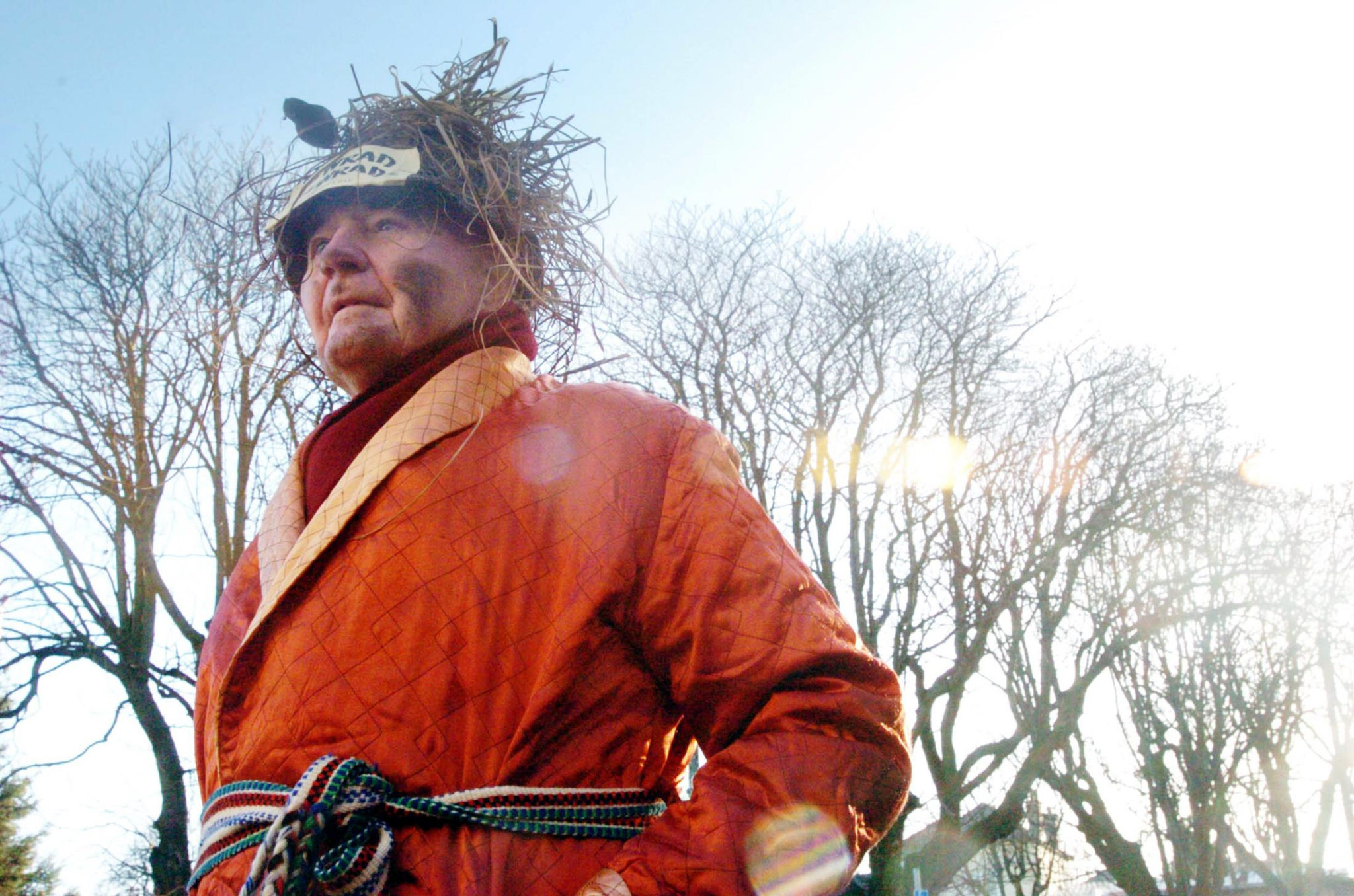 The Day of the Wren or Lá an Dreoilín is still celebrated on St Stephen’s Day in many parts of the country.

The tradition revolves around the hunting of a fake wren and, in the past, an actual bird was hunted by the ‘wrenboys,’ who tied it to a decorated pole.

Crowds of people dressed up in masks, straw hats and colourful clothing paraded around towns and villages singing carols and generally celebrating the season.

There are a few different theories as to where the tradition originated.

One tale suggests the original wrenboys came about after a treacherous bird warned a group of Cromwellian troops of an impending attack by Irish forces.

The invaders were asleep and surrounded when a group of wrens pecked on their drums and woke the sleeping sentries just in time to foil the attack.

Another theory suggests the wren betrayed the Christian martyr St. Stephen by flapping its wings and revealing his hiding place. 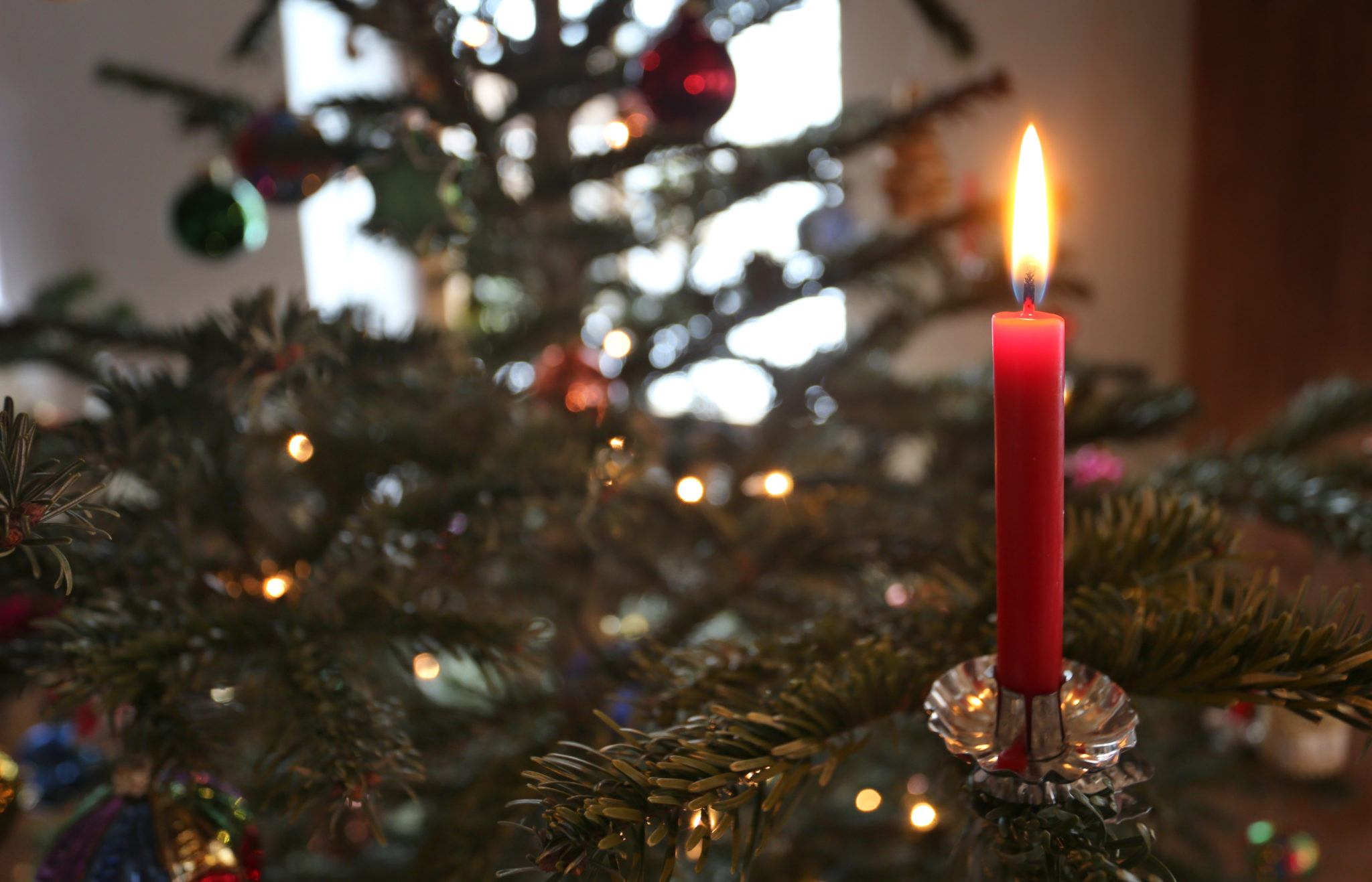 Candle in the window

Leaving a candle in the window on Christmas Eve remains a popular tradition in Ireland to this day.

The candle is seen as a welcome to strangers and a symbol that none will be turned away from the house.

Not so long ago, it was common to place an extra setting at the dinner table - again to symbolise a welcome for any stranger that might drop in.

The flickering lights in windows throughout towns and cities provides a warmth to the holiday season and may also be seen as way to remember loved ones in faraway lands. 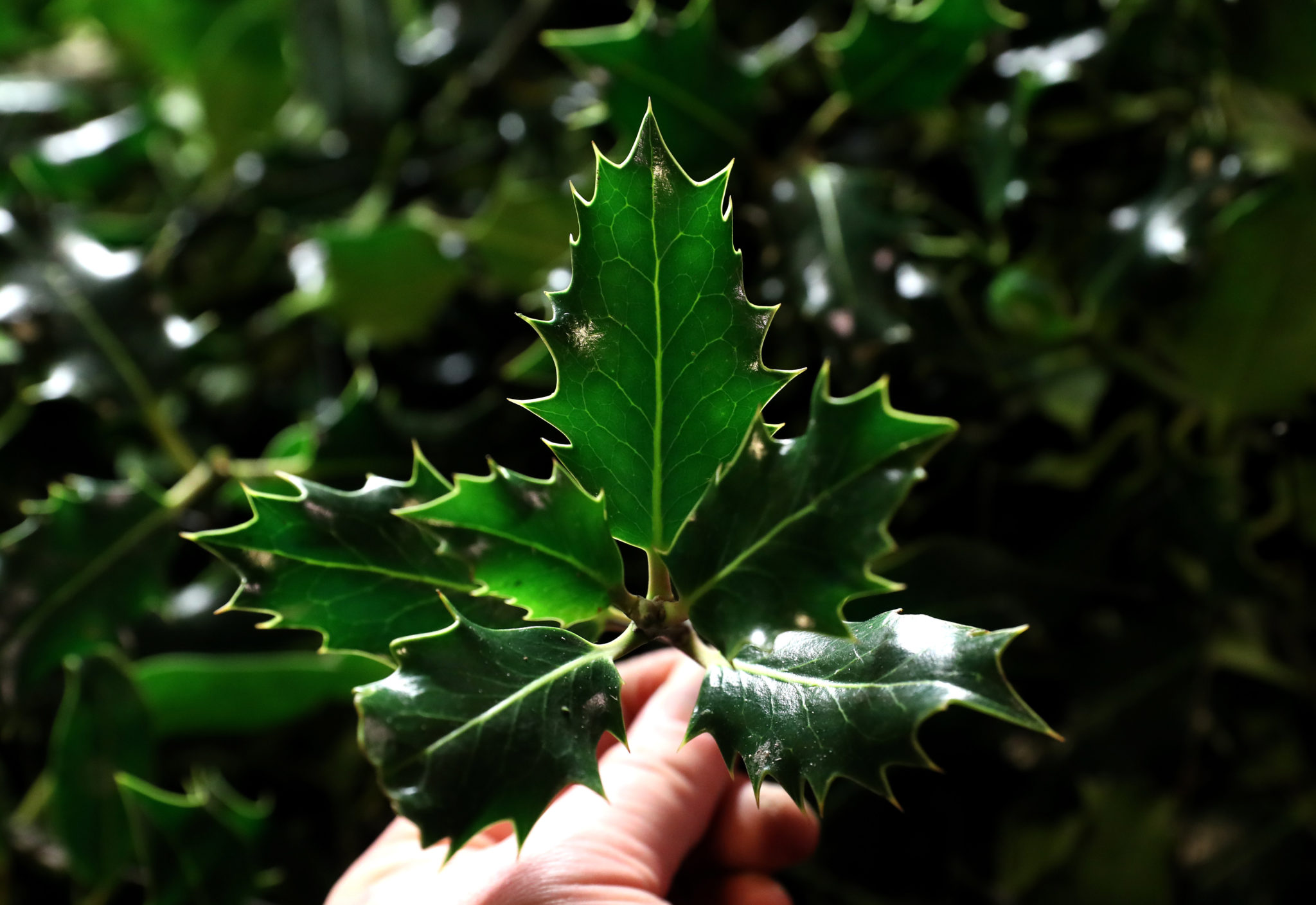 Holly being used to make Christmas wreaths at the Smiddy Farm Shop near Doune, Stirling.

Holly in the doorway

The modern Christmas tree is a relatively new introduction to Ireland. In times past, families travelled out into the countryside to find bushels of holly and ivy to decorate their homes.

Finding a holly bush with lots of berries was considered good luck and - considering the prevalence of the plant in Ireland - the tradition allowed everyone to decorate, regardless of their prosperity.

Holly is a symbol commonly associated with Christmas and has been used in Yule-tide celebrations for almost two thousand years.

It was also once used for protection, and it is thought that in Ireland’s druidic times it was used to ward off evil spirits before they could enter the house.

Mass attendances may be on the wane around the country but if you’re looking for a throng of merry churchgoers look no further than midnight mass on Christmas Eve.

Many churches pull out all the stops with warm decorations, live music, choirs and candles.

More recently, many churches have moved the ‘midnight’ service back to accommodate children and younger worshippers and - possibly - to cut down on the arrival of the odd overly-indulged Christmas caroller.

Nollaig na mBan, falling on January 6th, is traditionally the end of the holiday season in Ireland.

Tradition dictates that women get the day off while the men of the house set about the daily chores and take down the Christmas decorations.

In the past, the men were left at home in towns and villages around the country while women hit the town and met up with friends.

The day also marks the Feast of the Epiphany which commemorates the arrival of the three wise men at the crib. It is considered bad luck to keep your decorations up past the feast and - fair warning - the superstition dictates that any remaining decorations have to stay in place for a full year to ward off certain misfortune. 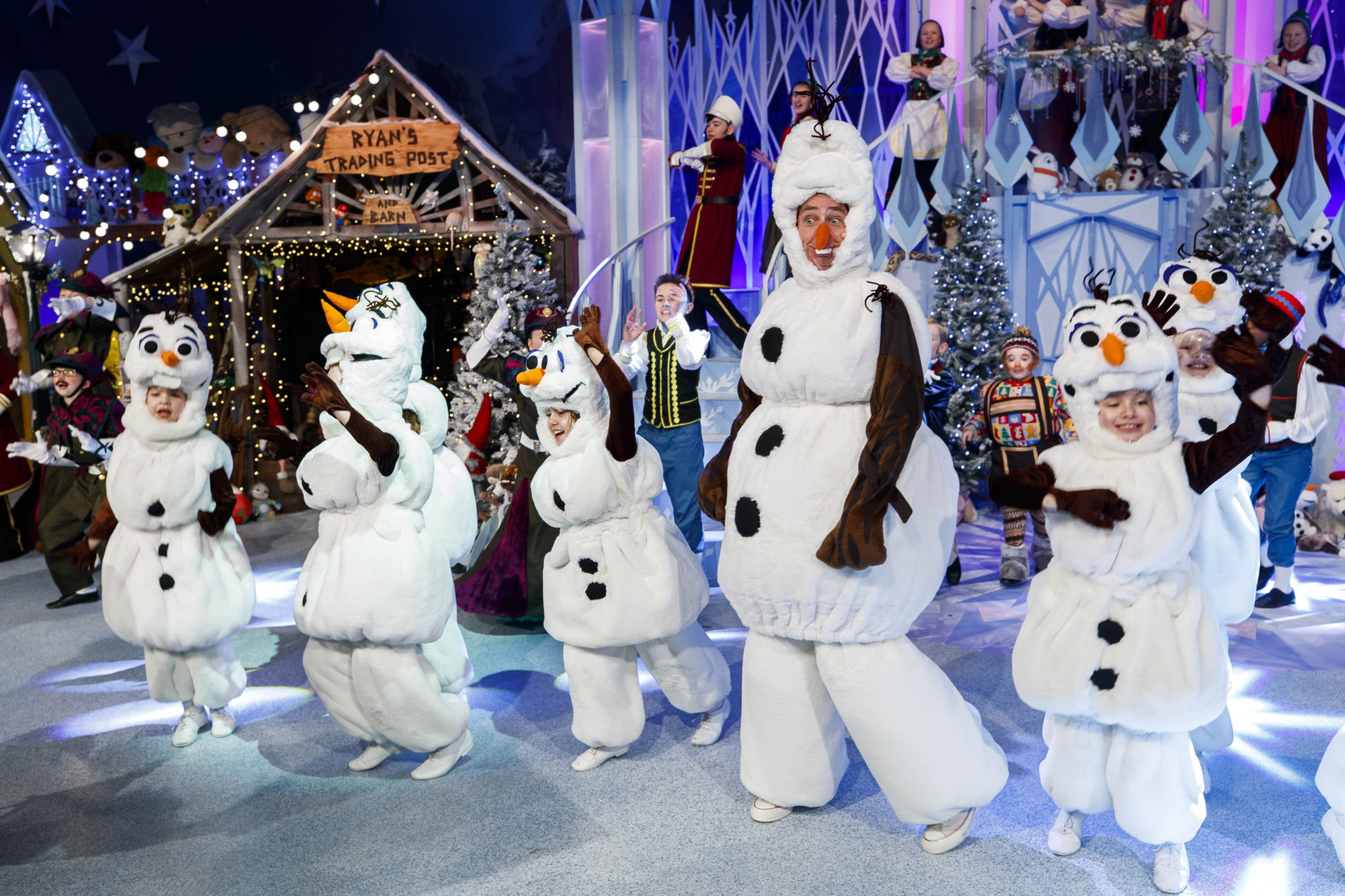 Traditionally aired on RTÉ on the last Friday in November, The Toy Show holds a special place in the hearts of children - and let’s be honest, plenty of adults - around Ireland.

Dedicated to showing the year’s most popular toys; this bastion of consumerism has taken on greater meaning for many over the years.

Regularly the most-watched TV show of the year; dodgy jumpers, cute kids and on-the-spot bloopers have made for some hilarious moments down the years. For many, the Toy Show has come to represent the beginning of the holiday season. 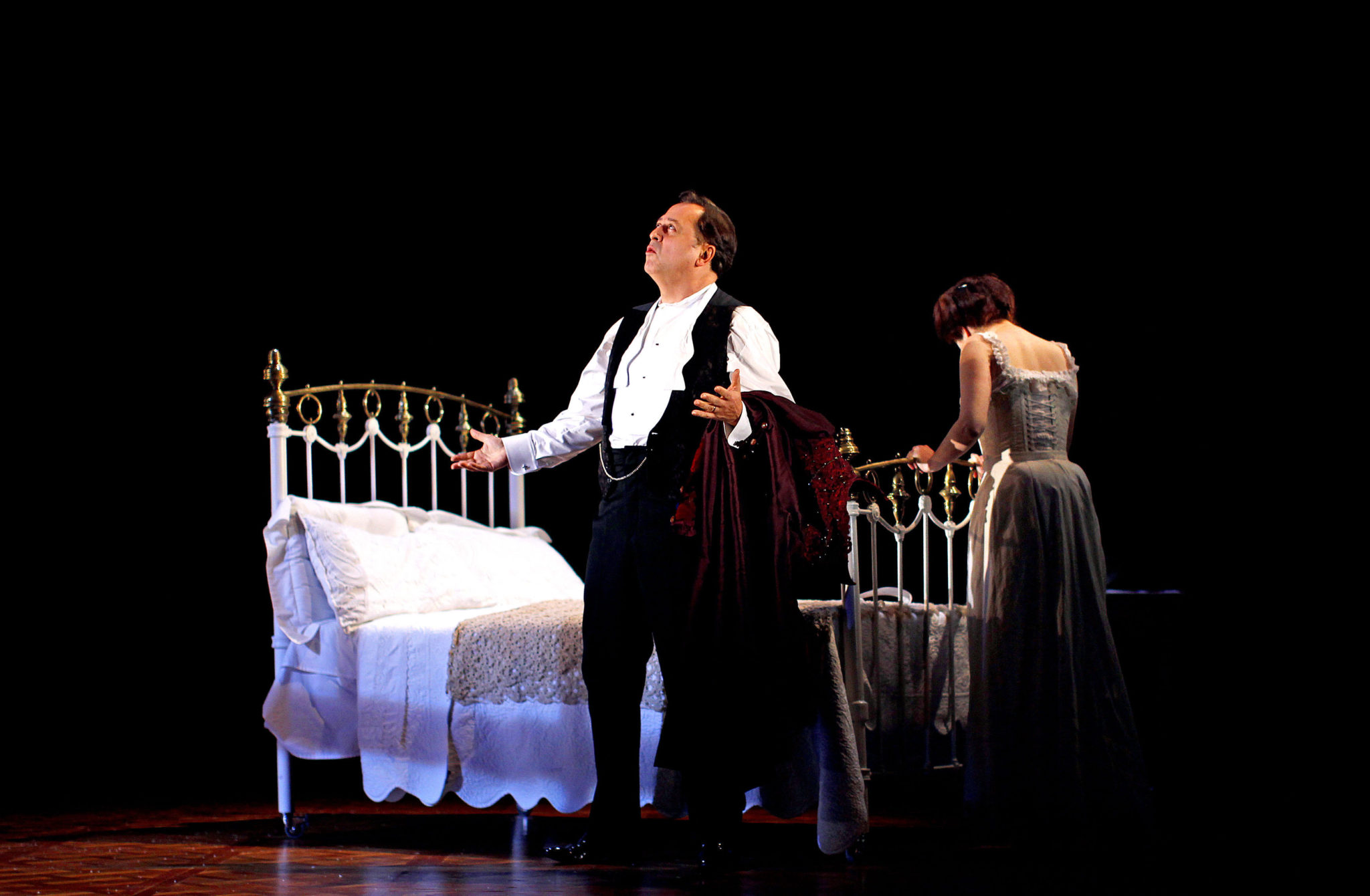 Stanley Townsend as Gabriel Conroy and Derbhle Crotty as Gretta Conroy on stage at the Abbey Theatre in rehearsals for James Joyce's The Dead, 10-12-2012. Image: Julien Behal/PA Archive/PA Images

Reading of the dead

One of the most famous stories from James Joyce’s Dubliners collection, the dead features a group of friends and acquaintances gathering for a post-Christmas get-together.

The longest story in the collection, The Dead is often cited as one of the truly great works of short fiction - and its Christmas setting has given it a timeless place in many Irish households.

A St. Stephen’s Day at the races

After a slap-up feed and maybe one too many on the big day - heading off out to the races on Stephen’s Day represents a chance to stretch the legs and get a bit of fresh air into the lungs.

The Leopardstown races in Dublin attract almost 20,000 people each year with race-meets in Limerick and Down Royal making up the card on the 26th.

For those who don’t fancy a flutter - there’s Munster and Leinster in the rugby to get through on top of a full programme of premiership football. 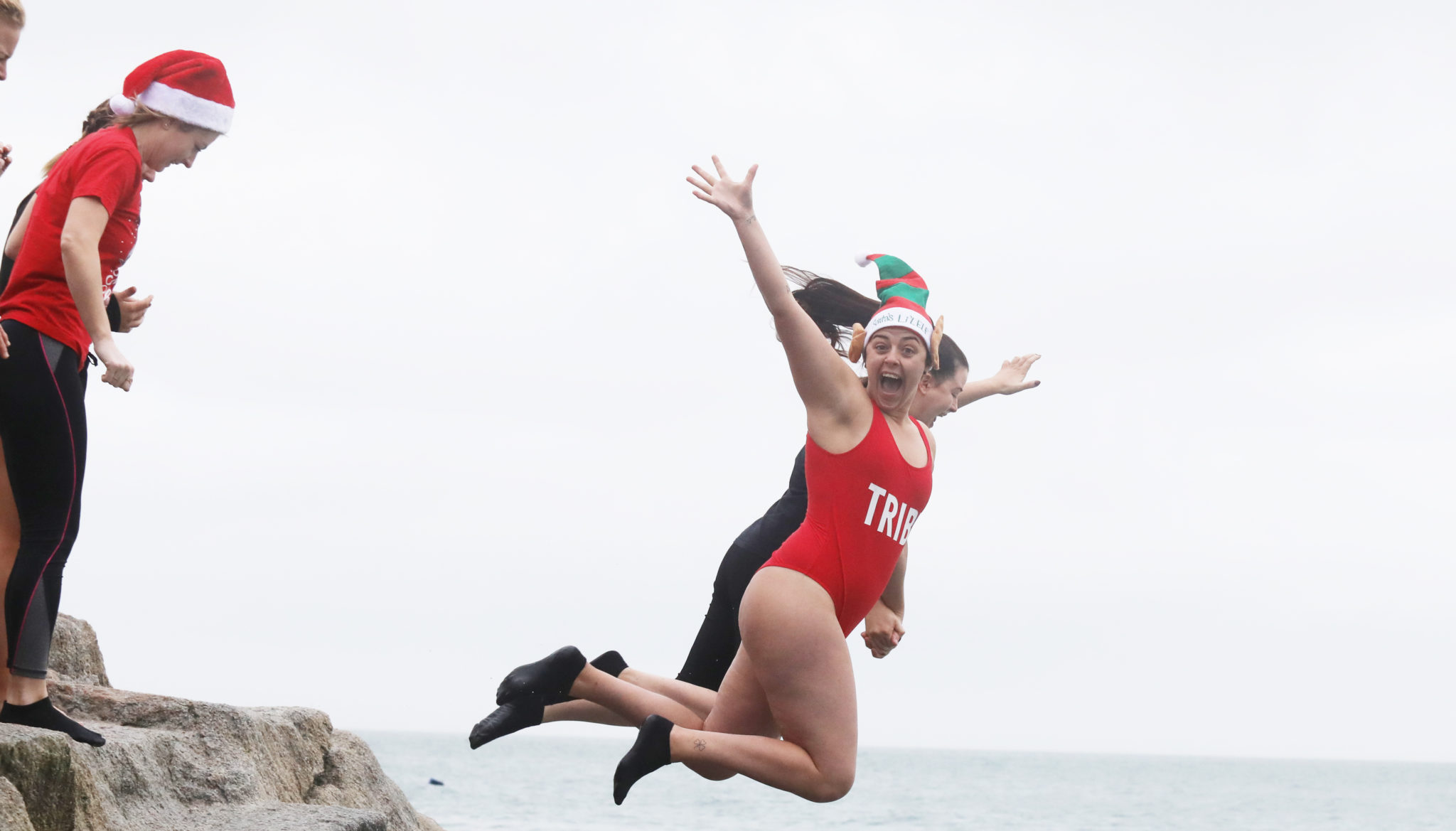 Nicole McCarty from Dublin having fun jumping off the ledge on Christmas day at the Forty Foot in Dublin, 25-12-2019. Image: Leah Farrell/RollingNews

For the more adventurous among us, Christmas wouldn’t be complete without a freezing dip in the ocean.

Christmas Day swims take place all over Ireland on Christmas morning, from Derrynane in County Kerry to Rosses Point in County Sligo.

In the capital, the Forty Foot in south Dublin and Portmarnock across the city are well-known spots for the seasonal plunge - with hundreds of people jumping off the rocks and strands wearing little but Santa hats and togs.

The bracing temperatures make for an extreme way to start the day and, with hot drinks and the odd hip-flask passed around, the atmosphere couldn’t be merrier.

Not a tradition for the faint of heart perhaps, but there’s no doubt it is one way to banish the cobwebs and get the appetite ticking over for the big feed later in the day.

Last on the list is perhaps the craziest tradition of them all. The January sales have been creeping back earlier and earlier each year and, for many, being first in the door on December 26th provides some much needed retail therapy after the festivities of the days before.

This is one that might leave Santa shaking his head but it is Christmas after all, so each to their own ... even if it does mean rolling out the sleeping bag to beat the morning rush.