The Irish humanitarian aid agency Goal has warned Ethiopia could be hit with a "devastating" food...

The Irish humanitarian aid agency Goal has warned Ethiopia could be hit with a "devastating" food crisis, unless action is taken over the worst locust infestation to hit the country in 25 years.

The charity said the escalation of the locust swarms has resulted in tons of crops being wiped out, impacting thousands of farmers.

The appeal came as the United Nations warned that the East African region could be on the verge of a famine if the huge swarms of locusts devouring crops and pasture are not brought under control.

The UN Food and Agriculture Organisation said there are fears that the locusts - already in the hundreds of billions - will multiply further.

The insects are breeding so fast that numbers could grow 500 times by June.

The UN body has called on the international community to provide nearly €80m to fund the spraying of the affected areas with insecticide.

In Borena, south-eastern Ethiopia, almost 8,000 hectacres of grass land and forest have been hit. 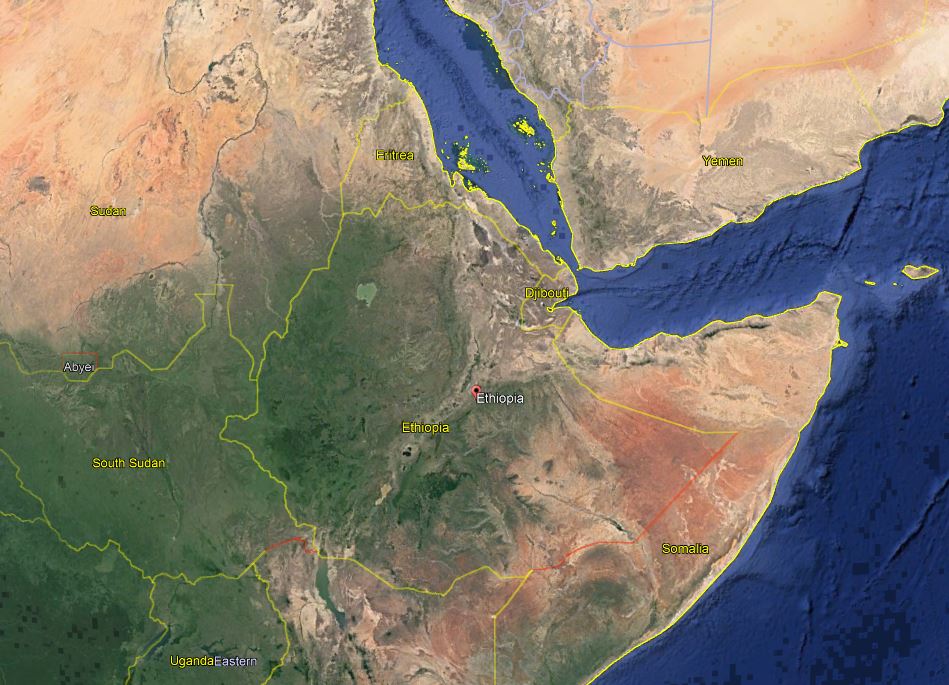 A map showing the location of Ethiopia | Image: Google Earth

Crops wiped out include maize, teff and haricot beans.

Goal country director for Ethiopia, Dinkneh Asfaw, said: "In the last few days swarms have crossed from the Kenyan border to these regions wreaking havoc.

"It is horrific. Fields of crops are being wiped out before people's eye.

"As we drove by on the roads from Teltele to Yabello, millions of swarms were crossing and infesting new areas surrounded by green pastures and leaves, while cattle and camels fled.

"In our areas of operation the crops of over 10,200 families are gone. These people and children will be without the means for food."

He said the locust infestation is compounding issues in regions in Ethiopia already hit hard by drought and internal conflict.

The Ethiopian government has appealed for humanitarian support for seven million vulnerable people in need of food and non-food support.

This figure did not factor the locust infestation impact.

Locusts can travel up to 150 km a day and a swarm the size of Paris could eat the same amount of food as half the population of France in a single day.