An Irish ban on microbeads in products has moved a step closer, after it received backing from th...

An Irish ban on microbeads in products has moved a step closer, after it received backing from the European Commission.

The commission's clearance for the restrictions on microbeads is contained in the Microbeads (Prohibition) Bill 2019.

This will allow for further consideration of the bill at committee stage in the Dáil.

European Union approval was needed, as the ban on importing microbead products could impact on the bloc's single market.

The bill would see a prohibition of the manufacture, import, export or sale of products containing intentionally-added plastic microbeads.

This would include 'rinse-off' personal care products, detergents, and domestic and industrial cleaning products and scouring agents.

As the bill intends to restrict the import and sale of certain products, it could result in restricting the free movement of these goods within the EU single market.

Minister Eoghan Murphy submitted a notification for the bill to the European Commission in July - along with detailed technical documentation.

This notification also had a three month standstill period, during which time the legislation could not be enacted in compliance with EU legislation. 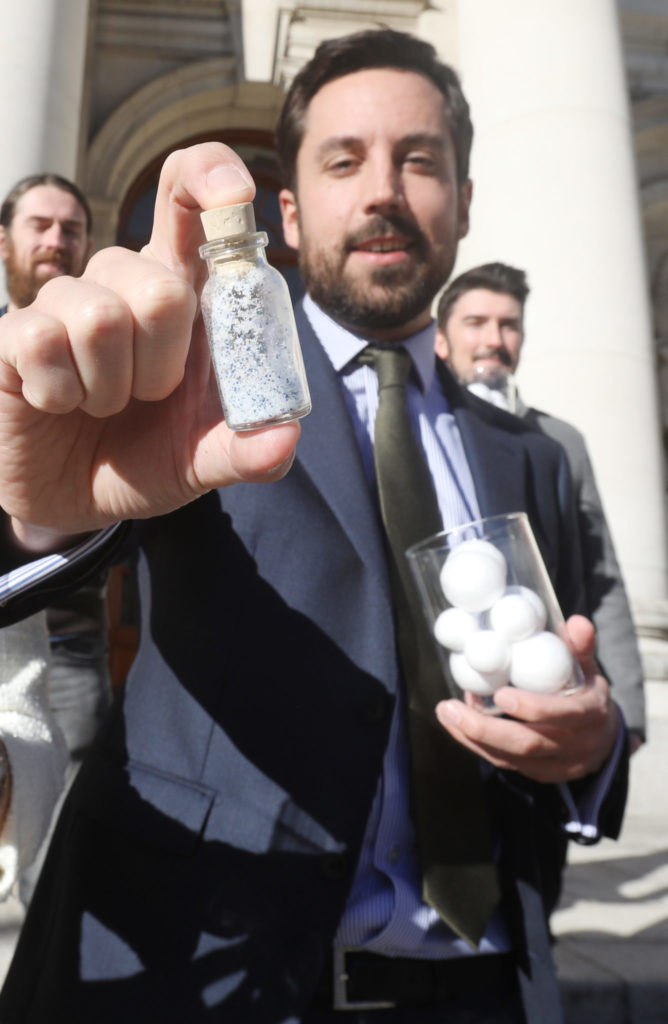 Minister Murphy said: "Now that the standstill period has been concluded, I look forward to working with my Oireachtas colleagues at committee stage at the earliest opportunity so that we can have this Bill in force as soon as possible."

"While several states legislated to prohibit personal care products containing plastic microbeads, Ireland will be the first EU member state to extend such prohibition to detergents, abrasive scouring agents and other cleaning products."

Plastic microbeads represent only one element of the microplastics in the oceans.

But it is estimated that many billions are being washed down the drain and into the world's rivers, lakes and seas each year.

Once in rivers and seas, they can last for centuries without breaking down.

Aquatic animals may eat them and they cannot be removed once they are in the marine environment.

Minister Murphy has also announced the formation of an expert group, to advise on the expansion of Ireland's existing network of Marine Protected Areas.

He intends to bring forward primary legislation to designate Marine Protected Areas in 2020.

He said: "This will be an important focus of my department's work in the coming months and years and is central to our implementation of the Marine Strategy Framework Directive, the OSPAR Convention, our commitments under the UN Sustainable Development Goals, and the UN Convention on Biological Diversity".

"This will enable us to meet the current internationally agreed target 10% protection and any future commitments."

Professor Tasman Crowe, director of the Earth Institute and associated dean of science in UCD, has accepted an invitation to chair the group.

The other members of the advisory group will be selected from a range of sectors and will be made up of members with appropriate national and international expertise.