Every staff member and elderly resident in Ireland’s nursing homes will be fully vaccinated by ...

Every staff member and elderly resident in Ireland’s nursing homes will be fully vaccinated by mid-February, according to the Chair of COVID-19 vaccine taskforce.

Professor Brian MacCraith was speaking as a 79-year-old Dublin grandmother prepares to become the first person in the Republic to get the coronavirus vaccine.

The woman, named Annie, is from the Liberties area and will get the jab shortly after lunchtime.

On Late Breakfast with Mark Cagney this morning, Professor MacCraith said four hospitals around the country will administer the vaccine to around 2,000 people in the coming days before it is rolled out to nursing homes early next week.

He said around 40,000 doses will be arriving in Ireland every week in January and February and the programme will be ramped up “very quickly over the coming weeks.”

“We won’t be holding vaccines back,” he said. “We will not be allowing vaccine to build up in our freezers, we will use them as quickly as we can get them.

“Looking at this over the monthly periods, we will ramp up very quickly to use all the vaccines as they become available.” 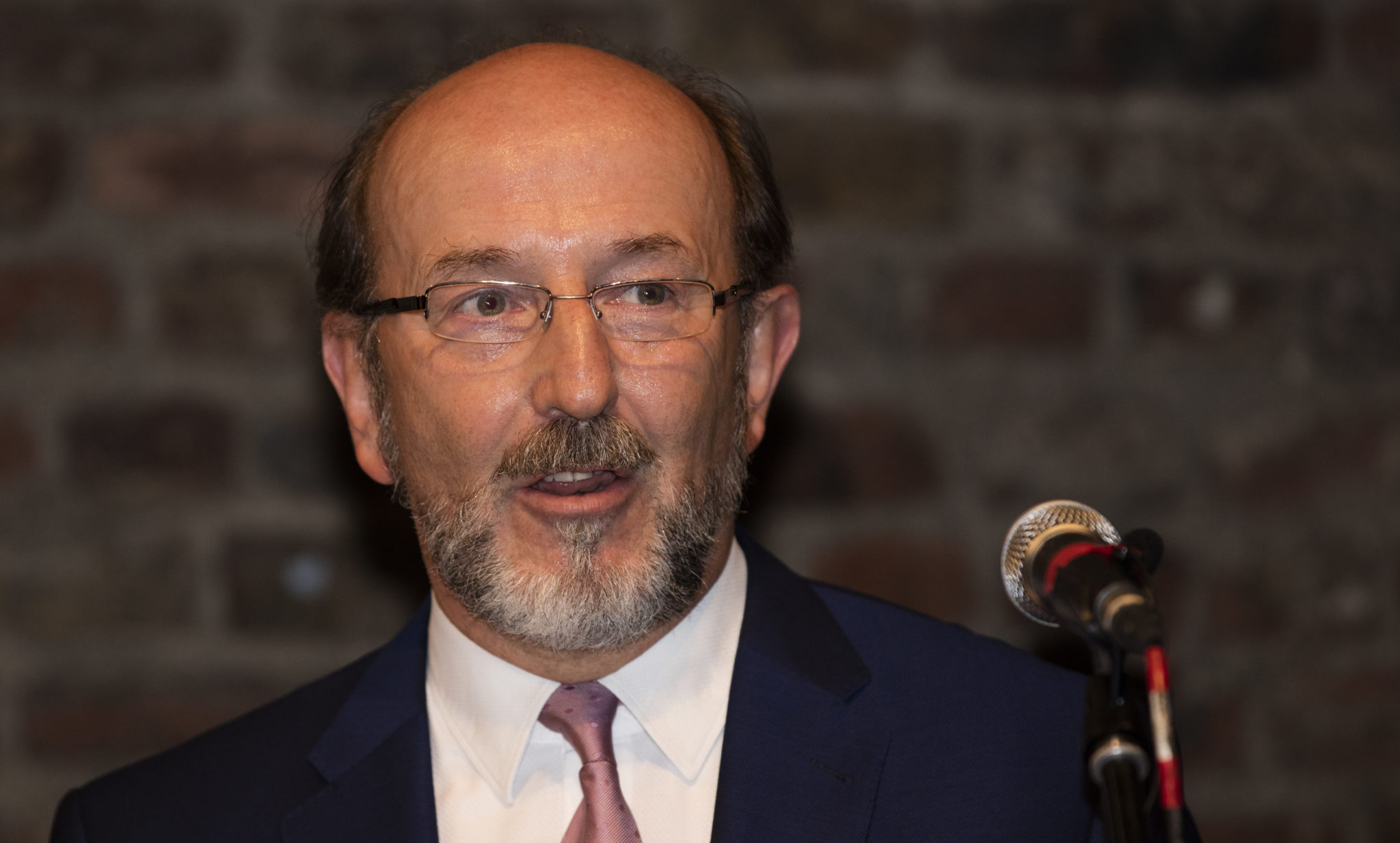 He said that officials will have to hold back 50% of the doses until they can be sure the vaccines will arrive as regularly as planned.

“Once we get great assurance they are coming as predicted to us, we can actually take the foot off the peddle and actually open up the full amount going out on a weekly basis,” he said.

He said Pfizer has been “very positive” that delivery will proceed as planned; however, officials “just want to be sure because the guidance from the EMA is that you get your second jabs three weeks later.”

Professor MacCraith said the top tier of people in the rollout plan should be fully vaccinated by mid-February.

“The top group, which is those aged 65 and older in long-term care facilities and their staff, that number is about 75,000 people,” he said.

“In our working through this, we expect to have given the second dose completing the vaccination in the week commencing February 15th.

“That is alongside working through the approximately 150,000 frontline healthcare workers in hospitals as well.

“So, the numbers will rise quite quickly and the ramp-up will just match the supply to us. There will be no holding back on the vaccine. We will scale up the workforce and scale up the timing to match the availability of vaccines

“We can’t move any faster than the availability of vaccines but we won’t be holding back on addressing that availability.”

He said a further 30,000 doses are arriving in Ireland today, ahead of the rollout to nearly 600 nursing homes next week.

Annie's got a jab

He said Annie's is a "great story."

"Born in Christchurch, grew up in the Liberties, she has been in hospital for a number of weeks," he said. "Sadly, her husband passed away a couple of weeks before her admission.

"She has ten grandchildren, one of whom actually works in the ICU department in St James’s so that has a nice turn to it as well.

"I am told that Annie is delighted to be getting the vaccine and feels very, very privileged to be the very first person in Ireland to receive the vaccine so look, it is a great story and it is so important that those who have really suffered most from the COVID-19 pandemic are prioritised here - so frontline healthcare workers and older adults."

In a tweet this morning, HSE chief Paul Reid said the first jabs represent a “great beacon of light.”