The pace at which Ireland's Covid-19 vaccination programme is rolled out is set to be ramped up "...

The pace at which Ireland's Covid-19 vaccination programme is rolled out is set to be ramped up "from here on out", according to the HSE.

It comes as almost one third of the country's adult population has now received one dose of the inoculation.

There is also increasing evidence that the chains of transmission of Covid-19 are being broken.

Ireland has one of the lowest coronavirus rates in the European Union, with only Portugal, Finland and Malta reporting rates lower than the rate of 127.51 cases per 100,000 people here.

The Chief Medical Officer Dr Tony Holohan said yesterday that now is the time for people to be hopeful and to start planning their summer.

Speaking to Newstalk Breakfast, the HSE's Chief Clinical Officer Dr Colm Henry shared this positive outlook for the months ahead.

"Things are looking up and what we saw as trends a couple of weeks ago, we see more definite evidence now and it's just getting stronger and more hopeful all the time," he said.

"We're still seeing high numbers of cases but for the first time, we're seeing a fracture between the number of cases we're seeing per day and the harm it's doing in those who are vaccinated.

"Up until now there's been a very close correlation between the numbers of cases per day translated into hospitalisations and UICUs and deaths, now we're seeing those two lines diverge."

Dr Henry stated that the rollout of the vaccine programme will continue to gather pace.

"As we now go into age cohorts, we really are shifting gears up, that's when the mass vaccination centres are opening up, 35 at this stage I think coming this week and that's when we start doing things at pace and at speed," he said.

"It's really going up a gear from here on out because apart from some additional groups we have to identify and vaccinate, notably people that are pregnant and those who are hard to reach, these are the last specialised groups we have to get to.

"When we get to those mass vaccination centres that are now opening up for those age cohorts we can really put the gears up." 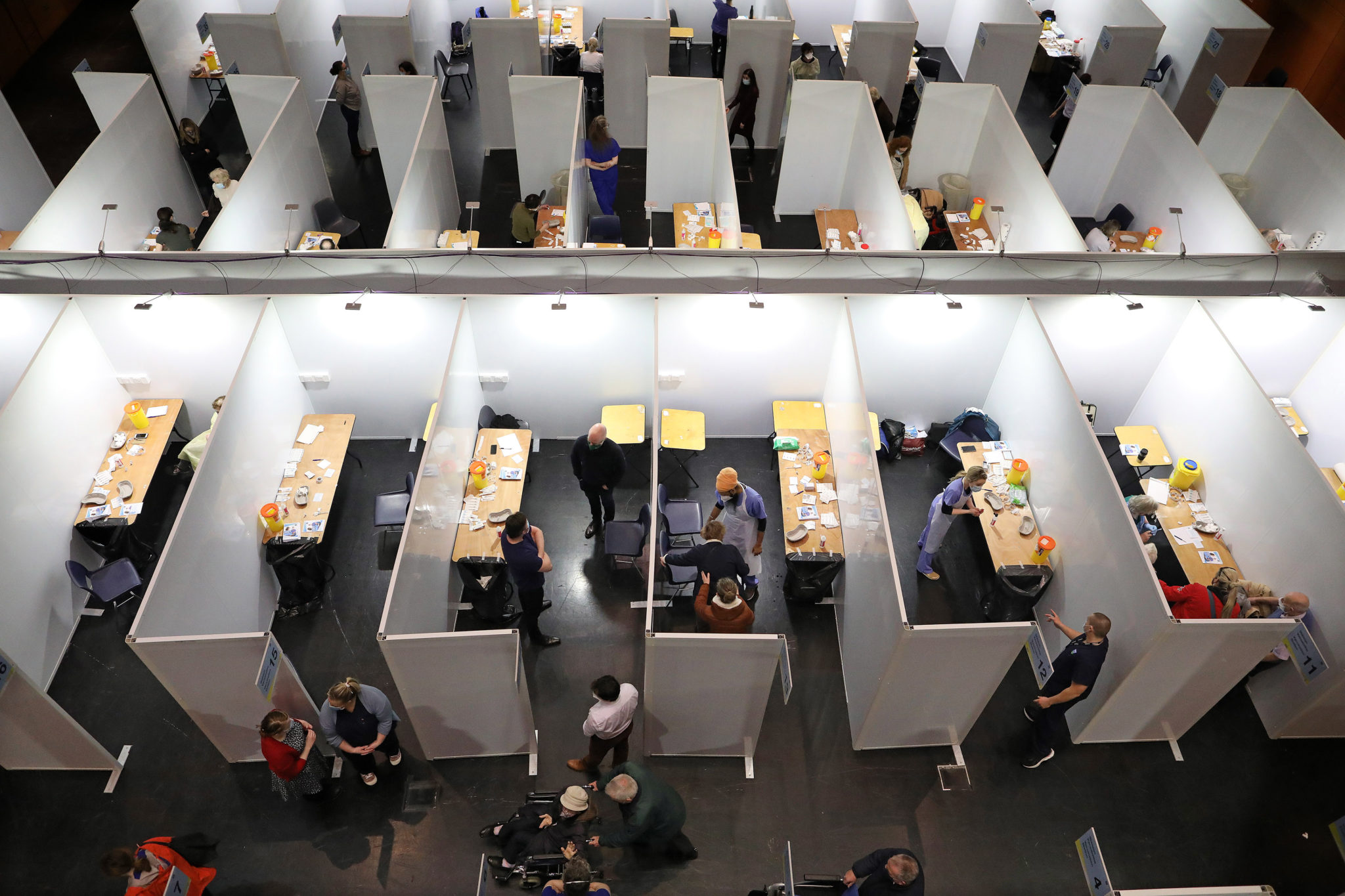 He added that he is confident a positive outcome will be reached regarding the Johnson & Johnson vaccine and who it can be given to.

The Health Service has asked for "flexibility" to allow the inoculation to be administered to people under the age of 50.

Larger volumes of the Johnson & Johnson doses are not due until the end of June, by which time the majority of people over 50 should have been vaccinated already.

Dr Henry explained that the HSE is due to meet with the National Immunisation Advisory Committee in the coming days.

"We're having those discussions this week and I'm confident we'll get a good sense of the solution that balances the need to get vaccines to the population at speed as we ramp up with safety which a really important part of this programme, it's to reassure people that we're administering vaccines safely to different age groups," he said.

Henry: Over 50% of those in ICU are unvaccinated

Henry: 'I have no regrets' that some non-frontline healthcare staff got vaccines early