"People look at you sideways as if there’s something wrong with you."

Ireland still views people that don’t drink “with a great deal of suspicion” according to Ciara Kelly.

On Newstalk Breakfast this morning, the presenter revealed that she was “constantly outed as being pregnant by strangers” when she went off the drink while expecting.

She was speaking after writer and broadcaster Keith Walsh spoke out about his life as a non-drinker in Ireland.

“I think suspicion is the right word,” she said. “We’re wary of them and the indeed, the only people we ever call an alcoholic in Ireland is the people who stand up and say they’re an alcoholic and have stopped drinking.

“The people who are stotious at the bar, we never call alcoholics. We literally call non-drinkers alcoholics with gusto but nobody else.”

She said she really noticed the stigma while she was pregnant.

“I recall myself when I was pregnant being outed as a pregnant woman multiple times by random strangers practically,” she said.

“If you didn’t drink in Ireland people will say, are you on antibiotics? Are you pregnant? And I’m like, oh my God, shut up.” 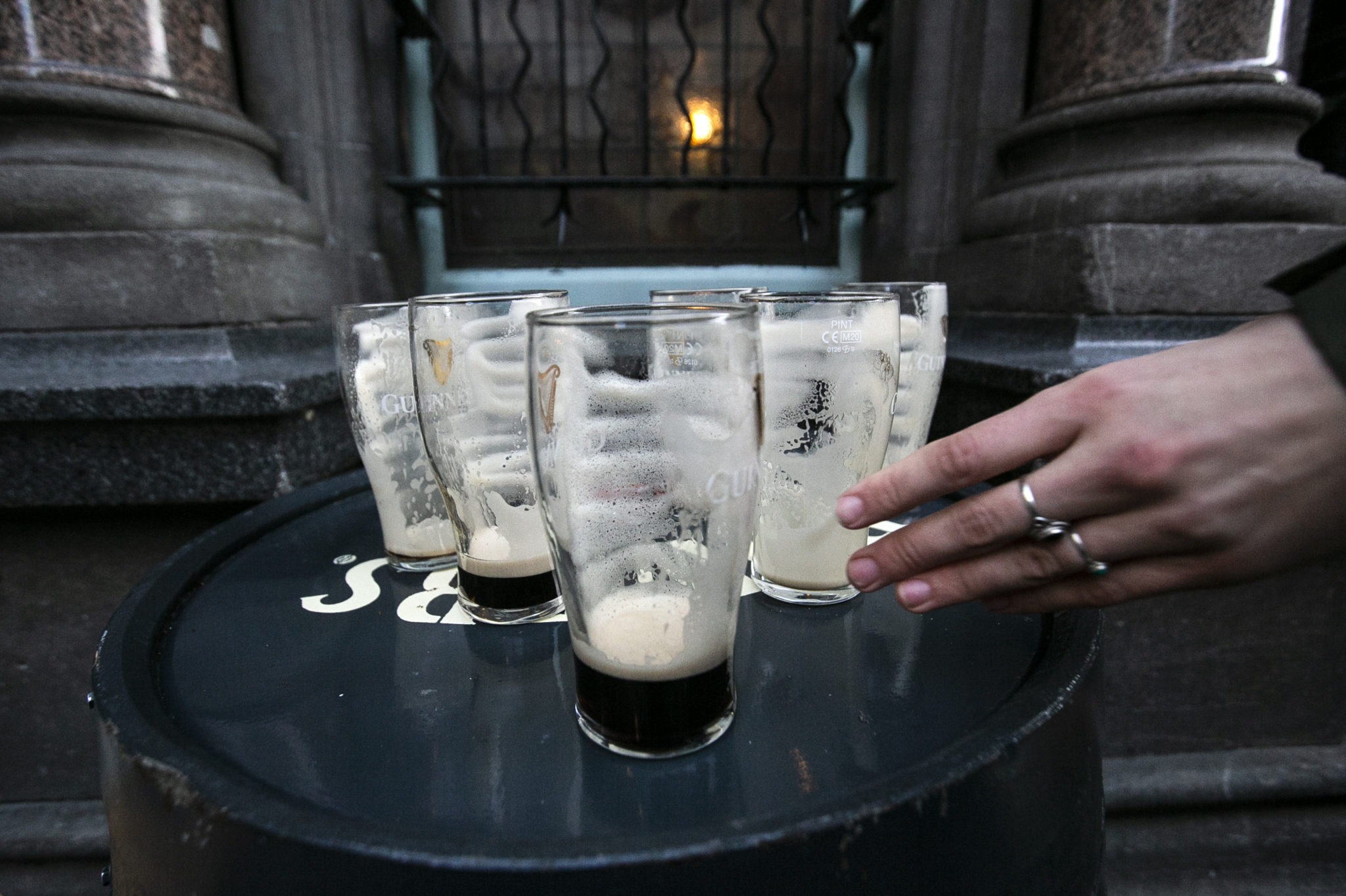 24/12/2020 Covid-19 Pandemic (Coronavirus), Ireland. Day 274 since start of lockdown. Day 1 of phased return to Level 5 restrictions. Pictured are empty pints of Guinness as pubs close at the 3pm deadline in Dublin City Center this afternoon on the eve before Christmas Day 2020. Photo: Sam Boal/Rollingews.ie

Meanwhile, co-presenter Jonathan Healy said non-drinkers in Ireland are constantly faced with people “looking at you sideways as if there’s something wrong with you.”

“Every time you go out and choose not to drink, you end up in social environments where other people are drinking and there’s a sense that there’s something wrong with you if you’re not drinking,” he said.

“When you don’t take a drink, sometimes when you’re out you do feel under pressure.

“I imagine it’s less so if you don’t drink at all but for those who have been known to take a pint, people look at you sideways as if there’s something wrong with you that you don’t actually take alcohol.”

He said the most recent figures show that on average, everyone over the age of 15 in Ireland drinks 10.8ltrs of pure alcohol every year.

The figure is even higher when non-drinkers are accounted for.

Jonathan said there does appear to be hope for the future with reports indicating the younger generation “are not following our example”.

“There are plenty of reports out there that younger people are just turning their back on the alcoholic culture that their parents have just viewed as normal,” he said.

Ciara agreed that things do seem to be changing as young people become more health and fitness conscious.