Failure to resume indoor dining over the Christmas period will spell “game over” for thousands of Irish pubs and restaurants.

The Restaurants Association of Ireland (RAI) issued the warning after the Tánaiste said he was not optimistic that indoor dining will be back on the table for Christmas.

In a conference call with industry groups last night, Leo Varadkar noted that the aiming of putting the country into lockdown for the next six weeks was to return to Level Three for December.

Level Three would only allow pubs and restaurants to offer outdoor seating to a maximum of 15 people at a time.

This morning, RAI Chief Executive Adrian Cummins said this would spell the end for thousands of businesses.

“For Christmas, 30% of the annual income for a restaurant of hospitality business comes in in December,” he said.

“So, if we don’t have an opportunity to trade during December and that 30% of income doesn’t come into our businesses, that is game over for at least 50% of the businesses we represent.

“It is that serious.” 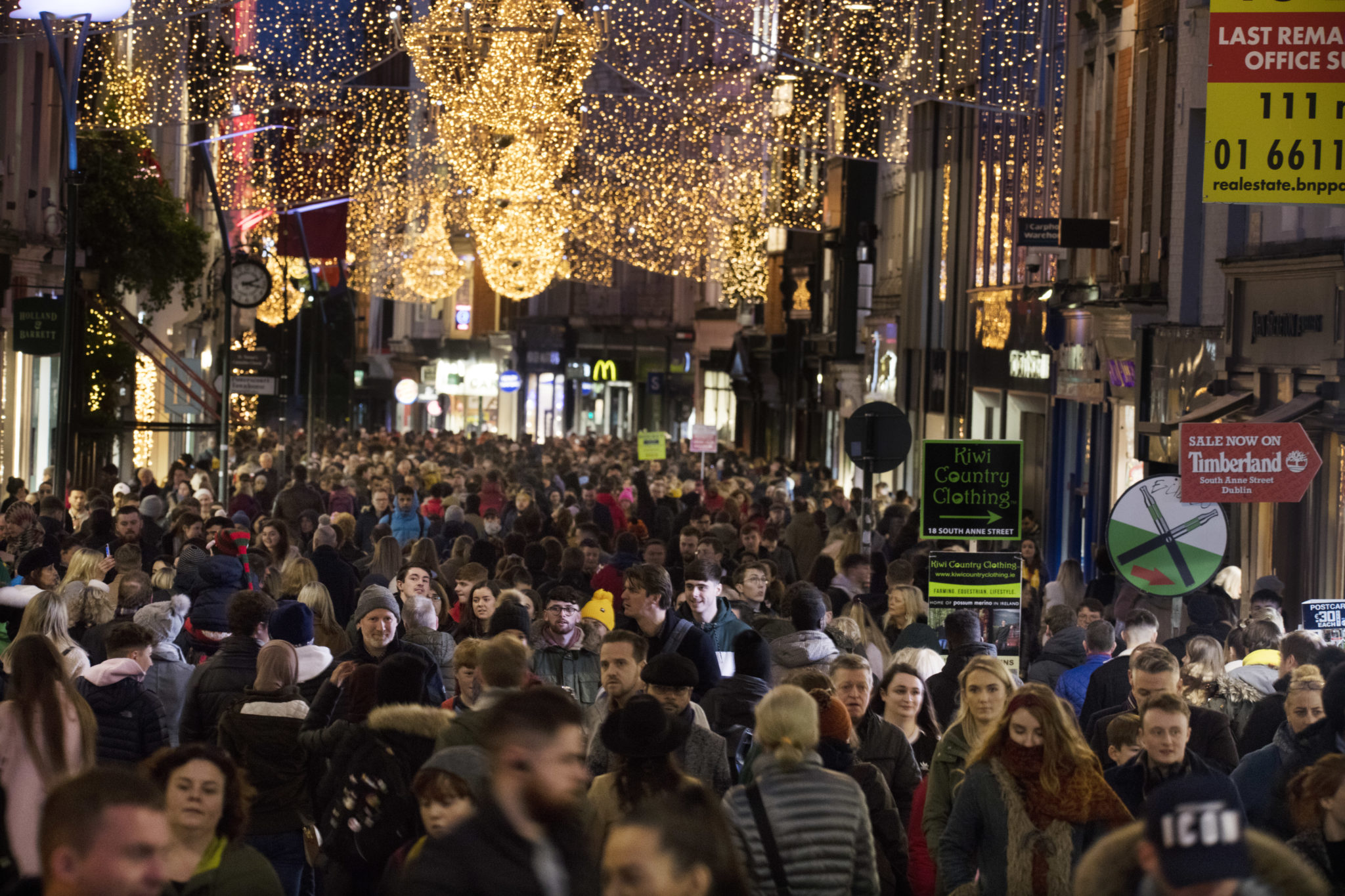 A jam-packed Grafton Street as people shop under the winter festival lights in Dublin with five days to go to Christmas, 20-12-2020. Image: Eamonn Farrell/RollingNews

He warned that only 20% of restaurants will open at all under Level Three.

“That puts them in a very precarious position because we are now in a position where the banks are looking for their repayment of loans and landlords have given no leniency whatsoever for tenants who have been paying their rent continuously since March.

“This could tip us over into an avalanche of liquidations come December or January of next year so we definitely need to have some sort of opportunity to trade – an opportunity to open our doors in a safe manner so we can provide comfort for our customers and patrons and protect them in a dining environment.”

Mr Cummins said the “extremely low” number of coronavirus cases linked to hospitality industry shows that restaurants and bars have done everything right up to now.

He warned that if a solution is not found, we will end up in a situation where gatherings in the home leads to another surge in cases.

“Our fear is that when people return to their homes around the country for Christmas to celebrate Christmas, the uncontrolled house parties will rocket during the Christmas period and then we will be back to another lockdown scenario potentially in the New Year,” he said.

“If hospitality is open in some sort of capacity that should mitigate that want out there among people to have a social outlet for Christmas.”

The RAI head said he is confident a solution can be found that will allow the country’s pubs and restaurants to open in a practical and profitable manner over the holiday season.

PlayStation 5 'does not disappoint' as websites crash on launch