Tesco has opened its first checkout-free supermarket in the UK.

Paying for your shopping at a till could be a thing of the past in the not-so-distant future.

In the UK, Tesco today opened its first checkout-free store in Holborn in London.

The shop's ‘GetGo’ system allows customers to simply check in to the store using the supermarket chain’s app, pick up what they need, and leave without having to stop at a checkout.

Tesco says this is achieved using a “combination of cameras and weight-sensors” to detect what a customer has bought, and then charges them directly through the app once they leave the shop.

The supermarket chain isn’t alone, as Amazon Fresh offers similar checkout-free stores in the US and more recently in the UK.

Aldi UK has also started experimenting with this 'no checkout' technology, while Sainsbury's trialled its first till-free store two years ago.

On The Hard Shoulder, Conor Pope - Irish Times Price Watch Editor - says “this is the world we’re going to be living in”.

He observed: “I don’t know if it will be this year and next year, but it is going to happen.

“It seems really alien to us now, but it’s going to be the future.

"We don’t know when it’s going to happen, but the reality is almost all of the human interactions people get in the retail space will be taken away.” 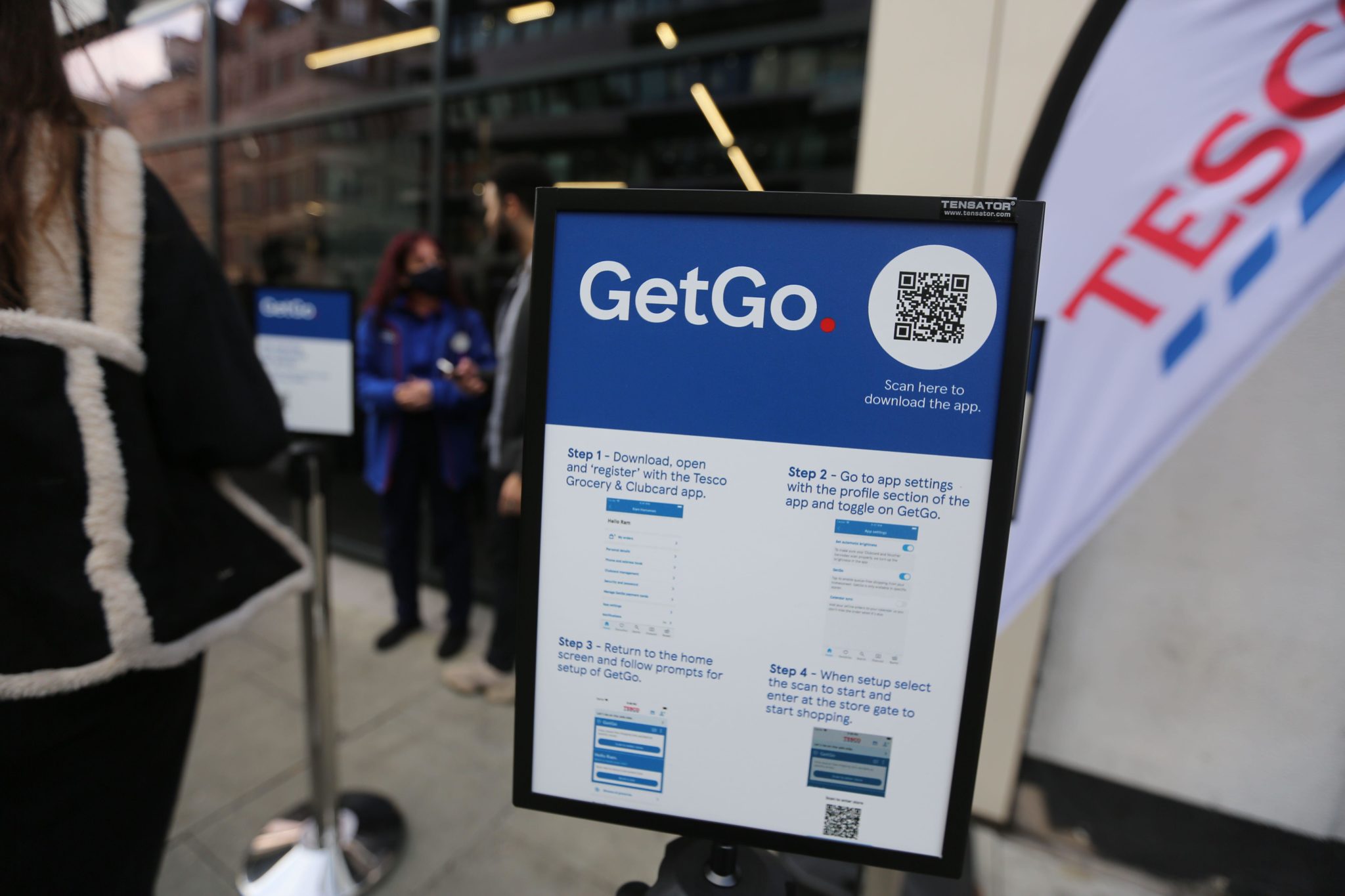 He explained the new Tesco system works similarly to automated checkouts, which weigh items to ensure the customer has scanned the correct one.

However, in this case a customer is 'surreptitiously' weighed while entering and leaving the store - ensuring the weight of the items they leave with matches what cameras have captured them picking up.

Conor says there will be real advantages for consumers, including an end to queuing in supermarkets - something that could make shopping much quicker.

Despite those benefits, however, Conor says this type of technology does bring up moral and ethical concerns as well.

He observed: “This is yet another sign of automation replacing the jobs that human beings do.

“What about all of the staff who work in your local Tesco? We run down the road of a fully-automated, artificial intelligence-driven society at our peril - these things do come with consequences.”

He said there’s already a dramatic decrease in the number of retail staff in many stores, and “you can’t hold back the tide of progress”.

However, he noted how working in a shop is an “incredibly meaningful” job - pointing to the invaluable services shop assistants provided when the pandemic hit last year.

Conor Pope: Calling me bald 'is a fact, not sexual harassment'

Conor Pope: You don't have the rights you think to return unwanted gifts

Conor Pope: People will be hit with higher energy prices in 2022