Mr Chirac died on Thursday at the age of 86.

His son-in-law Frederic Salat-Baroux says the veteran politician passed away peacefully and "among his loved ones".

A cause of death was not given, although the former president had experienced ill health in later life - including suffering a stroke while still in office in 2005.

Tributes have been paid to Mr Chirac, including a minute's silence in the French National Assembly.

President Higgins said: "It is with great regret that I have learned of the death of former president of France, Jacques Chirac.

"His contribution as a politician and statesman, over the course of a long career in public service spanning four decades, was a significant one.

"As president of France Jacques Chirac played an prominent role throughout one of the most important periods in recent European history.

"He was a good friend of Ireland, visiting our country on several occasions and always working to further our strong relationship of enduring friendship.

"As President of Ireland, I express my deepest condolences to his family and the people of France."

The Taoiseach Leo Varadkar said: "I want to express the condolences of Ireland and the Irish people to the family of former president Jacques Chirac, and to the people of France on the occasion of his death.

"France has lost a long-serving and influential leader who was instrumental in shaping modern France, serving twice as prime minister and as president from 1995-2007.

"He was a true European and wisely kept his country out of the Iraq war.

"Jacques Chirac was also a great friend of Ireland, which he visited on many occasions.

Mr Chirac spent 12 years in the presidency, as well as serving as prime minister of France on two separate occasions.

He earned the nickname 'Le Bulldozer' early during his career due to level of determination.

He was the country's first leader to acknowledge France's role in the Holocaust, and was known for his defiant opposition of the invasion of Iraq in 2003.

As well as his terms in the country's top political roles, he was also a long-serving mayor of Paris - spending almost two decades in the role. 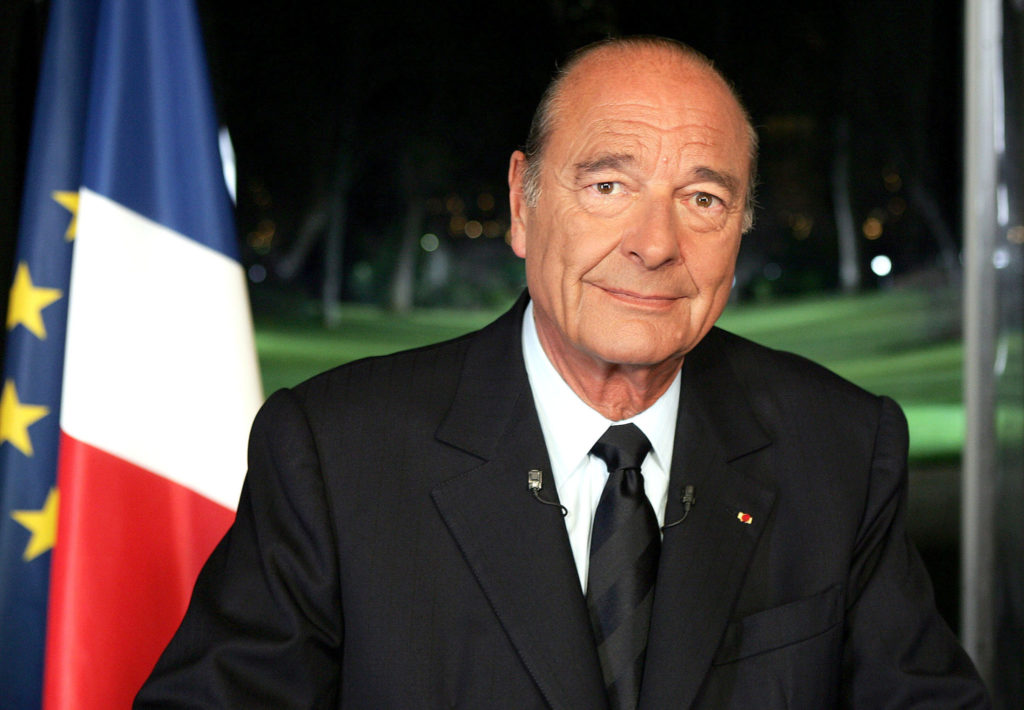 Jacques Chirac poses prior to the presentation of his New Year wishes for 2005, in a televised address to the nation from the Elysee Palace Paris in 2004 | Image: Pool/ABACA/ABACA/PA Images

In 2000, he led a successful referendum to reduce the French presidential term from seven to five years.

Despite being elected for a second term, Mr Chirac also proved unpopular with the public during his time in office - and in 2005 a poll showed him as the most unpopular president since polling began in 1978.

France entered into the single European currency under his presidency, and compulsory military service was abolished.

He crushed the myth of France's innocence in the persecution of Jews during World War II.

On July 16th 1995 he said: "Yes, the criminal folly of the occupiers was seconded by the French, by the French state.

"France, the land of the enlightenment and human rights... delivered those it protects to their executioners."

Mr Chirac also embraced European unity, calling it an "art", and raged at the French ahead of their "no" vote in a 2005 referendum on the European constitution meant to fortify the EU.

He said: "If you want to shoot yourself in the foot, do it, but after don't complain.

Mr Chirac ultimately became one of the French's favourite political figures, often praised for his down-to-earth human touch rather than his political achievements.

His popularity did not fully recover until after he left office in 2007, handing power to protege-turned-rival Nicolas Sarkozy.