Video of asylum seeker accommodation in Laois 'appears to be staged'

The Department of Justice has said a video circulating on social media, purporting to show accomm...

Video of asylum seeker accommodation in Laois 'appears to be staged'

The Department of Justice has said a video circulating on social media, purporting to show accommodation at a direct provision centre, "does not represent the reality" at the facility.

The video panned around the room at the East End Hotel in Portarlington,  Co Laois.

The video clip was sent to Newstalk reporter Barry Whyte.

The hotel is being used as emergency accommodation by the Department of Justice.

One resident secretly recorded the 29-second video - which shows 10 beds in the hotel room.

It depicts six beds lined up in a row against one of the walls of the room.

There are clothes and bags on some of the beds.

The rest of the beds are seen at different angles against the other walls.

Eleven asylum seekers are being crammed into 10 beds in one room inside the East End Hotel in Portarlington, which is being used as emergency accommodation by the Dep of Justice

One resident secretly recorded this video and sent it to me earlier #directprovision @NewstalkFM pic.twitter.com/v11hCGnQwR

In an earlier response, Justice Minister Charlie Flanagan said: "I am concerned at the content of this video clip. I have sought a report on this matter from the appropriate authorities.

"There are clear standards in respect of accommodation that should be upheld & complied with at all times."

He also said he would share the report with Fianna Fáil Senator Catherine Ardagh, who first alerted him to the clip.

But in a further response on Saturday, the Department of Justice said hotel management informed them that "a number of residents moved themselves from their assigned rooms into the room shown in the video."

"The footage circulating appears to have been staged and the residents involved have been asked to return to their allocated rooms", a statement added. 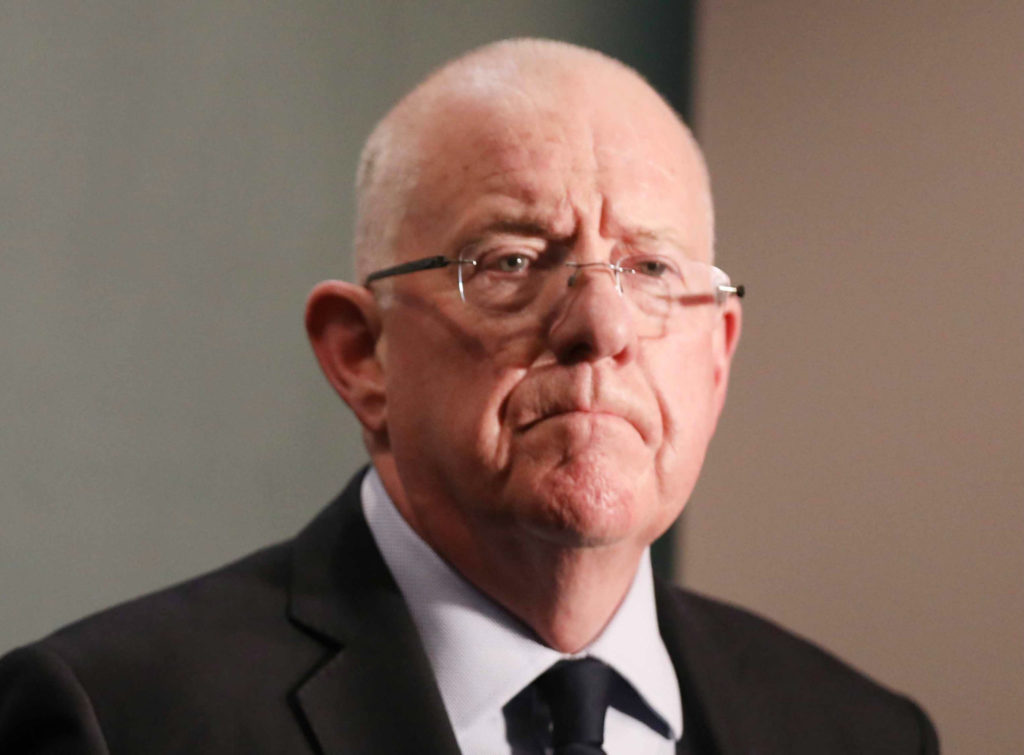 Similar claims were also made about the accommodation in the hotel last autumn.

The department said subsequent inspections "confirmed that the accommodation arrangements at the hotel had been misrepresented in a staged video at that time."

"It should be noted that applicants availing of accommodation services may also avail of the services of the ombudsman who the department works with to resolve any issues that arise", the statement said.

The East End Hotel is one of a number where accommodation is being provided on a short-term basis to international protection applicants, while places are being sourced in dedicated accommodation centres.

The East End Hotel is providing accommodation for 71 asylum seekers across 19 bedrooms on an emergency basis.

But the Department of Justice said no room being used by the department has more than six people.