The famous Guinness gates in Dublin city are getting a makeover. They are going rainbow-coloured ...

The famous Guinness gates in Dublin city are getting a makeover.

They are going rainbow-coloured to mark the company's involvement with the 2019 Union Cup - Europe's biggest LGBT+ inclusive rugby tournament.

The game is coming to Dublin for the first time in June at the Dublin City University (DCU) campus.

The Union Cup takes places over two days from June 8th and will feature 45 teams from 15 countries.

Our iconic GUINNESS Gates in Dublin have been transformed for the first time in their history to support our partnership with @unioncuprugby. Europe’s biggest LGBT+ inclusive rugby tournament which takes place in Dublin on 8th and 9th June. https://t.co/VPjOAZhIgc #TryWithPride pic.twitter.com/3exlSFHmcF

The gates took nine days to complete and were revealed by representatives of Ireland's Host team, the Emerald Warriors.

The gates are passed by two million tourists each year - Guinness has said they want to use their brand to help showcase the Union Cup and encourage people to attend the matches.

This is the first time the gates have ever been any colour other than black or blue. 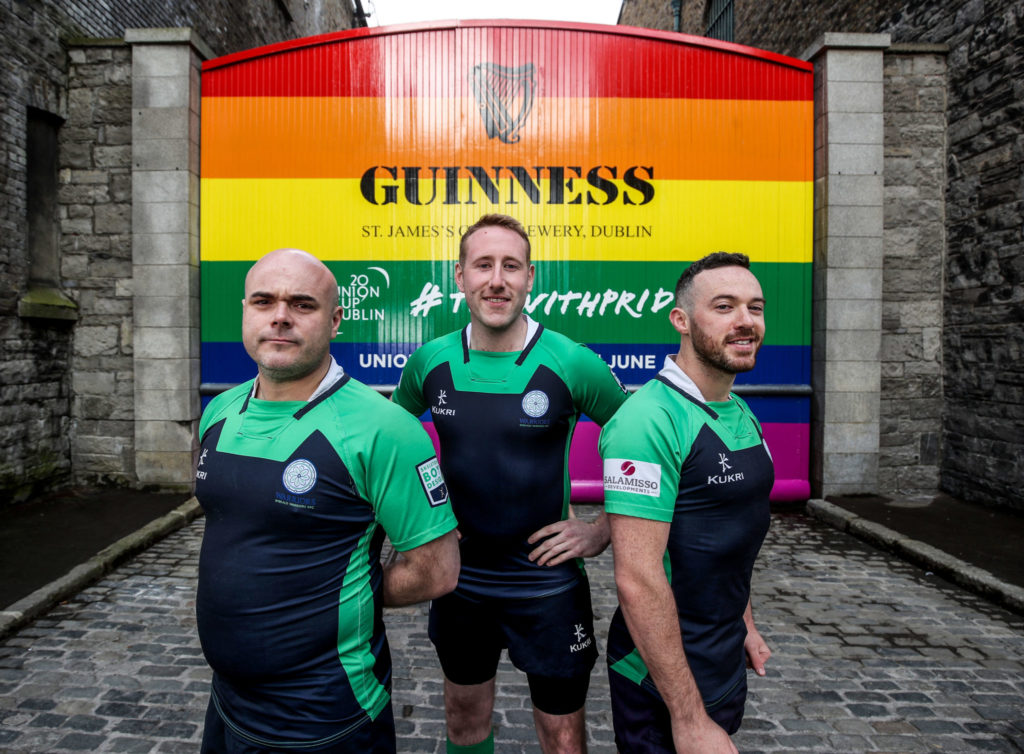 In the early 20th century, the gates would have been painted 'Guinness Blue' - a bright blue - with gold Guinness lettering.

This was changed around 1988 to black with gold lettering.

Rory Sheridan, head of partnerships - Europe at Diageo, spoke about the transformation.

"We are proud to support Union Cup Dublin as it celebrates the power of rugby to unite people, and we hope Guinness gates encourage people to support the teams playing in June.

"The team at Guinness have championed inclusivity and diversity in rugby, values that are integral to Guinness as a brand, through a number of rugby partnerships.

"We collaborated with Gareth Thomas to tell his story in 2015, and we recently became the first commercial partner for the Women's Six Nations.

"Union Cup Dublin will also spotlight inclusivity in the women's game by hosting the first dedicated women's tournament in Dublin, and we are delighted to continue to support women's rugby." 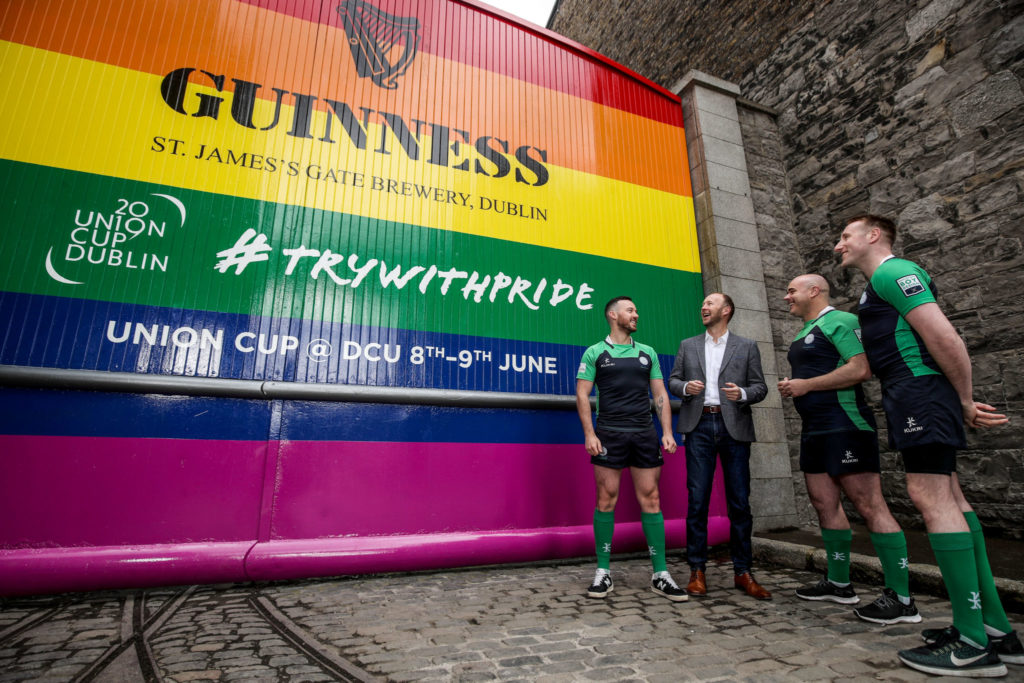 Emerald Warriors president and chair of Union Cup, Richie Fagan, added: "We are honoured to have a global brand such as Guinness stand in support of inclusive rugby, and to see the iconic gates painted in celebration of 'Union Cup Dublin' is epic.

"It is so important for us that our partners like Guinness make this tournament possible, and we're incredibly proud to showcase how Ireland does it to our 45 visiting teams.

"We invite Irish people, not just rugby fans, to do the same and come out to support and enjoy the Union Cup at DCU over the weekend."