European Union leaders have reached a deal on a €750bn COVID-19 recovery package for the bloc. ...

European Union leaders have reached a deal on a €750bn COVID-19 recovery package for the bloc.

It follows five days of intensive talks in Brussels during the first in-person summit in months.

It involves a total of €1.8tn which includes a budget for the next several years.

The deal also sets aside specific funding for specific sectors - such as transport, energy and digitalisation.

Some €360bn will be made available as loans.

Most of the rest will be used to set up a fund with grants to support the economies most affected by COVID-19.

The bulk of the money will be channeled through programmes in which the European Parliament is involved.

Ireland will also receive some additional €300m of the European Agricultural Fund for Rural Development (EAFRD) for supporting rural development.

Euronews reporter Shona Murray told Newstalk Breakfast: "We know that this recovery fund was the most contentious part of the negotiations over the weekend, so it took about four days to alter it.

"Because of the changes to that, the whole so-called negotiation box - the whole package - had to be revised.

"That was sort of put on the table last night at around 6 o'clock from President of the European Council Charles Michel.

"All throughout the night the EU leaders poured over that"

"We know that the sort of frugal four member states - led by the Netherlands, Sweden, Austria, Denmark - they didn't want to have any grants in particular.

"So it's really quite a strong move that they came to €390bn - but in response to that, they got an increase in their rebates, which is money that net contributors get back from the budget.

"So it was a very difficult negotiation, it is quite a large package".

President of the European Council Charles Michel simply tweeted 'Deal!' after the agreement was reached early on Tuesday morning.

Following the talks, he said: "We did it - Europe is strong, Europe is united".

"We have reached a deal on the recovery package and the European budget.

"These were of course difficult negotiations in very difficult times for all Europeans.

"A marathon which ended in success for all 27 member states, but especially for the people.

"This is a good deal, this is a strong deal and most importantly this is the right deal for Europe right now". 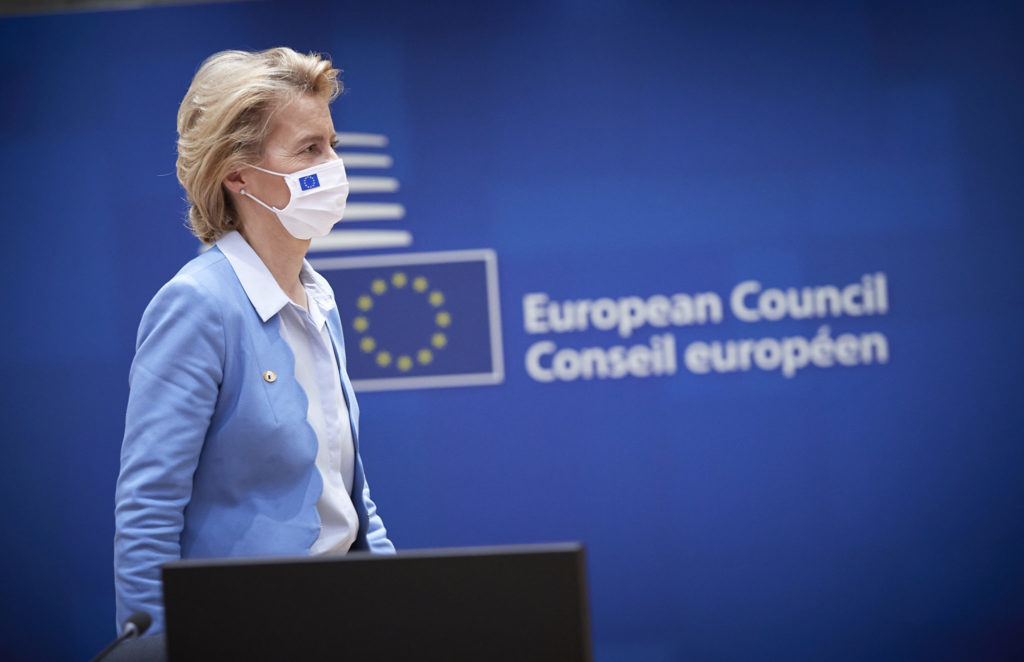 President of the European Commission, Ursula von der Leyen, said: "We have now the new own resources tightly linked to the repayment - this is a big step forward with a clear timetable.

"Member states will benefit as they will contribute less to repay the investments, and the new own resources will strengthen the European Union also in the long-term.

"I'm glad that we managed to safeguard this achievement during the whole negotiations.

"And Europe's recovery will be green: the new budget will power the European green deal, it will accelerate the digitalisation of Europe's economy".

"And finally unlike in previous crises, this time member states have not opted for an inter-governmental agreement.

"But they have entrusted the European Commission of Europe's recovery."

Speaking on Monday, Taoiseach Micheál Martin said it was an unprecedented but necessary move.

"The unprecedented package that is before us over the last number of days, in many ways, explains the detailed and challenging negotiations that have followed.

"But it is necessary and it is the right response.

"Ireland is taking a constructive, activist role to ensure that a package of this scale is delivered which will enable member states - particularly member states who are under particular pressure from COVID-19 - are in a position to respond to it and to help their economies recover from it".

Main image: Taoiseach Michael Martin (centre) with other leaders at the EU summit in Brussels. Picture by: European Union