The President of the European Commission said the EU has reached its target on COVID-19 deliverie...

The President of the European Commission said the EU has reached its target on COVID-19 deliveries.

Ursula von der Leyen said enough doses of the jab have been delivered to vaccinate 70% of adults across the member states against the virus.

She also confirmed that around 500 million doses would be distributed across the EU by Sunday.

"COVID-19 is not yet defeated. But we are prepared to deliver more vaccines. We will only come out of this crisis together."

In an accompanying video statement, Ms von der Leyen said the European Union has "kept its word" in pledging to have 70% of adults across the bloc inoculated by the summer.

"I have good news for European citizens today. The European Union has kept its word," she said.

"This weekend we have delivered enough vaccines to member states to be in a position to vaccinate fully at least 70% of EU adults this month.

"By tomorrow, some 500 million doses of vaccines will have been distributed." 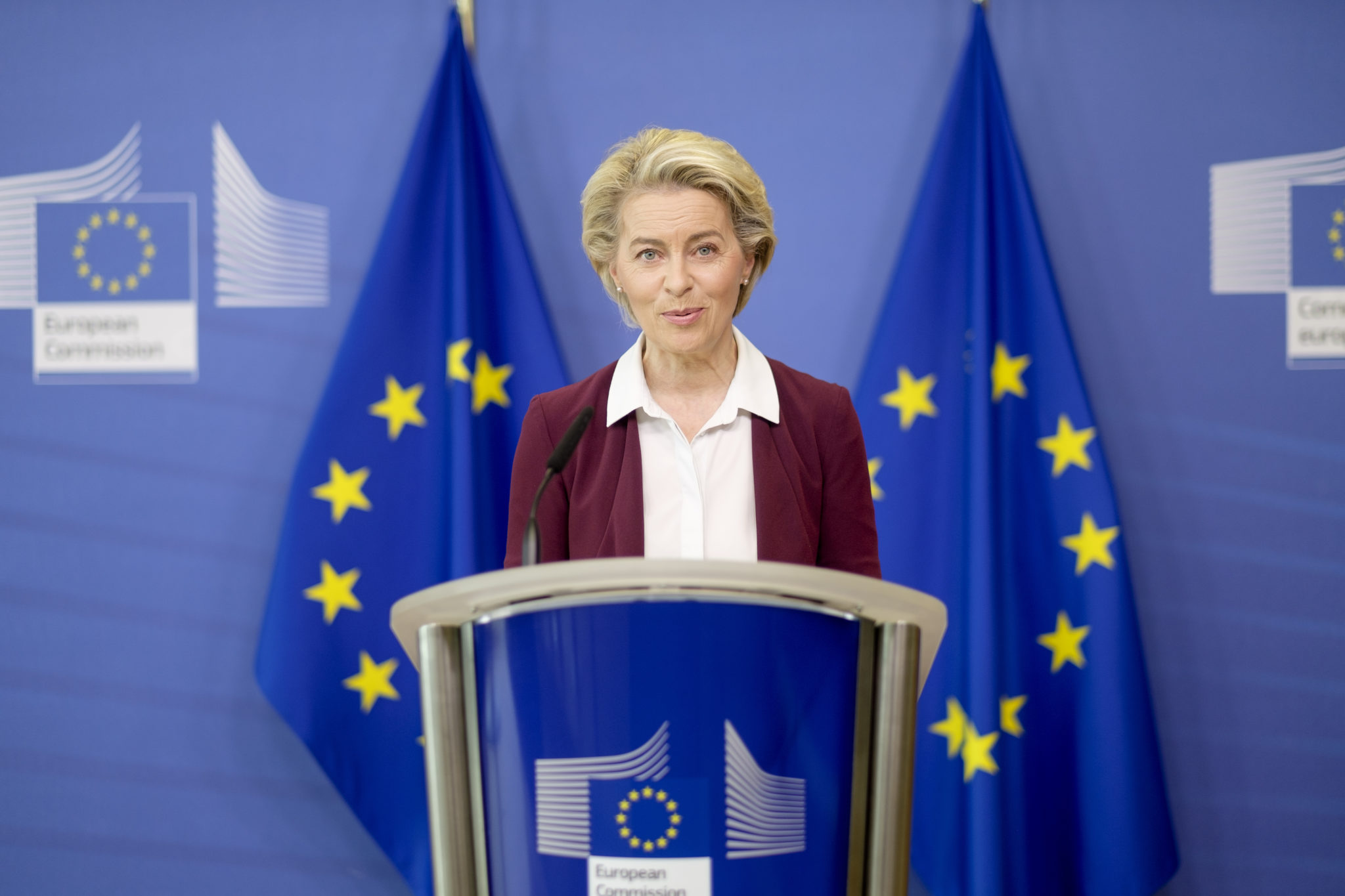 She added: "Our vaccination campaign has accelerated tremendously since the beginning of the year.

"Our joint approach is a success because we will only come out of this crisis together.

"But COVID-19 is not yet defeated. We are prepared to deliver more vaccines, including against new variants.

"Now member states must do everything possible to increase vaccinations, only then will we be safe."

It comes as more than 55% of the adult population in Ireland are now fully vaccinated against COVID-19, according to the CEO of the HSE.

Paul Reid said that 70% of adults have had at least one jab, adding that there is "a big challenge ahead" with the virus.