Flight cancellations are likely to be around all summer, according to one travel expert.

Eoghan Corry was speaking as Aer Lingus says it's working to accommodate passengers who have been impacted by recent cancellations.

The Irish flag carrier cancelled six flights on Thursday, and a further four on Friday, due to COVID-related staff absences.

Airports across Europe are also asking airlines to cut flights because the staff are not there to process them. 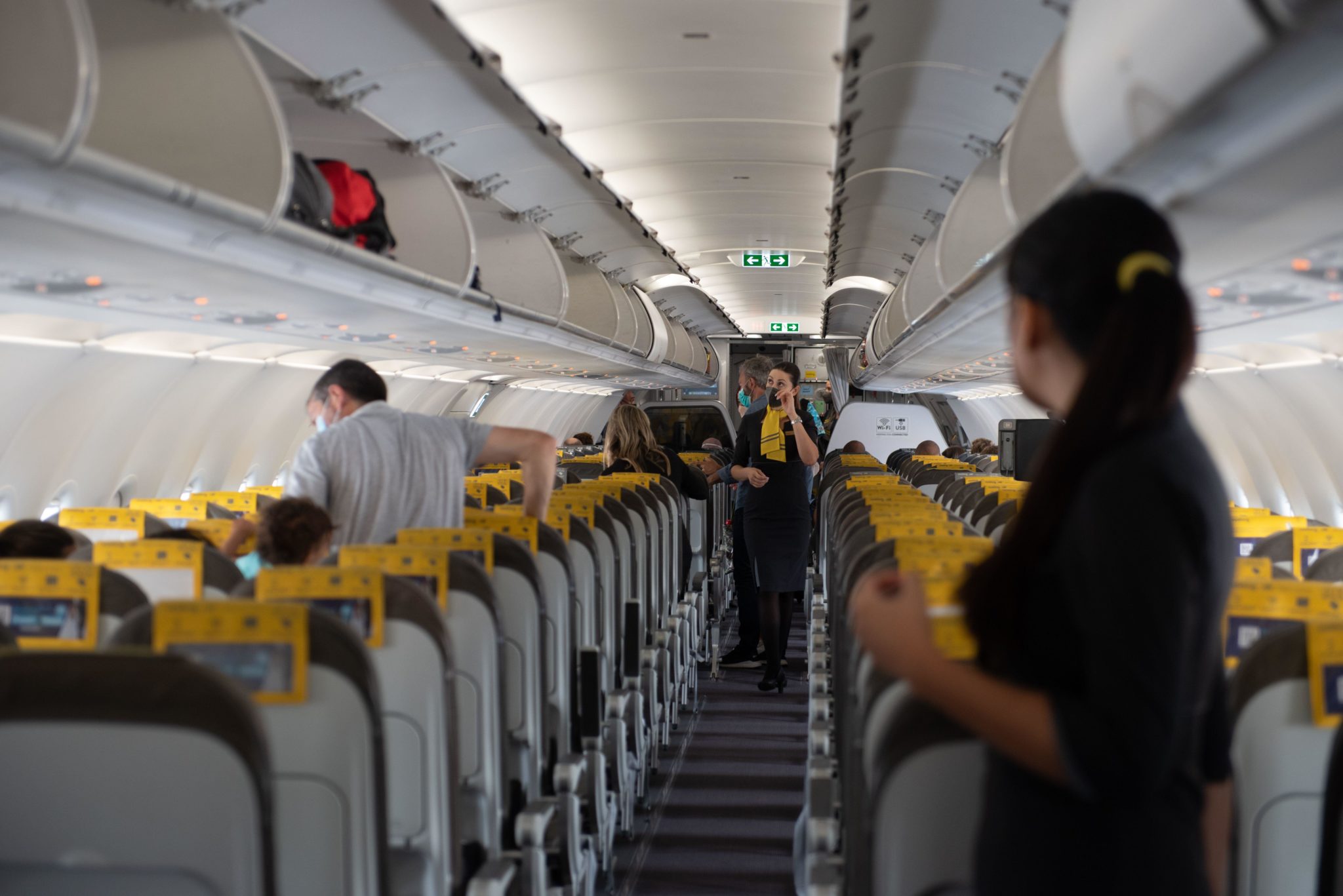 People walking in the cabin of a Vueling aircraft ahead of take-off in Barcelona, Spain in August 2021. Picture by: Martin Silva Cosentino / Alamy Stock Photo

Editor of Air & Travel Magazine, Eoghan Corry, told The Hard Shoulder operators are trying to work out what they can deliver.

"I suspect cancellations are going to be there all through the summer.

"Aer Lingus will obviously have explained that COVID abscenes put their schedule under a little bit of pressure.

"But a lot of airlines have jumped early on this: back in May, British Airways cancelled 10% of their entire schedule just on rostering.

"So all of the airlines are looking at what they can deliver, seeing that they're going to fall short of it.

"The two Irish airlines that handle most of the traffic - Ryanair and Aer Lingus - seem to have managed to keep it going until now.

"Where the cancellations will kick-in will probably again be external issues".

Here's what you can do if your flight is cancelled

And he says the majority of cancellations come the night before the day of travel.

"Cancellations will come in three types: there's two weeks to go [with] a little bit of trimming of the schedules - Aer Lingus have done that.

"The night before you generally get told by an airport to cancel... everyone gets contacted by e-mail and text, and rescheduled where possible.

"Then the real problem one, and I did a tot today: 27% of the flights cancelled in the last week in Dublin Airport were within six hours.

"So that's a big problem when passengers are already at the airport - I suspect we'll see less of that going forward".

Main image: A flight information board at Dublin Airport is seen during an air traffic control strike in January 2010. Picture by: PA Images/Alamy Stock Photo/Julien Behal