Eight people - including two with serious injuries - have been hospitalised after a crash involvi...

Eight people - including two with serious injuries - have been hospitalised after a crash involving a Dublin Bus and a car on the southside of the city.

The accident happened last night at around 10.45pm last night, at the junction of Northumberland Road and Haddington Road in Ballsbridge.

A total of eight eight people were taken from the scene by Ambulance to St Vincent's Hospital, including both occupants of the car.

Two of the passengers who were on the bus - both men - are said to be in a serious condition.

The car involved had failed to stop for gardaí before the collision, and Garda watchdog GSOC has been notified.

The bus was removed from the scene this afternoon. 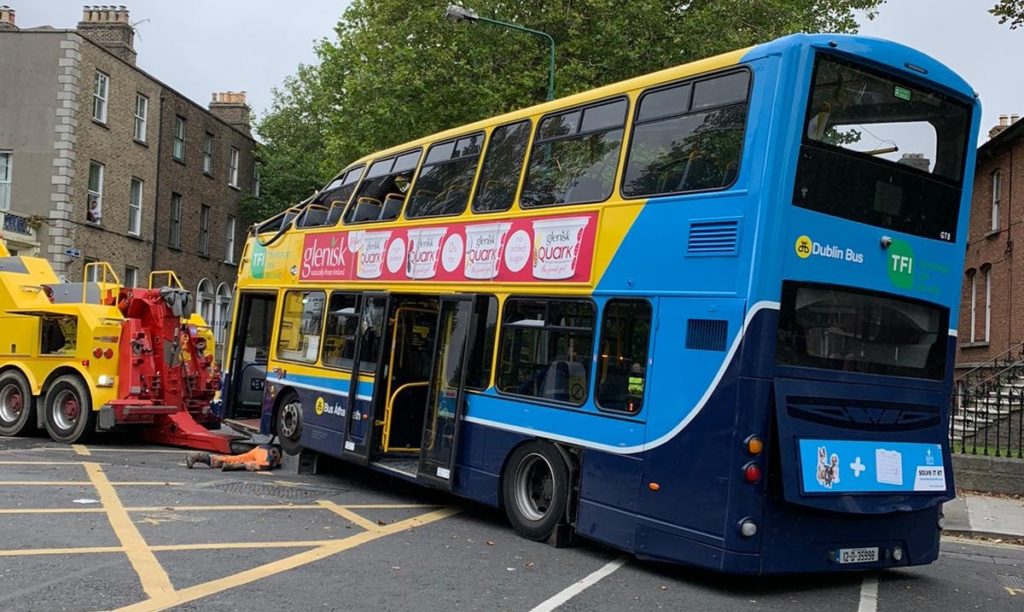 In a statement, Dublin Bus said: "There were four passengers on the bus at the time. The driver and passengers are attending St Vincent's Hospital.

"The matter is under investigation by An Garda Síochána and Dublin Bus has also commenced an internal investigation."

Gardaí at Irishtown are appealing for any witnesses to come forward.

They particularly want to speak to people who may have dash-cam footage from the area at the time.