A “very targeted and very deliberate” campaign of vandalism has caused over €30,000 worth of damage at a Dublin park over the past year.

He said the park has been targeted as part of an ongoing malicious campaign over the last year.

“There is an abundance of benches in Herbert Park but unfortunately, they are getting picked off one by one in the middle of the night,” he said.

Some of the damage deliberately caused to benches and bins at Herbert Park in Ballsbridge following a number of incidents in recent months pic.twitter.com/7Enn5apNT1

Gardaí are investigating the vandalism – but locals are calling for more patrols to prevent the attacks from happening.

Mr Byrne said there may also be a racist slant to the campaign.

“Somebody is actually deliberately bringing bins from surrounding roads, taking them down to the park and setting them on fire as well as the actual bins in the park so it is very targeted and very deliberate,” he said.

“A mural has been damaged and that really has a kind of a racial undertone to it, which is particularly disgusting.”

Another random of act of vandalism in our beautiful Herbert Park.

I will be raising this issue tomorrow with the Chief Superintendent for the area when I chair the South East Area Joint Policing Committee. pic.twitter.com/WuuPMWQnN7

In one part of the park, five benches in a ow have been targeted, with the wooden antique seating now black from the flames.

Meanwhile, one of the seats has completely collapsed in on itself.

On Newstalk Breakfast this morning, local councillor Dermot Lacey said that, whenever the culprits are caught, they should be forced to pay for the damage.

“In the last year of so there have been a series of vandal attacks on Herbert Park but, in the last few months, it has gotten increasingly worse,” he said. 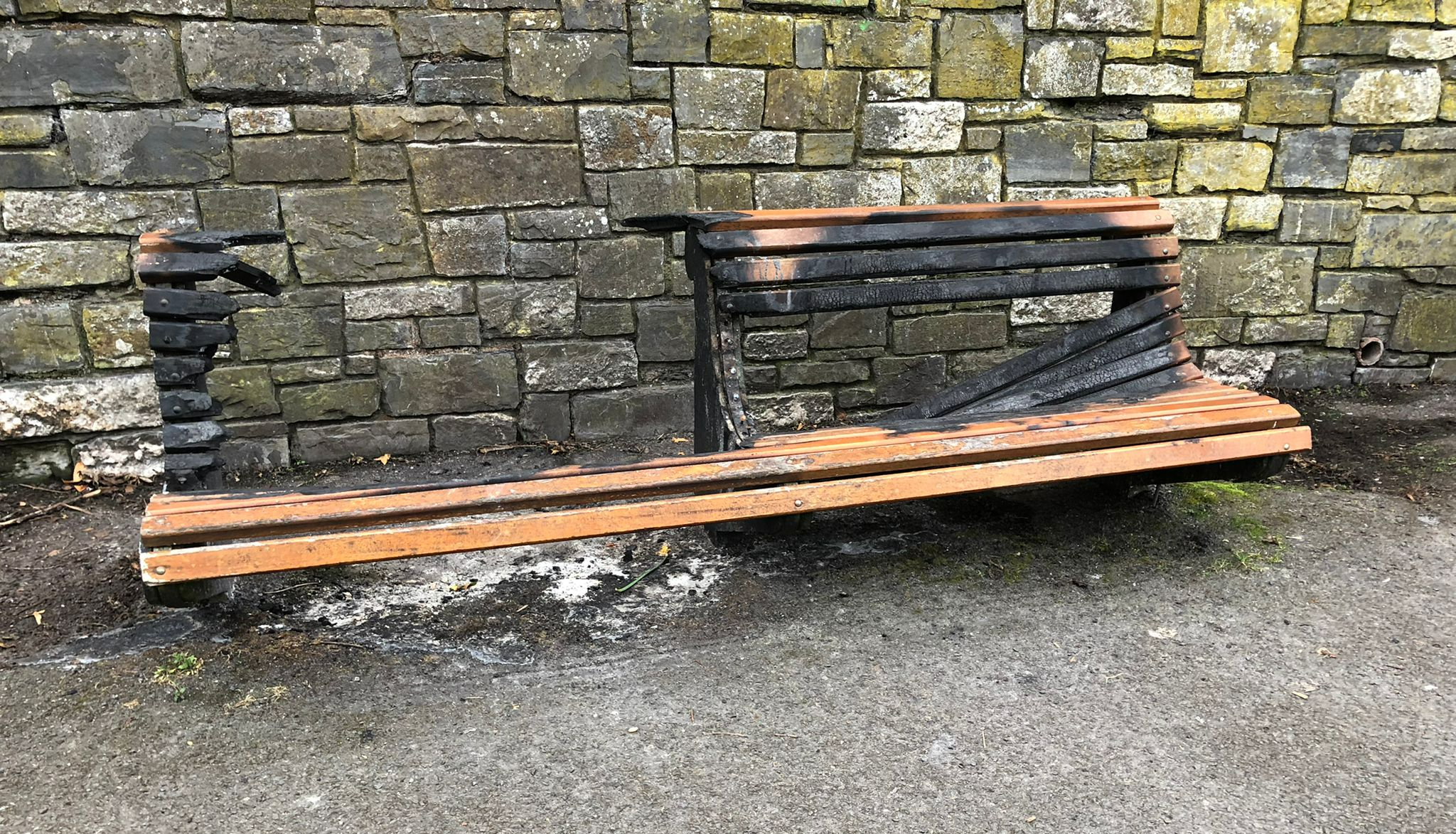 The fires that were set overnight, followed another incident last weekend.

These locals said it is hard to understand what the vandals are getting out of it.

“They didn’t all happen together,” said one. “They happened one after the other, so somebody was coming back, or a group of people were coming back to do it.”

“It is a pity, but I don’t know who is causing it,” said another.

“I find myself looking at the other benches everyday looking to see if it is going to spread. Why would you think it is a good idea to set a bench on fire? I don’t understand.”

Gardaí have yet to make any arrest and their investigation is ongoing.

'Pizza box only' bins installed in Blackrock and Dalkey