Drugs worth an estimated €101,700 were seized by Revenue officers at Dublin Airport yesterday....

Drugs worth an estimated €101,700 were seized by Revenue officers at Dublin Airport yesterday.

Officers discovered 4kgs of herbal cannabis worth around €80,000 during routine searches.

With the assistance of detector dog Blue, they also found 310g of cocaine with an estimated street value of €21,700.

The two types of drugs were concealed in parcels which originated in South Africa and were destined for an address in Dublin.

Revenue also made a number of seizures last weekend at the airport.

On Saturday, officers were granted a three-month cash detention order at the Criminal Courts of Justice.

This followed two seizures of cash worth €10,000 in denominations of Euro, US Dollars and Sterling. 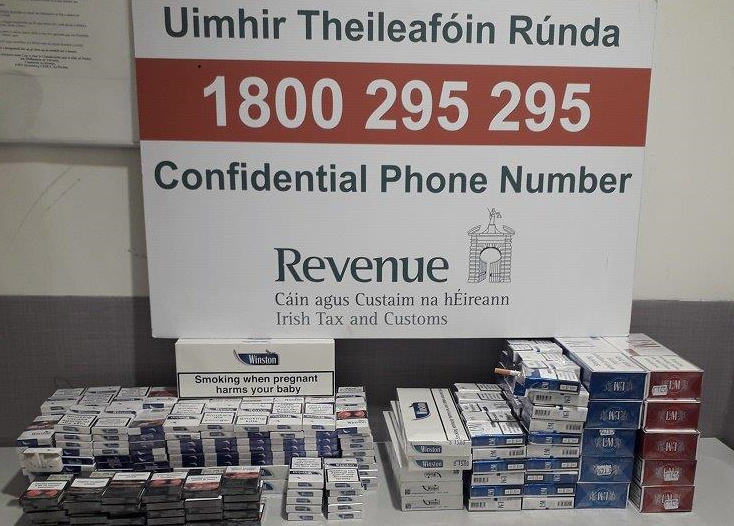 Cigarettes seized by Revenue at Dublin Airport over the weekend. Photo: Revenue

In a separate operation over the weekend, over 74,000 cigarettes of various brands including ‘Winston’, ‘L&M’ and ‘Marlboro’ and over 6.5kg of tobacco were also seized at Dublin Airport.

Revenue says that investigations are ongoing in relation to all seizures.

Man arrested after drugs worth €126,000 seized in Co Kildare