Some communities in Dublin's north-inner city are still living with drugs-related intimidation as a 'fact of life'.

Noel Wardick, CEO of Dublin City Community Cooperative, told Newstalk Breakfast that a monument to those lost their lives to drugs in the area - called 'Home' - is 'a living memorial'.

The gold flame in the middle of the structure is made up of mementos contributed by family members of those who had died from heroin addiction.

This includes objects such as holy communion medals, sporting medals and even pictures.

It has stood at the intersection of Sean McDermott Street and Buckingham Street for 20 years, but the issues are still very much alive. 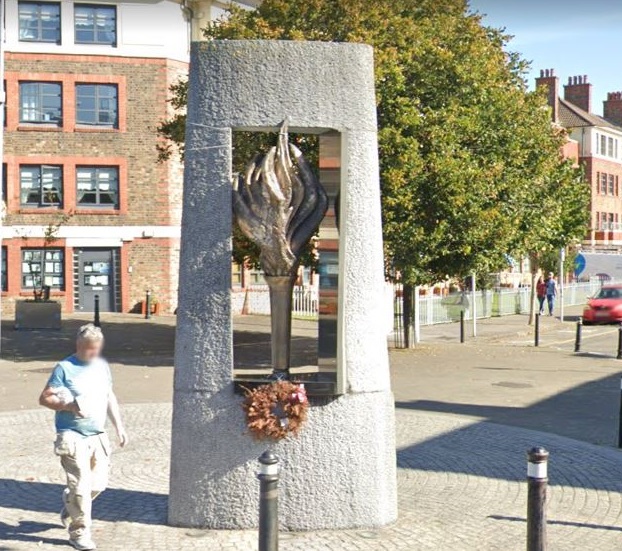 Noel explained: "It's not a historical monument to something that happened deep in the past, it's a living memorial in the sense that people in this community are still impacted severely by drugs, heroin, drug criminals and effectively a drug economy in the area."

"The reality for certain parts of the community is that drugs-related intimidation is a huge fact of life.

"It can be very brutal and it can be very subtle - but I think we all know that you don't have to even inflict pain and violence on people to scare people."

"So yes - there are certain parts of this community that live in constant fear and anxiety, which is no way to try and live and bring up a family".

He said community policing is what is needed.

"But equally, public health and violence are absolutely inextricably connected - violence and crime must be treated as a public health response, not a law and order response.

"We have sections of this community subjected to neglect for decades, and subjected to inter-generational poverty and disadvantage that needs to be addressed with a holistic approach".

He said housing and education play a big part.

"It's impossible to live a normal life and a healthy life, and bring up a family, if you don't have suitable housing and suitable accommodation.

"Nearly all the schools in the north inner-city are DEIS schools - education and disadvantage still remains a big issue in the area, despite the significant improvements over the last number of years".

Locals in North Inner City Dublin tells Shane Coleman that "drugs-related intimidation is a huge fact of life" - but what is the reality? @NTBreakfast pic.twitter.com/PNQAJY8URK

'Worn down at this stage'

While Darryl O'Callaghan, who grew up in the area, now owns and runs his own shop.

"There's people that would have a certain perception of this community, so when they're walking - even if they need a drink, a smoke or credit for their phone - a shop on Sean McDermott Street is not exactly where they're going to stop.

"And unless the perception of that changes, it's always going to be harder to run a business there than anywhere else".

He said while some things in the community have improved, it came from a lower starting-off point.

"I've definitely seen improvements - even the people I've grown up with, some of them have better careers than their parents.

"But an improvement on a situation that was very low, or almost rock bottom, isn't great".

He said the will to change anything is 'worn down at this stage'.

"There's a big lack of people reaching out to the right people".

But he said he wants his children to have better opportunities.

"I have two young children who I want to rare, and there's a lot of obstacles and a lot of problems and a lot of things in this community which I'll do my best to shield them from.

"Unfortunately that means, probably, keeping them out of parts of this community as much as possible.

"I wish it was different, but it's too risky".

Main image: The Emergency Response Unit (ERU) of the Gardaí check cars around Our Lady of Lourdes Church on Sean McDermott Street in Dublin in 2016.