Ministers sign off on laws to re-open indoor dining

Updated: 21.20 Ministers have signed off on laws that would allow only those with significant imm...

Ministers sign off on laws to re-open indoor dining

Ministers have signed off on laws that would allow only those with significant immunity to COVID-19, through vaccination or recovery from the disease, to access indoor dining.

There will be a three-month limit on the legislation, but it could be extended beyond October.

There will also be a €2,000 fine for forging a COVID-19 vaccine cert to get access to indoor dining.

A formal date for the re-opening of indoor dining may not be agreed until Tuesday.

Cabinet ministers were earlier briefed on the legislation over the phone, ahead of a full Cabinet meeting on Tuesday morning.

The new laws will allow full vaccinated people, or those recovered from COVID-19, to dine indoors starting sometime next week.

Unvaccinated children can also be accompanied by both of these groups.

Taoiseach Micheál Martin says the Government is taking a cautious approach to its re-opening plans.

"The entire objective of Government is to safely re-open the economy, and so far we've been doing that well.

"We want to protect that re-opening and consolidate it on the principle that what we open we keep open - and the same applies to indoor dining and hospitality.

"And I do understand fully their frustration, but it's not actually Government - it's COVID, COVID has wreaked terrible damage".

Speaking earlier, Mr Martin said they had not agreed an exact date yet.

"The Government meeting tomorrow will make a decision on that - I don't necessarily want to pre-empt it, but we are working towards a clear timetable.

"Both in terms of the formulation of the plan, but also working with the industry in the negotiations - discussions might be a better word - that took place over the last week, which were constructive."

"Today will be the legislation, tomorrow Cabinet will assess a memorandum in relation to the phased re-opening of indoor dining and hospitality in terms of different measures over time.

"But in the initial phase, following closely the advice of NPHET, we did say we'd have a plan by the 19th - we will have a plan to facilitate the re-opening of dining and indoor hospitality". 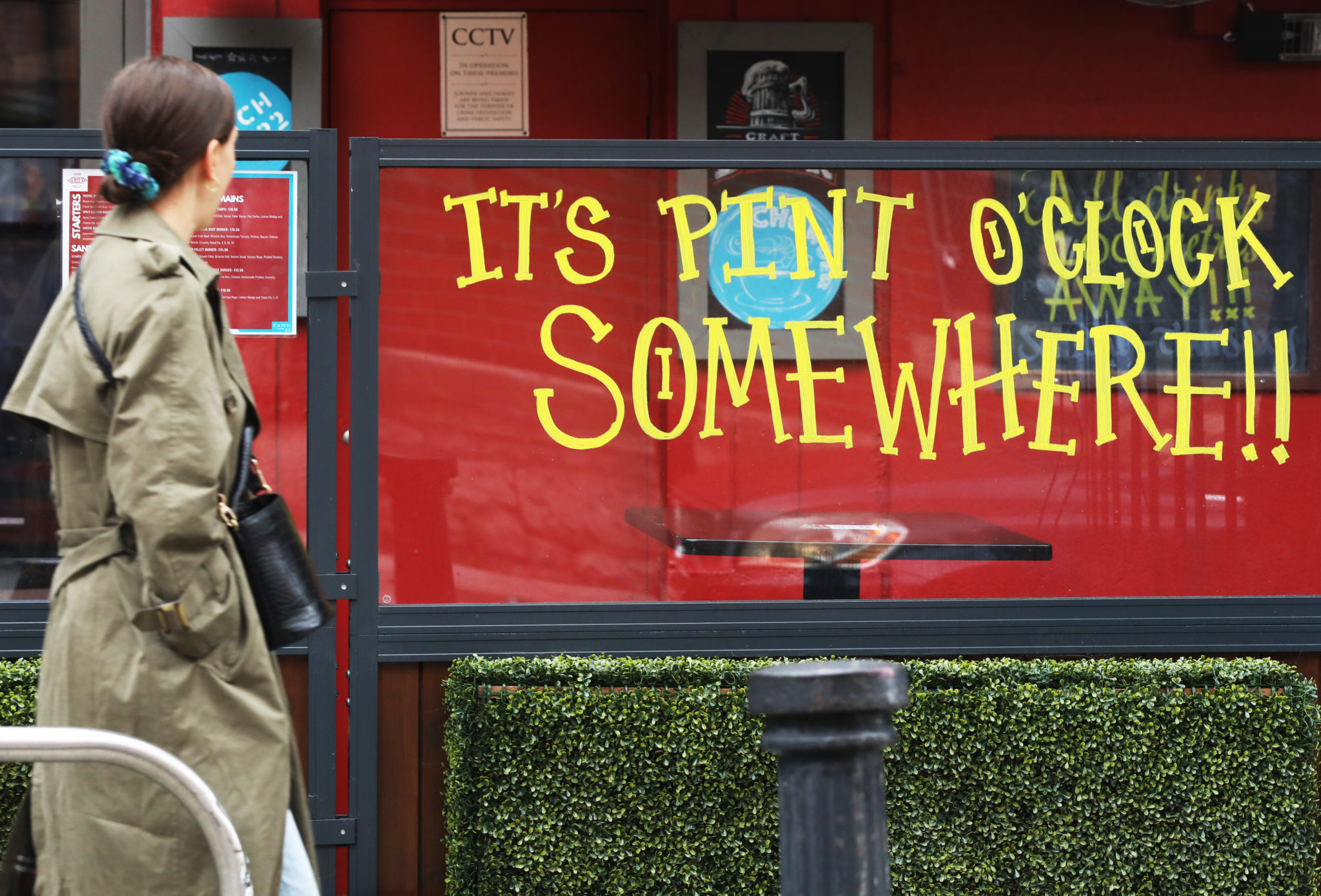 A woman walks past Bar Rua in Dublin city, as Cabinet is due to sign off on plans to re-open indoor hospitality in bars and restaurants. Picture by: Leah Farrell/RollingNews.ie

"While no date has been given yet it is ranging from where we would like to see indoor dining opened on the 19th to as far as the 26th – but it could be any day in between those two dates."

He said it was essential that families be allowed to eat together as the holiday season gets into full swing.

"It is a matter for public health but solutions have been put on the table which we believe are workable so that families can dine indoors especially during the summer months where people will be on their staycations across the country.

"It is important we give them the opportunity to dine as a family unit indoors."

While the Vintners Federation of Ireland CEO, Padraig Cribben, said normal service must resume in the autumn.

"We believe there should be a sunset clause in this legislation and these measures should not be required any longer than the end of August beginning of September when all of the adult population has been offered a vaccine," he said.

He said the plan is not the preferred option of the VFI – but said it is better than remaining closed.

"There is a lot of mixed feeling but by and large people are realising that it’s is either this or there won’t be an option to trade until September or October".

While EU Digital COVID Certificates are being issued to people who have been fully vaccinated.

The Department of Health says the process is expected to be fully completed by Tuesday July 20th.

'We can never rule out' measures to reduce COVID spread - Martin