There have been 313 new cases of coronavirus confirmed in Ireland. Latest available figures also ...

There have been 313 new cases of coronavirus confirmed in Ireland.

Latest available figures also show 53 patients are in hospital with the virus - 15 of those are in intensive care.

The five-day moving average is static at 308. 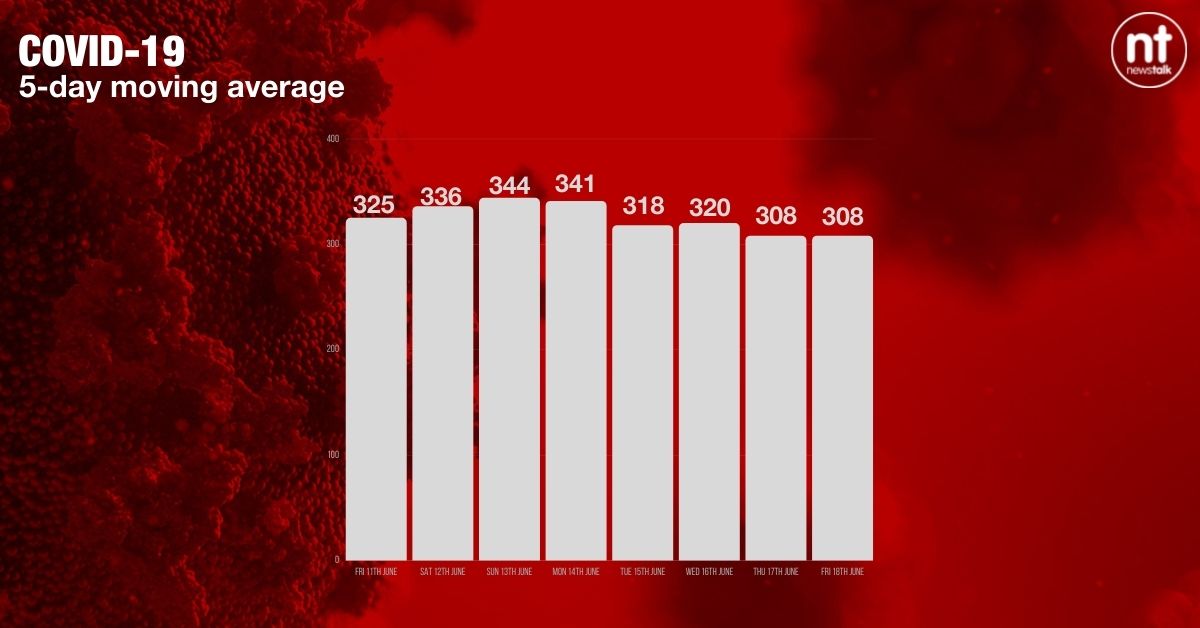 However the Department of Health has said the numbers may change due to a future data validation.

While Professor Philip Nolan, chair of NPHET's Epidemiological Modelling Advisory Group, has said the data is showing 'hope and optimism'.

While he said the seven-day average case count has seen a 27% drop for the last five Fridays.

"The numbers of people in hospital and ICU are less than half what they were six weeks ago," he said, while new admissions are low.

He added: "We see incidence falling in adults aged 40-65 as vaccines take effect.

"One by one, from the oldest age group (60-64) down, incidence falls, precisely at the point we would expect - given the dates when each group was vaccinated and the time to effectiveness of the vaccines."

Prof Nolan also said that incidence has fallen "significantly" in children of school-going age over the past three weeks.

And Prof Nolan reminded people to get their vaccine "as soon as it's your turn".

Main image: Professor Philip Nolan, chair of NPHET's Modelling Advisory Group, at the update on COVID-19 in the Department of Health in January 2021. Picture by: Sasko Lazarov / RollingNews.ie