The coronavirus rate in Monaghan is now higher than in Dublin. The latest figures from the Health...

The coronavirus rate in Monaghan is now higher than in Dublin.

The latest figures from the Health Protection Surveillance Centre (HPSC) show that there were 166.2 confirmed cases of the virus for every 100,000 people in Monaghan over the last two weeks.

The rate in Dublin has risen to 162.9 while Donegal still has the highest rate in the country at 218.6. 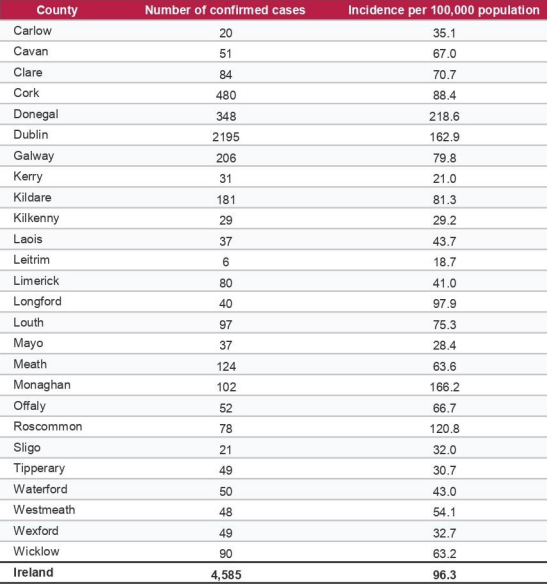 New restrictions on gatherings are set to come into force from midnight tonight as the national 14-day rate rose for the 22nd day in a row.

The country is to remain at Level Two restrictions for the next three weeks – with the Level three restrictions in Dublin and Donegal to be reviewed next week.

On The Pat Kenny Show this morning, Trinity Professor Tomás Ryan said it is time to think about a new national approach.

“I don’t think we can live in this sort of yo-yo behaviour of going into Level Four to Three-and-a-half, to Two and back to Three and Four, just to keep our head above water and prevent our hospitals becoming overloaded with COVID patients,” he said.

“I think we need to have an inclusive public discussion about, where are we going with this? What is the end goal where we want to live with this pandemic?”

He said the reproductive rate of the virus is currently around 1.5 with the number of cases growing exponentially.

“We need to get this under control because now we are seeing rising hospital admissions, rising ICU cases and we will see rising deaths because this is affected the elderly and vulnerable population,” he said.

Lifford-Stranorlar in Donegal now has an incidence rate of 602.6 over the last 14 days, with parts of Monaghan now above 200. 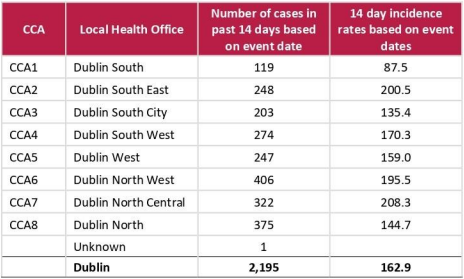 Dublin North Central still has the highest levels in the capital at 208.3, with Dublin South East now sitting on 200.5.

Fawlty Towers set for reboot after over 40 years