Health officials have announced a further 368 confirmed cases of coronavirus alongside, 14 furthe...

Health officials have announced a further 368 confirmed cases of coronavirus alongside, 14 further deaths.

12 of the deaths happened in March, with one in February and one in January.

This morning, there were 310 COVID-19 patients in Irish hospitals, a fall of 21 on yesterday.

Meanwhile, there were 67 in intensive care, three fewer than yesterday. 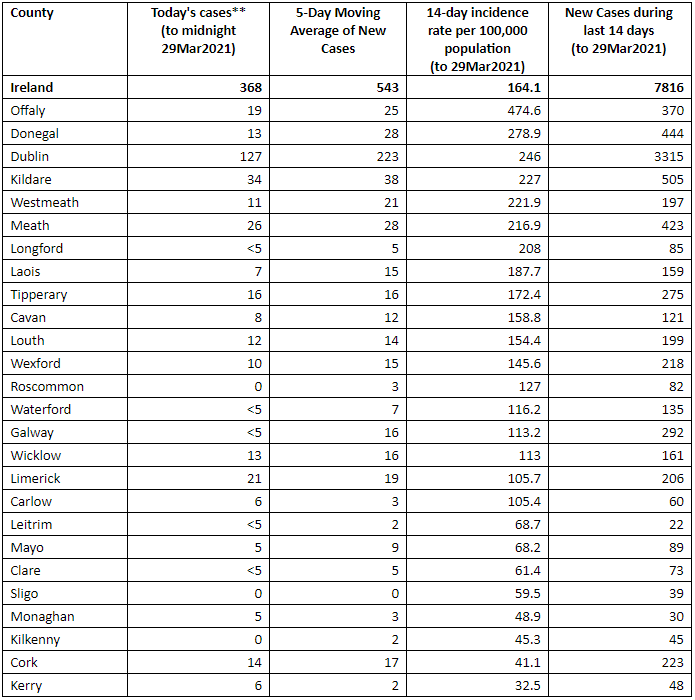 Offaly still has the highest rate in the country at 474.6, with a total of seven counties reporting rates higher than 200.

The seven-day incidence of the virus now stands at 84.1, while the five-day moving average is now 543.

As of Saturday, a total of 802,502 vaccine doses had been administered in Ireland.

In the next hour, the Taoiseach Micheál Martin will address the nation on what public health restrictions can be eased in the coming weeks.

The plans discussed at Cabinet this afternoon included: